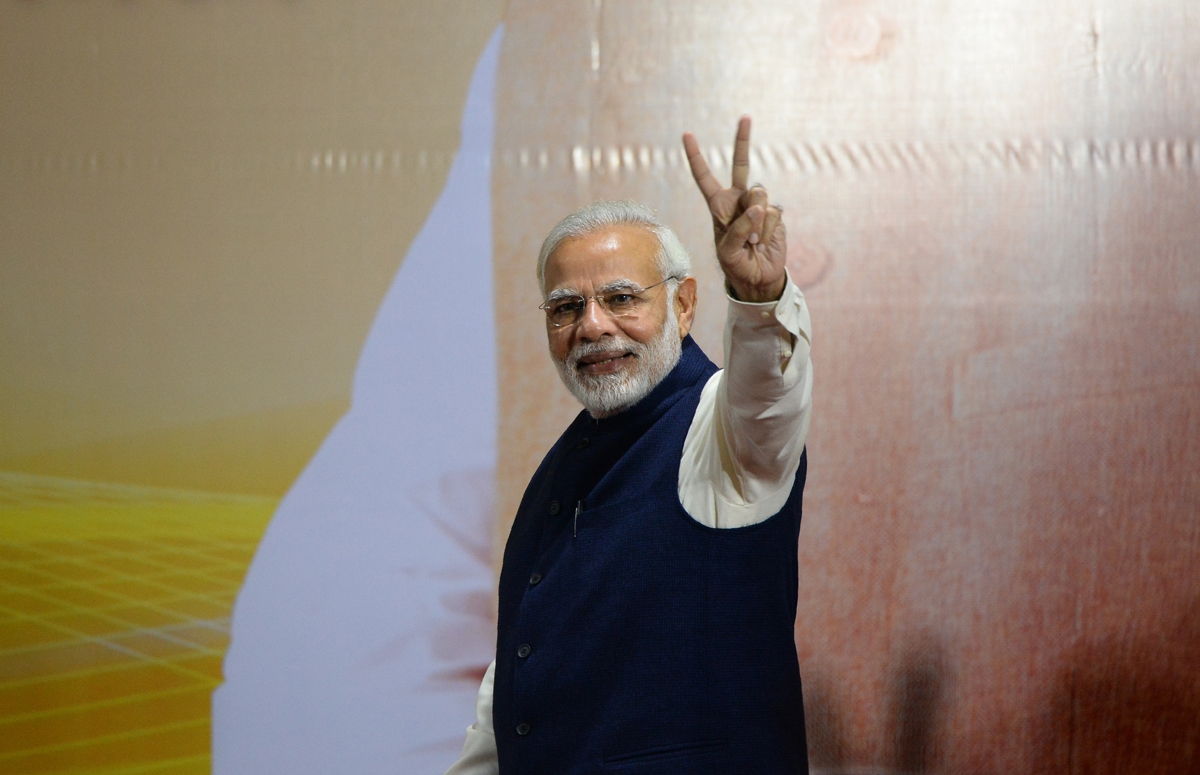 On January 10, Bobby Ghosh will join Alyssa Ayres and Tom Nagorski for a conversation about India in 2018 at Asia Society. The program will be available worldwide via free live webcast starting at 8:30 a.m.Learn more

It may not get a lot of attention in the U.S. foreign policy discussion these days — mostly due to the pressing situation in North Korea — but 2018 is shaping up to be a pivotal year for India. Elections in eight Indian states will help determine the future of the Bharatiya Janata Party (BJP) and its powerful leader, Prime Minister Narendra Modi, who is up for re-election himself in federal elections scheduled for 2019. Then there's the question of the economy, which teetered somewhat last year following a controversial currency redenomination that removed more than 80 percent of bank notes from circulation. In addition, India dealt with a contentious border disagreement with China among other foreign policy issues.

To get a better sense of where the world's largest democracy is heading in the new year, Asia Blog caught up with Bobby Ghosh, a veteran journalist who most recently served as editor in chief at the Hindustan Times. The conversation has been edited for length and clarity.

What have been the consequences of the bank redenomination? Did it have the intended effect?

I don’t think so. Most economists who have taken a close look have agreed that it was a monumental gamble that didn’t pay off. The most optimistic analyses I’ve seen suggest that there was little effect, positive or negative. But other analyses I've seen showed that it did do at least some short-term harm. It put a lot of pressure on ordinary Indians who depend on cash since this has traditionally been a cash economy.

The government offered several different reasons for why they did this. One was to fight black money, and another was to find a way to tackle counterfeiting —  though that’s counterintuitive. Typically, when you’re trying to go against counterfeiting, you tend to eliminate larger denominations, not smaller ones. The larger the denomination, the more counterfeiters benefit. That's why this didn’t strike me as a credible explanation.The government also suggested that revaluation was a way to fight terrorism funding, something that is hard to prove one way or the other.

The effort left a very poor image of the government’s preparedness. It was very badly planned and executed, and the new notes took quite a long time to enter circulation. Senior figures in government seem to have been caught completely unaware by the problems. So on balance, the government didn't achieve what it had intended to achieve.

Ellen Barry spoke at Asia Society last year about a series of articles she wrote exploring why Indian women are departing the labor force. Do you see India improving in this regard in the year ahead?

Given how far back women were in India, there has been some improvement. But the fact that data shows that more women are getting out of the workforce is something that the government of any developing country ought to be very concerned about. There have been all kinds of explanations, but none of them ring completely true to me.

The fact that so many women are dropping out of the workforce is not a sign of a healthy society or a healthy economy. It suggests that there’s something amiss in the corporate sector. I imagine government planners are quite concerned about it.

There are a number of important state elections in India in 2018, and of course there’s a major national election in 2019. What are some things to look out for?

There was quite a pivotal election in Gujarat, the prime minister's home state, last month, one in which the opposition made it a very important battle. The BJP won by the skin of their teeth.

But the nature of the election was somewhat alarming. Toward the end, as polls indicated that the results were going to be close, the ruling party resorted to nasty tactics such as questioning the loyalty of former prime minister Manmohan Singh and suggesting that Pakistan was trying to influence the results in the country. This stuff is very dangerous at the best of times, but it’s particularly dangerous when the prime minister’s party is attached to it. And it indicated that BJP was basically nervous about the outcome.

How would that affect things in 2018? That’s something I’ll be watching very closely. If that election rhetoric continues into the new year, then that would bode poorly for India.

Also, BJP continues to depend overwhelmingly on the personality and popularity of the prime minister, which does not seem to be in doubt — he is indeed very popular. But it’s not a good indication of things when the party is too dependent on one man. That’s the sort of thing we used to see with the Communist party, and we know how that story ended.

One of the biggest stories from Asia in 2017 was the border dispute between China and India. How do you see relations between the two countries going forward?

Doklam [the site of this year's dispute] is in a very remote area and it’s not always possible for journalists to go out there and get an independent assessment of how things are going. It’s really hard to know how much of what the government is saying is heightened propaganda versus reality on the ground. But we have a situation where both sides are claiming victory, which means it’s far from resolved.

How will the U.S. decision to cut aid to Pakistan affect India?

The initial response in India was satisfaction. India has been arguing for decades that Pakistan is a country that supports terrorism and allows terrorists to operate freely from bases within its territory. Previous American administrations have wagged a finger at Pakistan, they never actually did very much. So India feels satisfied and vindicated that its position on Pakistan has finally, if you’d like, been adopted by the United States.

More hard-nosed defense and counterterrorism analysts in India are cautioning, though, that this won’t be the end of Pakistan’s ability to make trouble for India. They point out that Pakistan has other places to turn to for financial and military aid. China has indicated directly and indirectly that it’s willing to step into the breach left by the United States, and Saudi Arabia and other Gulf states provide a lot of financial aid to Pakistan. A couple of billion dollars, if that is indeed the amount of aid that won’t go to Pakistan, isn’t as big a deal today as it was 10 years ago.

China is a crucial ally to Pakistan and there have been indications for many years now that Pakistan was becoming closer and closer to China in anticipation of a cooling of relations with the U.S. At the end of the day, India feels vindicated by the U.S. position — but I don’t think anyone in India is holding their breath that this is the end of terrorism coming out of Pakistan and of separatism in India.