3 Questions on the China/India Border Dispute 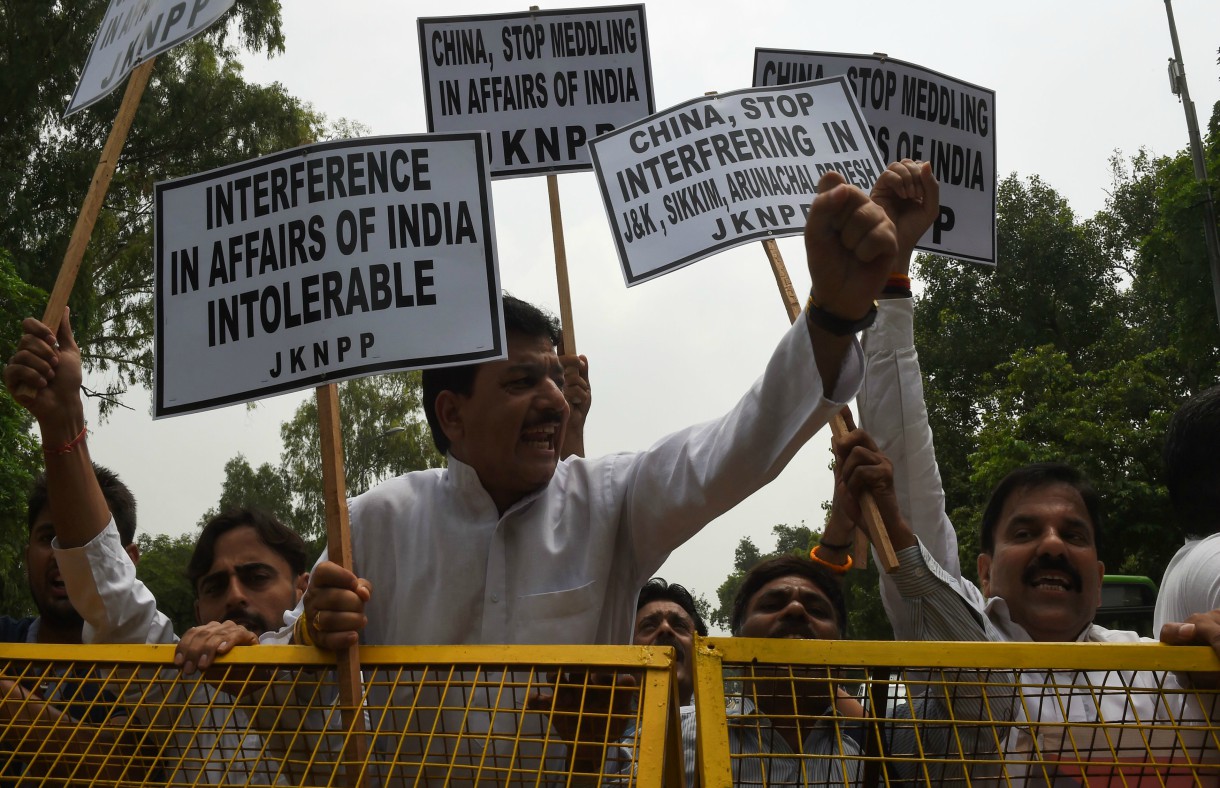 As the world's attention has focused on the North Korea nuclear crisis, Asia's two largest countries have been enmeshed in a tense border dispute. Since June 18, Indian and Chinese troops have engaged in a stand-off in Doklam, an area in the Himalayas some 10,000 feet above sea level, following China's decision to extend an existing road in the area. The dispute has also involved nearby Bhutan, a tiny Himalayan kingdom whose foreign policy is often defined by its much larger neighbors. And while both sides have every reason to avoid war over this issue, two months have passed without a resolution to the crisis.

In order to get a better sense of the origins of the dispute, as well as find out what's at stake, Asia Blog caught up with Asia Society Policy Institute Assistant Director Anubhav Gupta.

Prior to this dispute, how would you characterize the state of China-India border relations? Did this come out of nowhere?

Skirmishes on the 2,500-mile India-China border are a common occurrence, and usually, disputes are resolved without much fanfare. Bilateral border management agreements have allowed India and China to quickly and peacefully conclude most disturbances. However, a few incidents have escalated enough to attract international attention and require diplomatic problem-solving. Since Xi Jinping became president of China, there have been three major standoffs on the border: one in April 2013, a two-week standoff in Ladakh the following year during Xi's visit to India, and now the current situation in Doklam.

The Doklam standoff is unique for a few reasons. First, it is not taking place in territory disputed between India and China, but rather in an area claimed by Bhutan and China, making it the first time Indian forces have challenged China in a third country. Second, this border area near the Indian state of Sikkim has actually been relatively peaceful in the past — most recent border incidents between India and China have taken place in the northwest in Ladakh or in the northeast in Arunachal Pradesh. Third, the incident has been going on for over two months, making it the longest border standoff between the two countries since the 1980’s.

Doklam is also significant because it comes at a time when India-China relations are already quite tenuous. Over the past two years, bilateral relations have soured significantly for a number of reasons. China’s strengthened friendship with Pakistan and Beijing's growing presence in South Asia and the Indian Ocean region have alarmed India. China also blocked India's prospective membership in the Nuclear Suppliers Group (NSG) and has not supported Indian efforts to sanction Pakistani militant groups in multilateral fora. India, for its part, has upset China by engaging with the Dalai Lama and spurning Beijing's Belt and Road Initiative (BRI).

China’s decision to continue building a road in disputed territory — the origin of the Doklam standoff — and India’s decision to interject is a sign that the two Asian powers are standing up to one another more stridently than they have in the past.

What kind of role does Bhutan play in the context of Sino-Indian relations?

Bhutan does not have formal diplomatic ties with China due to long-running territorial disputes and the Himalayan country's strong historical ties to Tibet. Meanwhile, Thimphu has historically been closely allied with India. The 1949 Friendship Treaty between the two gave Delhi an explicit role in guiding Bhutan’s external relations. Though the treaty was revised in 2007 to diminish India’s role, it still states that the two countries “shall cooperate closely with each other on issues relating to their national interests” and that “neither government shall allow the use of territory for activities harmful to the national security and interest of others.” India has pointed to this treaty to justify its interference at Doklam.

History suggests that Bhutan would vocally take India’s side in the Doklam standoff. But bizarrely, Bhutan has been quiet, issuing only one statement asking China to withdraw — but not mentioning India at all. Bhutan’s public reticence to taking the Indian side may have to do with the fact that Thimpu wishes to resolve multiple border disputes with Beijing and is likely worried about getting caught up in an active China-India conflict. As democracy has taken hold in the country, Bhutan has also shown growing frustration with its dependency on India and what some perceive to be Delhi’s overbearing approach to the kingdom.

This makes Bhutan’s role in the current standoff interesting and important. Bhutan has become ground zero for strategic competition between India and China in South Asia. India claims to have intervened on Bhutan’s request, but China, on the other hand, contends that Bhutan did not invite India to intervene and that Delhi is once again infringing on the small kingdom’s sovereignty. This puts Bhutan in an unenviable position — caught between two giants — and may explain its silence during the current border standoff.

What do you think happens next in this dispute? What are the risks to broader Sino-Indian relations?

Neither side wants or can afford a war, making deliberate escalation unlikely. But it's not out of the question. The probability of China resorting to force remains low given the costs of war, but this depends on how far China wants to go to show that it is serious about defending what it considers Chinese territory, and how strongly it is willing to push back against challenges in its neighborhood.

Just this month, Xi Jinping declared in a speech, “We will never permit anybody, any organization, any political party to split off any piece of Chinese territory from China at any time or in any form.” How strongly does he hold to that view and how seriously should the world take him? With nationalist furor high in China and an important Party Congress this fall, there is little hope that Xi will back down unilaterally anytime soon. So the most realistic scenario right now appears to be a prolonged standoff in Doklam.

The more immediate danger is the risk of an accident leading to active fighting on the border. Both sides need to work diplomatically to ensure that such a scenario does not materialize in Doklam, but also that flare-ups elsewhere on the India-China border don’t spiral out of control. It is very dangerous that in the midst of the Doklam standoff, a troubling skirmish took place between Indian and Chinese troops in Ladakh on August 15.

The rhetoric emanating from both sides, especially China, has been more pointed and heated than during previous standoffs. Unlike India and Bhutan, China has been vigorous in its public diplomacy, issuing numerous statements as well as a 15-page dossier outlining the facts and claims as China sees them. Beijing clearly wants to increase pressure on India, but the back and forth can inflame relations as well.