Weekly Rewind: Stand-Up Comedy in China, The World's Biggest Temple, and the 'Forgotten' Kingdom of Sikkim 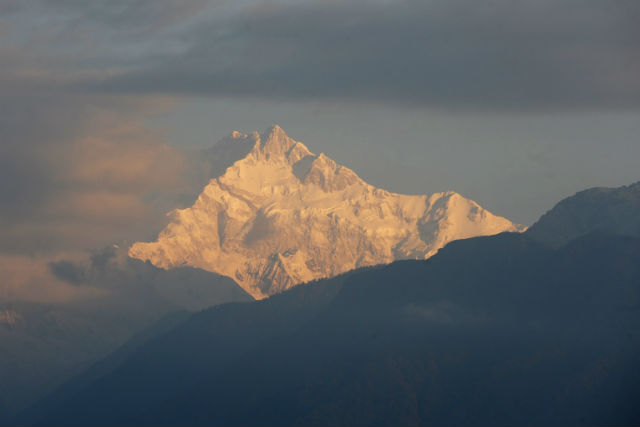 A proposed temple project in India’s impoverished Bihar province could surpass Angkor Wat as the world’s largest religious monument. Named Viraat Ramayan Mandir (Majestic Ramayan Temple), the proposed temple would be owned by a private trust that plans to invest $78 million in the project.

Stand-up comedy is beginning to catch on in China. Christopher Beam explores the phenomenon in a feature for The New York Times Magazine, surveying the career of comedian Joe Wong as a case study. Learn about the cultural context behind the rise of Chinese stand-up comedy, then read Joe Wong’s recent interview with Asia Society.

What Is Killing Off Kazakhstan's Rare Antelope?
Mark Baker and Merhat Sharipzhan | RFE/RL

“Herds of one of Central Asia's most iconic animals, Kazakhstan's saiga antelope, are dwindling rapidly and no one seems to know why.” According to recent estimates, up to 30,000 saiga have died in Kazakhstan’s Qostanai region. With a total population of approximately 260,000 animals, the endangered species is considered a symbol of Central Asian culture.

The Techno-Islands That May Replace the Maldives
Maddie Stone| Gizmodo

With an average ground elevation of less than five feet above sea level, Maldives is the world’s lowest country. Rising sea levels around the globe are raising concerns for the future of the island nation. In a speculative project to preserve the islands, architect and photographer Mayank Thammalla has reimagined the Maldives as a “techno-landscape, composed of oil rigs transformed into standalone ocean cities.”

The population of Ulan Bator is surging, and tens of thousands of migrants have settled in the periphery of the Mongolian capital city, living in tent-like yurts made of felt. Because they are not connected to the city’s central heating grid, many residents burn coal to stay warm. Reporting from Ulan Bator, Terrence Edwards analyzes the how this trend has impacted the city.

See historical photos of Sikkim, a Himalayan nation annexed by India in 1975 and declared its 22nd state.

Stunning photos show why S. Korea is the plastic surgery capital of the world
Ana Swanson | The Washington Post

Catch a glimpse of photographer Ji Yeo’s exhibition It Will Hurt A Little, which documents the experience of plastic surgery in South Korea.

Take a tour of the now-abandoned Japanese island of Hashima, which was once a densely populated coal-mining hub. The island is under consideration for inclusion in the United Nations’ list of World Heritage sites. This has garnered criticism from South Korea due to the island’s history of forced Korean labor during World War II.

"We are not ignoring the migrant problem, but ... we will not accept the allegations by some that Myanmar is the source of the problem.”

20 – The percentage of women in South Korea who have had “some form of cosmetic work" (in comparison to 5 percent of American women). [Washington Post]