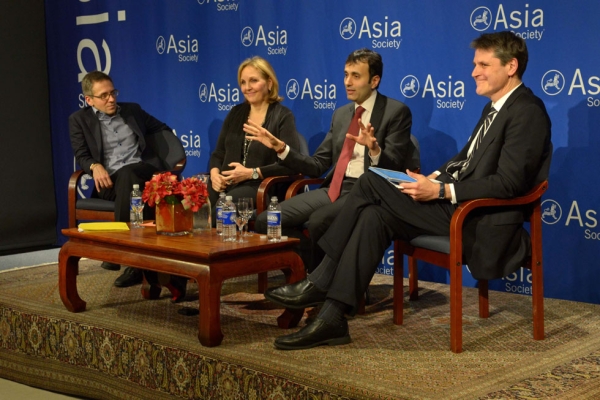 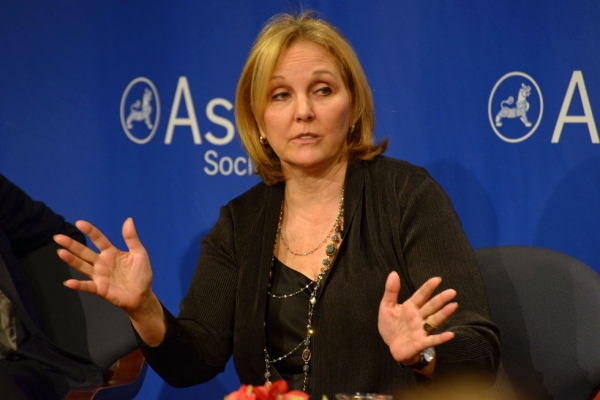 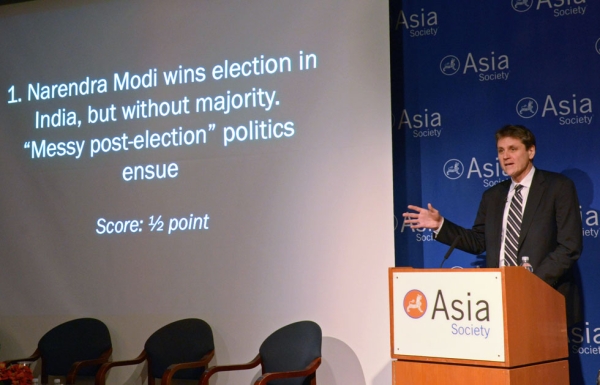 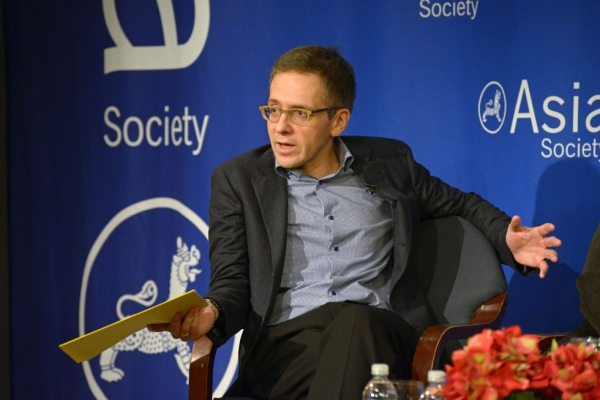 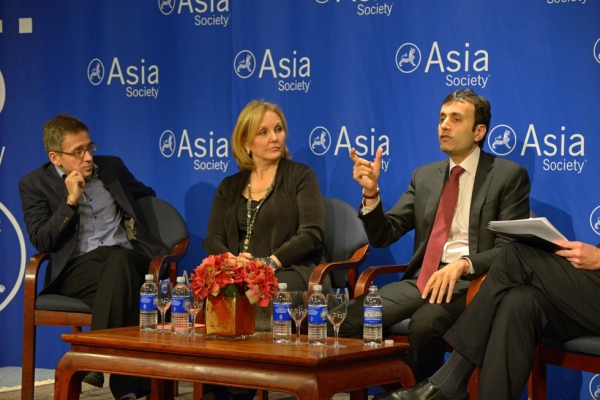 In what was billed as a "freewheeling" year-end discussion at Asia Society New York last night, Eurasia Group President Ian Bremmer, Morgan Stanley Investment Management's head of Emerging Markets and Global Macro Ruchir Sharma, Asia Society President Josette Sheeran, and Asia Society Executive Vice President Tom Nagorski reflected on the year that was and speculated on what 2015 may have in store, both for Asia and for the rest of the world.

The panel took note of up-to-the-minute developments like this month's worldwide plunge in gas prices, which led Bremmer to suggest that low energy prices presented a "huge gift" to Chinese President Xi Jinping, and, at least in the short term, would benefit his plans for economic reforms.

Sharma took a more jaundiced view of China's prospects. Calling it "a country I used to be really optimistic on," he speculated that the Chinese reliance on debt to maintain its remarkable growth-rate is likely to have long-term negative consequences. "The biggest risk, currently, is how does China handle this massive debt build-up which it has taken in the last five years or so."

For her part, Sheeran noted that "Ten years ago in China, everyone I talked to wanted to be Bill Gates. Today everyone in America wants to be Jack Ma."

But while it would be easy to continue quoting four such opinionated and informed speakers, we'd rather just send you straight to the tape, as it were. In the clips below and in the complete video of the program, the panelists weigh in on such disparate topics as the possibility of a nuclear deal between Iran and the United States, the forthcoming Indian union budget and what it will say about Prime Minister Narendra Modi's agenda in his second year in office, and the status of the Sony Pictures Entertainment release The Interview, about a fictional CIA attempt to assassinate the North Korean leader Kim Jong Un.