US-China Film Summit: The Training Wheels Are Coming Off, But That’s Not Necessarily a Good Thing | Asia Society Skip to main content

US-China Film Summit: The Training Wheels Are Coming Off, But That’s Not Necessarily a Good Thing 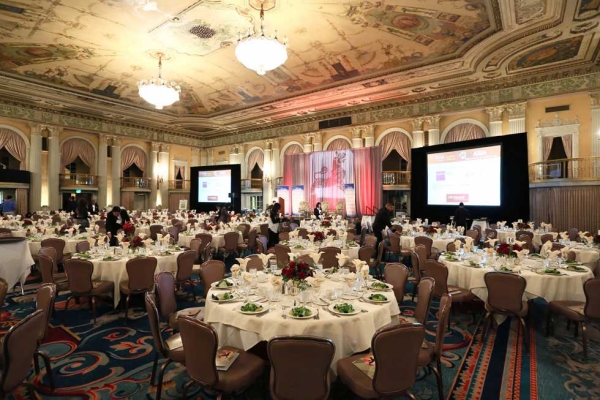 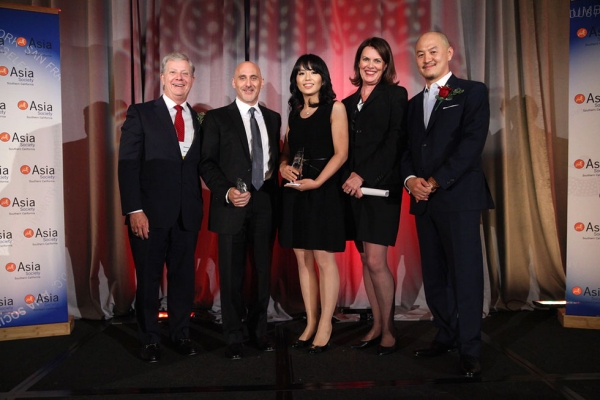 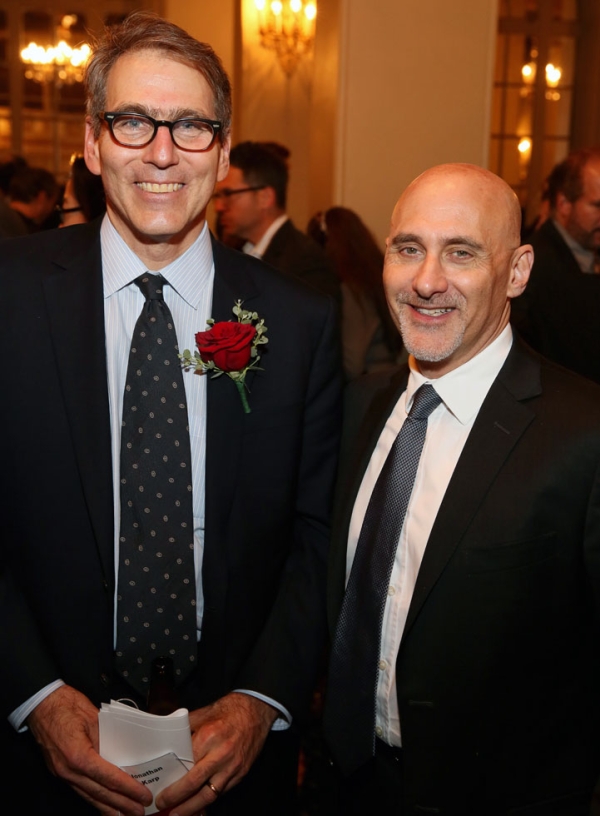 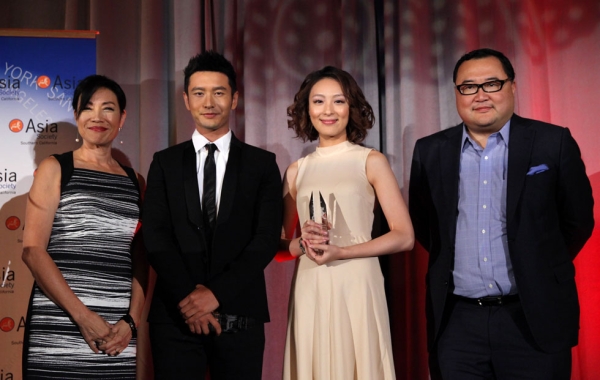 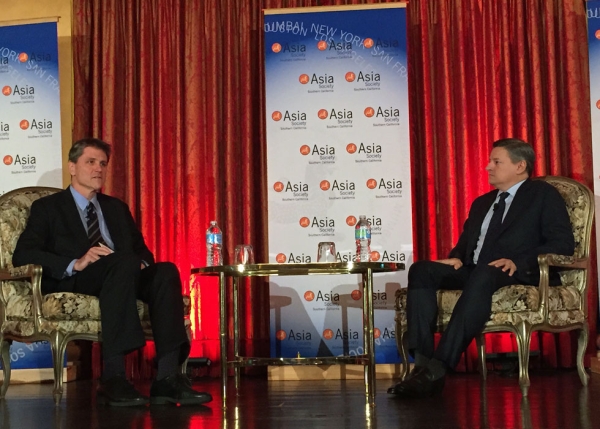 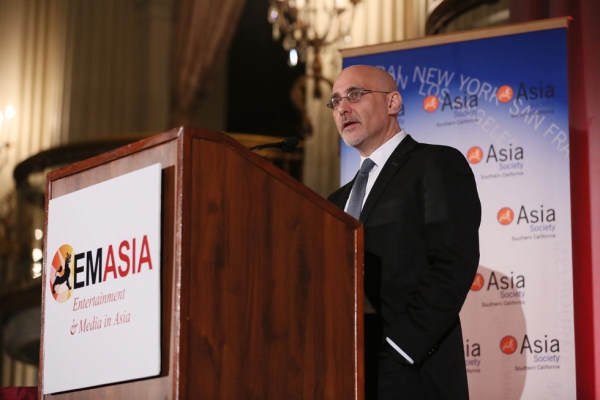 Making a movie is a wild ride no matter where you are in the world, a process fraught with ego and pride; wobblier, riskier, yet potentially more lucrative, the bigger and faster it gets.

With U.S. gross sales of movie tickets basically flat, up just one percent last year to $10.9 billion, the impulse among big Hollywood studios to look for finance and revenue in China, where 2013 sales leapt 27 percent to $3.6 billion, is getting stronger every day.

In what seems the blink of an eye, China’s youthful consumers born after 1980, some 65 percent of whom tend to watch their movies on smartphones, are causing Hollywood executives both to salivate and scratch their heads. (There are more than 1 billion mobile subscribers in China).

Jeff Robinov, who left the top job at Warner Brothers Pictures in June 2013, stood on stage on Wednesday at the Asia Society’s fifth annual U.S.-China Film Summit in Los Angeles, accepting an award for Film Partnership of the Year for having recently tied a fresh knot with Chinese conglomerate Fosun International to form Studio 8. In partnership with Sony Pictures, the new company will release two-dozen movies over five years, trying to make “global pictures,” Robinov said.

How could Robinov, whose titles include the hit political thriller Argo and the sci-fi blockbusters Inception, find himself learning from giant companies half a world away whose names were barely known in L.A., let alone pronounced properly, this time last year?

Well, that’s the wrong question. It should be, “How could he not?”

The Chinese all of a sudden have shown that they are actually doing what Hollywood studios have long said they wanted to do in this digital age: connect with consumers from dawn ‘til dusk using a little something the trade calls “convergence,” a coming-together of all media on one platform controlled by its user.

Robinov told the Asia Society audience he was grateful for Fosun’s backing as it would enable him to work on several films at once, just as he’d done at Warner Brothers. Waxing elegiac about a visit to Fosun headquarters in Shanghai, Robinov said the company was an ideal partner: “These are good people who want to give back to society.”

“Western filmmakers bring expertise and talent to China, but I don’t think people really appreciate the level of talent that exists in China, the intellectual property, the stories, and the interest in and love for film,” he said.

Fosun primarily is known in China as an insurance company, prompting skeptics in the audience to wonder if some of China’s investments weren’t another raft of so-called “dumb money” bound to be squandered in a flood of profligate spending.

But those who see the glass half-full, noted the growing enthusiasm for trans-Pacific moviemaking partnerships at a time when U.S.-China relations are otherwise tense. Peter Shiao, a producer, in 1998, of Restless, among the first U.S.-China film co-productions, told the Summit audience that lost-in-translation suspicions that for years had deterred and even scuttled trans-Pacific movie deals have been put in check.

“The training wheels have come off,” said Shiao, a Summit organizer and CEO of the Orb Media Group, of the ride Hollywood’s now taking by working with Chinese partners in earnest and at last. “Now it's off to the races,” he said.

But a well-funded race won’t necessarily mean for a smooth ride for American filmmakers used to exercising their full creative talents in an environment steeped in respect for freedom of expression and regulated by a transparent movie ratings system that empowers consumers to choose what’s right for themselves.

Even as China’s censors now pass whole new categories of film — comedies and the odd horror film that, though subtitled, would be recognizable to any L.A. audience — producers visiting Hollywood from China said the professional climate back home is unstable. A few weeks ago, President Xi Jinping called for the nation’s artists to spread "Chinese values," echoing a call made by Mao Zedong in 1942 for artists to align their interests with those of the state.

At the Summit, Miao Xiaotian, the incoming president of the state-run China Film Co-Production Corporation, the body charged with approving Sino-foreign moviemaking, acknowledged that despite a quarter-century of trying, there had been scant progress.

“There hasn't yet been a truly successful co-production,” said Miao in an interview conducted by Shiao. To make a movie successful in both countries would be very difficult, Miao said, noting that the apparent trend of bilingual team-writing was “not such a great idea.” Instead, he suggested: “American writers can bring their work to China and we can make adjustments.”

Lindsay Connor of the law firm Mannatt said that the current golden age of film and TV finance, much of it newly arriving from China, might carry with it a need for compromise. “Americans have been used to having their own way for a long time, but as globalization continues and the Chinese box office becomes number one, Americans will become more used to Chinese themes,” Connor said.

One might expect the most accomplished Chinese producers to welcome their newfound sway over once-mighty Hollywood, but Yu Dong, CEO of the Bona Film Group, China’s only Nasdaq-listed movie studio, said that while China’s movie business has made strides in the global arena, it was “not there yet” due to things such as a lack of a ratings system.

Yu, a veteran distributor turned producer, cautioned that the practice of Chinese companies such as Baidu, Alibaba, and Tencent to track the behaviors of their vast consumer base has meant that filmmaking decisions increasingly are being driven by the perceived need to reach mobile-phone dependent youth first, foremost, and at any cost.

“The Internet companies are having a huge impact. They want us to cast films using big data to determine what the audience born after 1980 wants. The new generation born after 1990 is dominating production decisions,” Yu said. Citing the blockbuster success of director Ning Hao’s latest film, Breakup Buddies, a “cringeworthy” comedy about two men in pursuit of easy sex, Yu said an upheaval was occurring that might not be for the good of all.

“There are lots of non-professionals now in the business who don't care about the rules of the industry. They are going to lead a great disruption in content. Breakup Buddies did well at box office, but censors are upset and may tighten the rules,” Yu said.

With Chinese censors tightening review requirements for imported television serials, maverick U.S. distribution companies such as Netflix, whose original production House of Cards was wildly popular online in China, may balk at future opportunities to work inside China. Netflix Chief Content Officer Ted Sarandos noted at the Summit that the company’s upcoming series Marco Polo — a Sino-Western bridge-building story if ever there was one — was shot entirely in Malaysia. China was reportedly passed over after concerns were raised about censorship.