#TBT: The Dalai Lama Drops By in 1979 | Asia Society Skip to main content 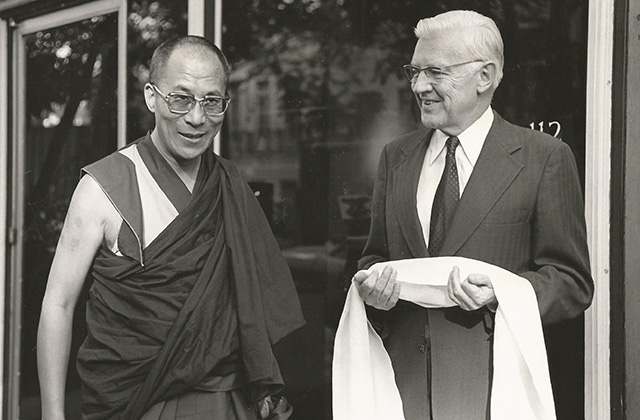 In 1979, the Dalai Lama met with then-Asia Society President Phillips Talbot. The Dalai Lama is the spiritual leader of Tibetan Buddhism and assumed his formal role as temporal ruler of Tibet at age 15 in 1950. In 1959, after a failed uprising against Chinese rule, he fled Tibet and has lived in exile in India ever since. He has visited Asia Society on several ocassions throughout the years.