Slideshow: Bicycling, Photography, and How to Travel the World in 1891 | Asia Society Skip to main content

Slideshow: Bicycling, Photography, and How to Travel the World in 1891 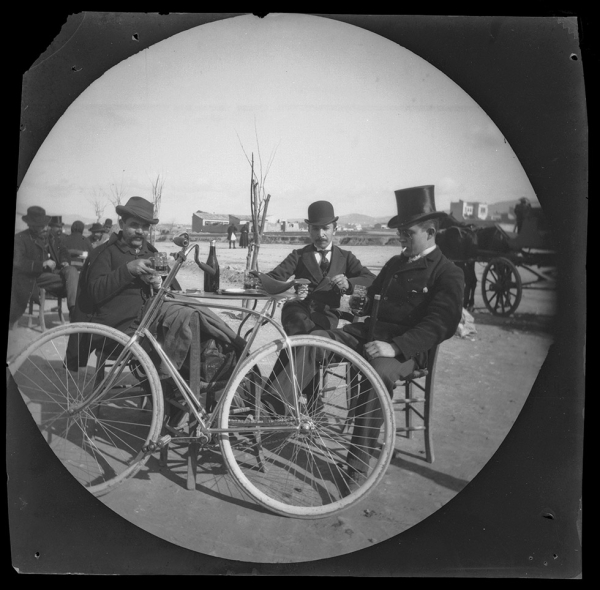 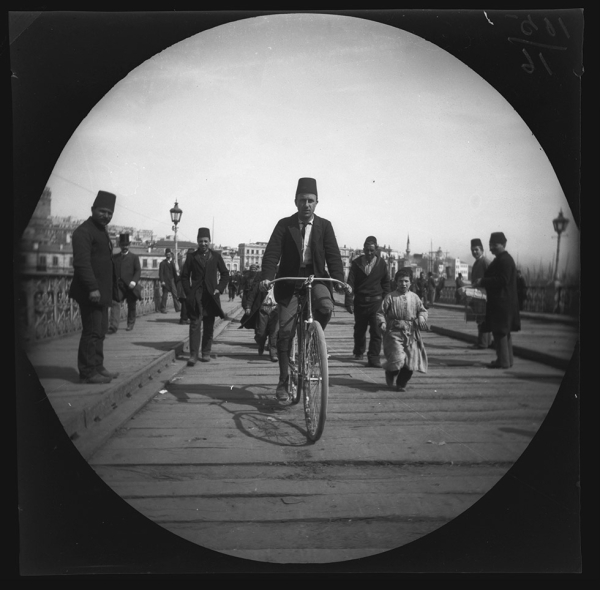 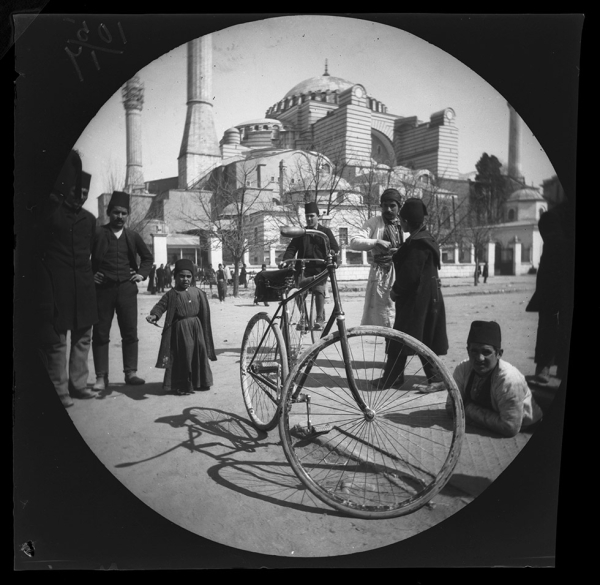 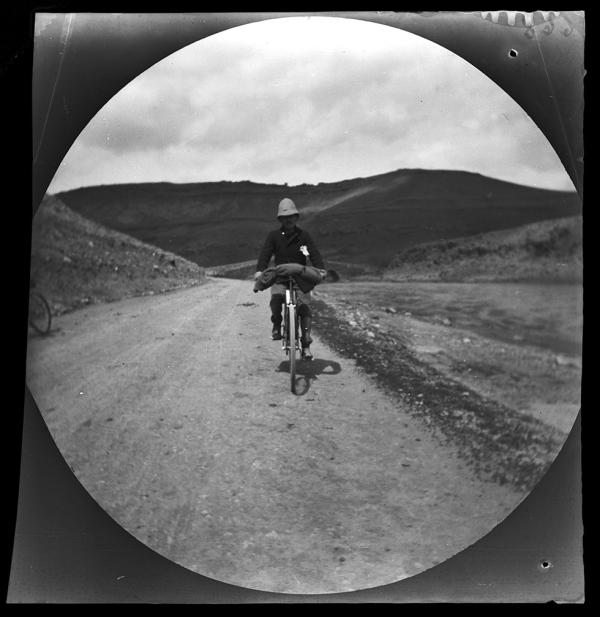 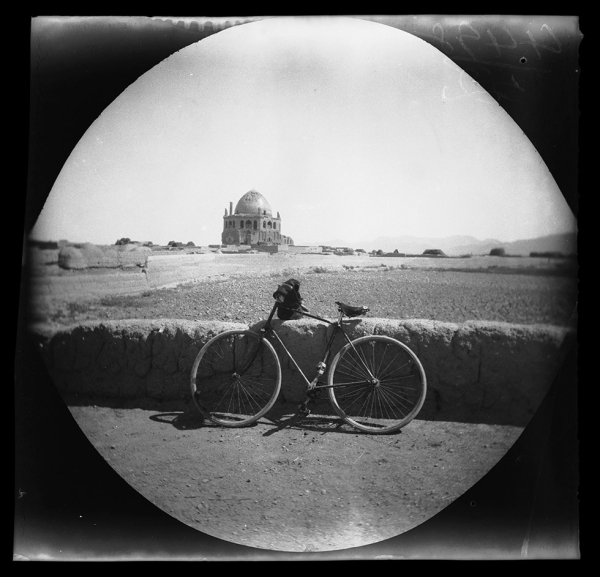 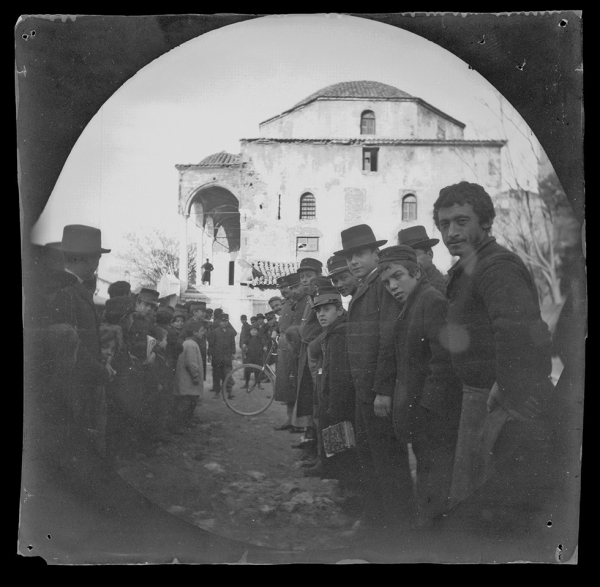 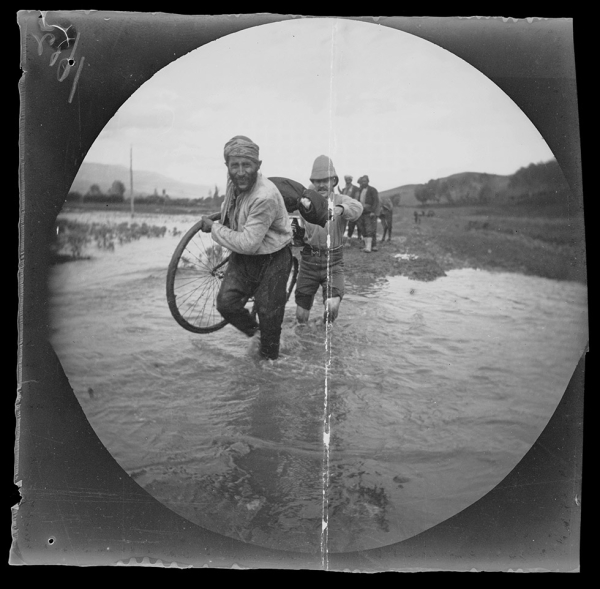 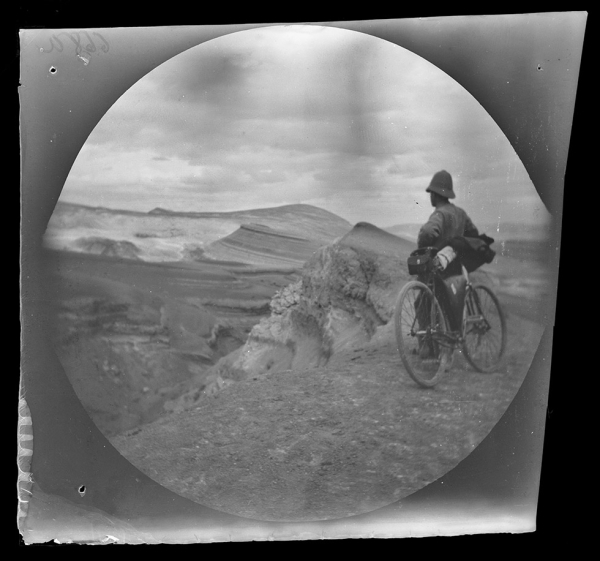 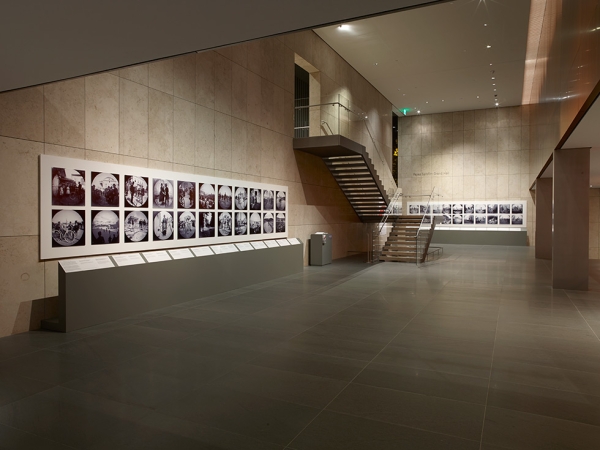 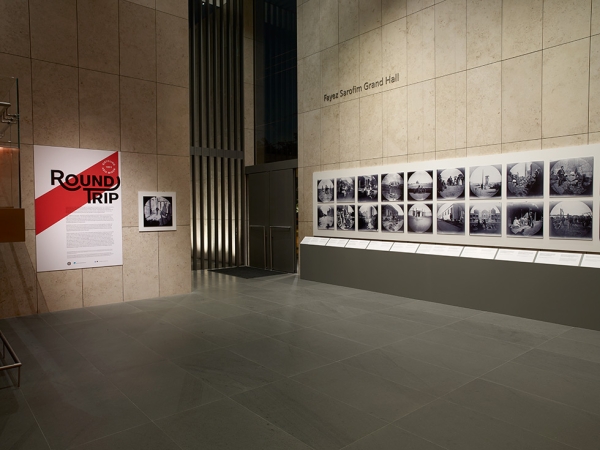 The exhibition Round Trip: Bicycling Asia Minor, 1891 is now on view at Asia Society Texas Center through September 27. Learn more

Traveling this summer? Draw inspiration from two globetrotters whose century-old story invites reflection on technology and the evolution of travel.

In the summer of 1890, new college graduates William Sachtleben and Thomas Allen, Jr. set off to circle the globe on their new “safety” bicycles. The two young men documented their travels using two novel compact Kodak film cameras to record some 1,200 circular images from Europe, Asia, and North America during their epic journey. Three years, three continents, and 18,000 miles later, the cyclists’ travel accounts made them international celebrities and helped introduce cycling and photography to mainstream America.

Sachtleben and Allen’s story is the focal point of Round Trip: Bicycling Asia Minor, 1891, a photography exhibition currently on view at Asia Society Texas Center in Houston, featuring forty-two black-and-white photographs taken by the cyclists. The images chronicle adventures in what is now Greece, Turkey, Iran, Turkmenistan, and Uzbekistan. The exhibition is organized and circulated by the Fowler Museum at UCLA and co-sponsored by the UCLA Library Special Collections.

What has made this story so compelling to you and to exhibition viewers?

There is something universally appealing about a bold, youthful adventure, undertaken to explore foreign lands and cultures. The two young men making the journey, Will Sachtleben and his pal, Thomas G. Allen, Jr., are especially intriguing. Graduates of Washington University in St. Louis, they were steeped in the classics and great admirers of ancient civilization.

At the same time, they were exploiting two exciting new technologies that were revolutionizing two appealing but prohibitive products: the bicycle and the camera. Their new-fangled “safety” bicycles (the prototype of the present day vehicle) were about to topple the fleet but dangerous conventional “high-wheeler,” and bring the joys of cycling to the masses. Similarly, their point-and-shoot Kodak cameras were destined to make photography an affordable and popular pursuit. The images, many showing the astonished faces of citizens witnessing these marvels for the first time, underscore the novelty and importance of this “world tour.”

What does this exhibition tell us about how technological advances (particularly in photography and travel) have changed the world in the last century?

The safety bicycle would prove especially powerful as a catalyst for social and technological change. It is not an exaggeration to say that Allen and Sachtleben, by advocating this new vehicle, helped to spark the great bicycle boom of the mid-1890s. That would have immense repercussions. In particular, the bicycle helped to accelerate dress reform and give millions, including women, a newfound sense of freedom and mobility. The boom would literally pave the way for the automobile and our present way of life.

The compact Kodak film camera, which replaced bulky conventional cameras that required glass plates and much expertise, also captured the public’s imagination and became a new tool for communication, much like today’s cell phones.

What is your favorite image from the collection?

That’s tough to choose! I would have to go with the one showing Allen sitting at a café near the Athens train station and having a drink with two pals, simply because it captures a pivotal moment of the tour. Thanks to Sachtleben’s diary, also in UCLA’s collection, we know the full back story. Allen is about to board a train to London, to bring back a new pair of bicycles for the ride across Asia, their fragile London-made bicycles having already broken down. He has disguised himself in elegant attire borrowed from a wealthy Greek friend who is also in the photograph. An Armenian rebel is the other gentleman in the photo. Having read a great deal about these individuals in the diary, it was gratifying to me to see their images.

Any other interesting stories you uncovered while putting this exhibition together?

Yes! I discovered a most remarkable “back story.” When I first learned of UCLA’s Sachtleben collection, I was of course eager to know how it got there. Finally, after a great deal of research, I determined that the man in question was the former husband of the donor to the UCLA collection, and I learned his identity: Paul Montague. I was elated to find that he is alive and well, still living in Texas. I went to his ranch and recorded an interview with him. Briefly, it appears that when Sachtleben vacated his old house in Houston around 1950 (a few years before his death), he left behind a small valise in the attic, crammed full of mementos from his various turn-of-the century adventures, including his “round the world trip,” his return to Turkey to search for a missing fellow cyclist, and a tour of the Klondike during a gold rush.

In 1966, workmen were tearing down the house, selling the valuable lumber from the frame and burning unwanted materials in a bonfire raging in the backyard. One day Paul was in line to buy lumber, and he saw a workman appear in an attic window, holding a small valise. He then pitched it toward the bonfire. Fortunately, he missed his target, and the valise hit the ground and burst open, spewing old photos on the lawn. Paul, an amateur photographer and history buff, saw the material and rushed over to examine it. Sensing that these relics had historical importance, he persuaded the workmen to let him keep the valise and the remaining contents. Included were the negatives of the images we’re showing in Round Trip.