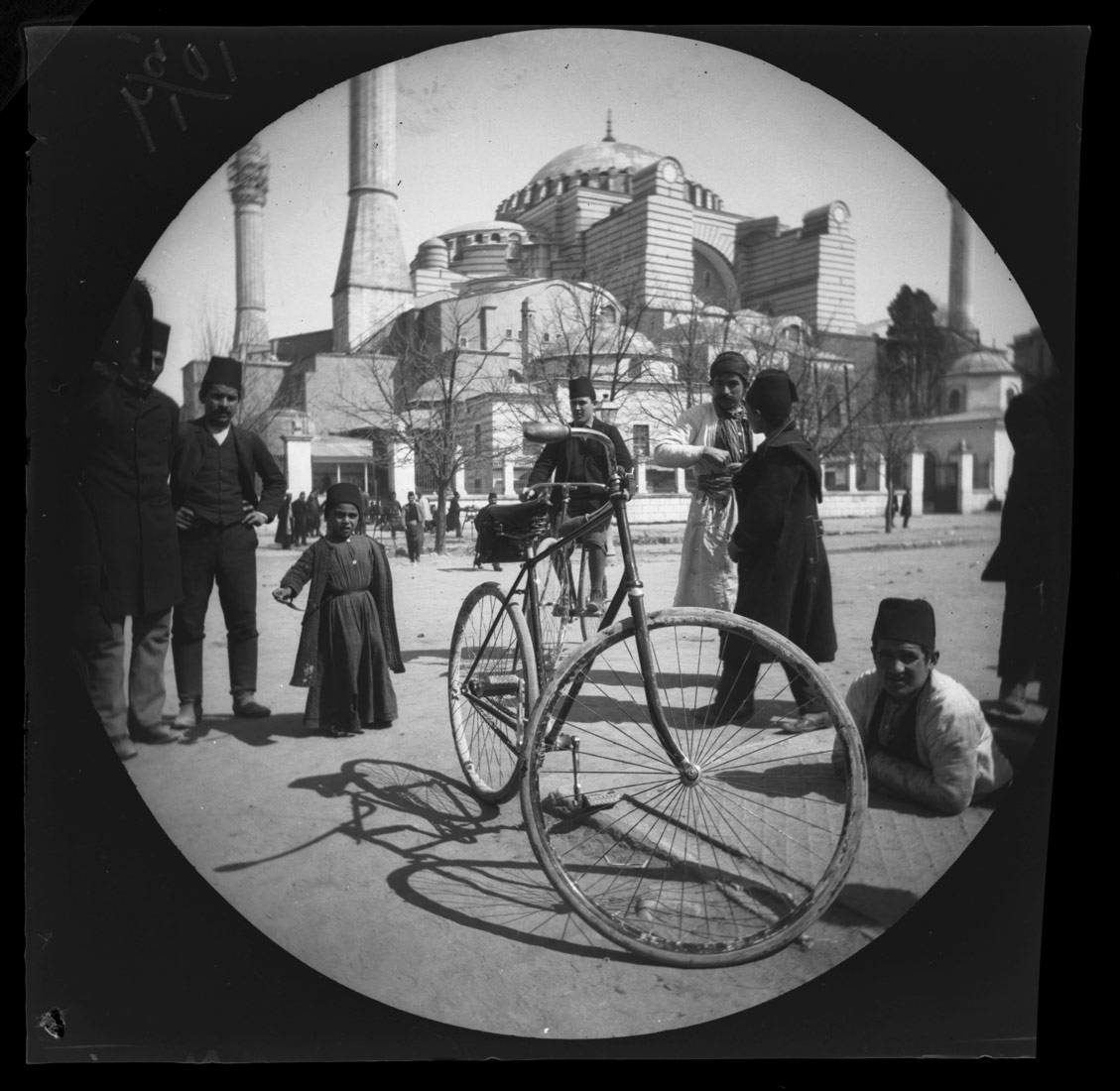 Houston, Texas, April 30, 2015 — In the summer of 1890, two young Americans, William Sachtleben and Thomas Allen, Jr., set off to circle the globe on new-fangled safety bicycles. Three years later, after pedaling some 18,000 miles across three continents, their harrowing tales of adventure made them international celebrities. Along the way, Sachtleben and Allen chronicled their adventures with two novel, compact Kodak film cameras, heralding a new “democratic” era for photography.

Round Trip: Bicycling Asia Minor, 1891, opening at Asia Society Texas Center on May 16, 2015 features forty-two circular, black and white photographs taken by the cyclists and reproduced from recently scanned negatives held by the UCLA Library Special Collections. The exhibition features four of the countries Sachtleben and Allen toured, arranged chronologically: Greece, Turkey, Persia (Iran), and the Russian Empire (Turkmenistan and Uzbekistan). Approximately ten images have been selected from each country and enlarged to twenty inches in diameter. Their accompanying captions are based on Sachtleben’s meticulous notes, written on the envelopes that contained each original negative.

The photographs vividly convey what the two adventurers experienced as they pedaled across barren dirt roads, river crossings, mountain passes, and volcanic terrains, encountering peoples and cultures entirely foreign to them. The scenes of everyday life also reflect how the locals — many of whom had never before seen a Westerner or a bicycle — reacted to them and to the marvelous technologies that were destined to change ancient ways of life.

Sachtleben and Allen’s remarkable feats helped transform cycling from an elitist, male-dominated pastime into a widely popular means of recreation and transportation for all. Sachtleben eventually brought his records of the journey with him to Houston, Texas, where he settled down and managed the Majestic Theater for many years. Allen lived in Kirkwood, Missouri, and became a noted engineer.

Round Trip: Bicycling Asia Minor, 1891 is organized and circulated by the Fowler Museum at UCLA and co-sponsored by the UCLA Library Special Collections. The exhibition is guest curated and the accompanying catalogue is written by David V. Herlihy, author of The Lost Cyclist: The Epic Tale of an American Adventurer and His Mysterious Disappearance (Houghton Mifflin Harcourt). Support for the exhibition was provided by Lee Bronson, Shirley and Ralph Shapiro, and Sukey and Gil Garcetti. The accompanying publication was generously funded by the UCLA Library Special Collections.

The exhibition at Asia Society will be on view through September 27 in the Center’s Fayez Sarofim Grand Hall. A special preview of the artwork will be held on Friday, May 15 from 4:00 - 6:00 pm. Admission is free and open to the public.