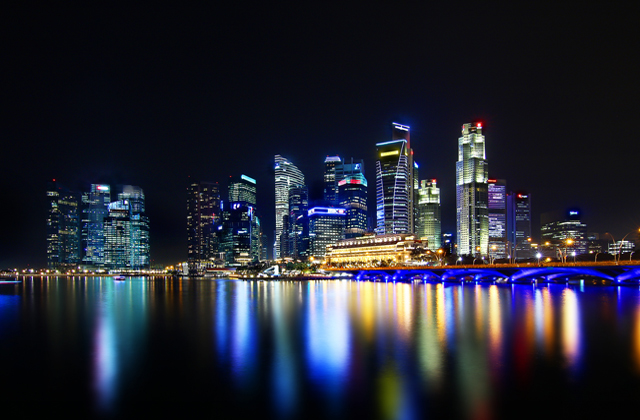 In late February, Singapore became the first Southeast Asian country to introduce plans for a mandatory carbon pricing scheme. Its carbon tax, which will take effect in 2019, places a yet-to-be-determined cost for emitting the greenhouse gases (GHGs) that cause climate change. The tax will apply to power stations and emitters that produce over 25,000 tons of CO2-equivalent per year, a standard that will likely affect some 30-40 large companies in total.

Why has Singapore taken this step?

The Independent Commission on Trade Policy, established by the Asia Society Policy Institute, has published a new report charting the course for trade and economic integration in the Asia-Pacific.Learn more

By pricing the previously free externality of GHGs, carbon taxes recognize that these emissions have a social cost that should be accounted for. In other words, polluters should pay for their pollution. The revenues generated by the tax can be used to defray other government costs or reduce other forms of taxation (and thus be "revenue-neutral") or be invested in clean energy systems that help societies transition away from carbon-intensive fuels.

But the primary purpose of carbon taxes is to incentivize industries to emit less. Costs give companies a bottom-line reason to scale-up low carbon sources in their energy mix and to use energy more efficiently. Tax systems do not dictate how these changes take place — they leave it to the companies to find solutions that work best for their own particular interest.

Taxing carbon emissions or creating markets for trading emissions credits call on the capacities of different players across entire sectors to find solutions that work for them. Governments set the regulation, and then largely get out of the way.

These approaches are gaining steam. In April 2016, a high-level panel convened by the heads of the World Bank and the International Monetary Fund, Jim Kim and Christine Lagarde, announced the goals of expanding the amount of GHGs covered by carbon prices from roughly 12 percent currently to 25 percent in 2020 and 50 percent the following decade. China is moving this year from piloted sub-national carbon pricing schemes to a national system that covers a large portion of its economy. South Korea and Japan have existing pricing schemes and work is underway to help these countries cooperate on their carbon pricing policies. Elsewhere in Asia, a raft of countries are exploring carbon pricing options, and there are signals that these tools might spread more widely.

Singapore’s recent moves are therefore both a sign of the times and an important early step. Domestically, Singapore sees the carbon tax as a way to, in the words of Finance Minister Heng Swee Keat, “spur the creation of new opportunities in green growth industries such as clean energy.” The tax will do this through both the costs it places on burning fossil fuels and the revenue it generates.

More broadly, however, the wider adoption of carbon pricing globally would make it more palatable for businesses operating across borders and for the management of different national interests. Singapore, like any country, is concerned with its competitiveness, and the carbon tax will place a cost on parts of its economy — such as its large oil refinery sector — not currently faced by its regional and global competitors. Shell, which runs one of Singapore’s refineries, supports carbon pricing overall but reacted to the tax by stating that it “must ensure companies can compete effectively with others in the region who are not subject to the same levels of carbon dioxide costs.”

Herein lies the rub: Efforts to set global carbon prices have yet to gain traction, and as countries adopt varied approaches across disparate timelines, winners and losers can result. This reality makes it more pressing that major economies across the world take steps to price emissions in carbon-intensive sectors. Where possible, these economies should cooperate to find ways to link these pricing schemes and coordinate their efforts. Considering that policies enacted by former President Barack Obama are facing major rollbacks in Republican-controlled Washington, such a commitment from the United States appears less likely.

Regional ties in Asia, therefore, would be a wise place to start.