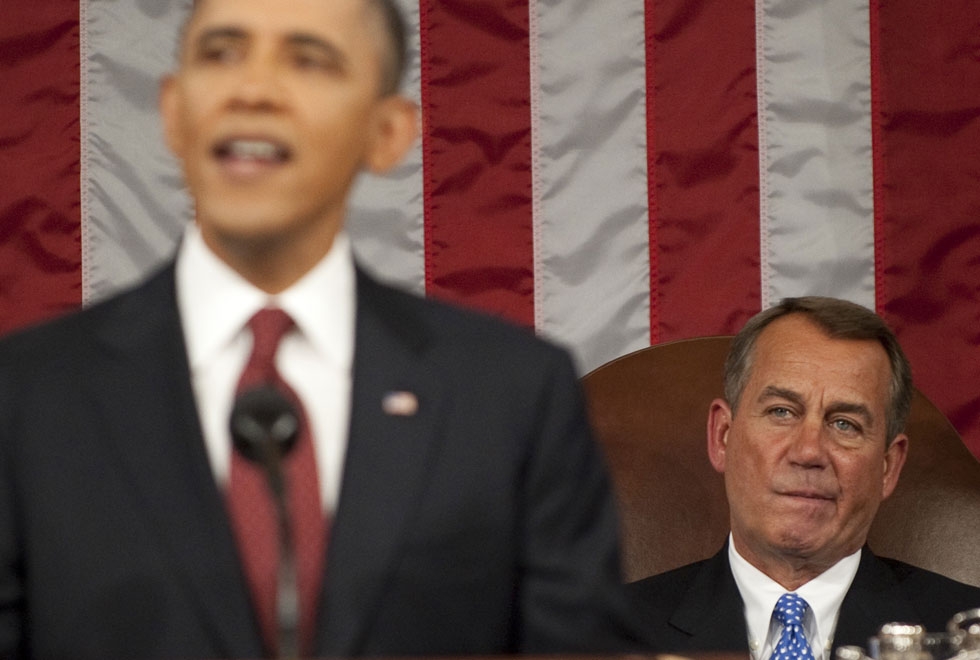 It was unthinkable that President Barack Obama would not have made some comment on China in his State of the Union message last night. After all, these days almost all trails seem to lead unavoidably back to China. But, the remarks he did make were more like a drive-by than a full scale attack.

While they conveyed a certain air of toughness, they were designed not to dwell overly long on the topic in a way that might give the Chinese true offense.

By reminding Congress that he and his administration had brought twice as many trade cases against China as previously and that he would set up a special Trade Enforcement Unit to ferret out unfair trade practices in the future, he reminded Republicans that Democrats are not giving the Chinese a free pass.

This was an unavoidable genuflection to the "red meat faction" of the the Republican Party, which is always more willing to export blame for problems in America, and especially to China, than to look into the pathology of our own political process as it now so commonly manifests itself in Washington and through national politics.

But, the brevity and terseness of the President's remarks on China were a clear indicator that he wanted to keep his comments discreet enough not to do anything to disrupt the always delicate state of U.S.-China relations, which his administration has rightfully treated as America's most important evolving, diplomatic relationship.