Photos: Manta Rays and the Medicinal Belief That Is Killing Them | Asia Society Skip to main content

Photos: Manta Rays and the Medicinal Belief That Is Killing Them 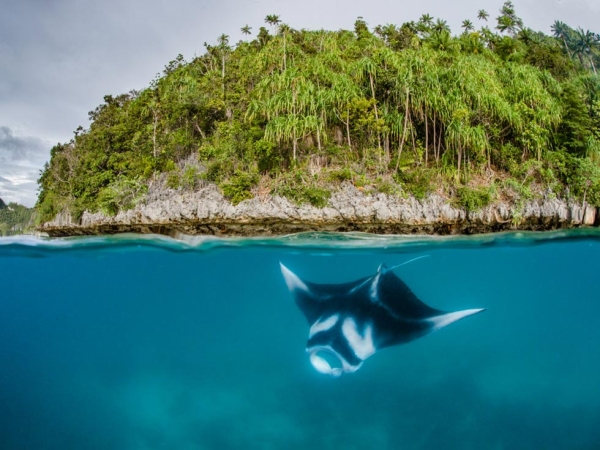 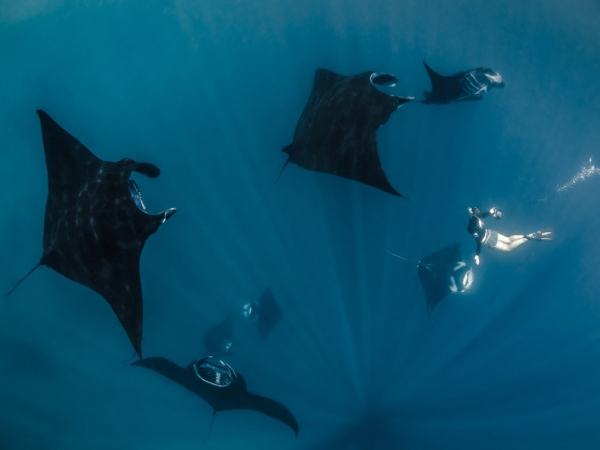 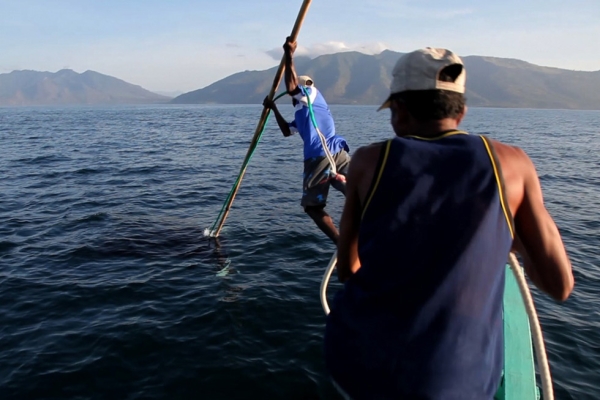 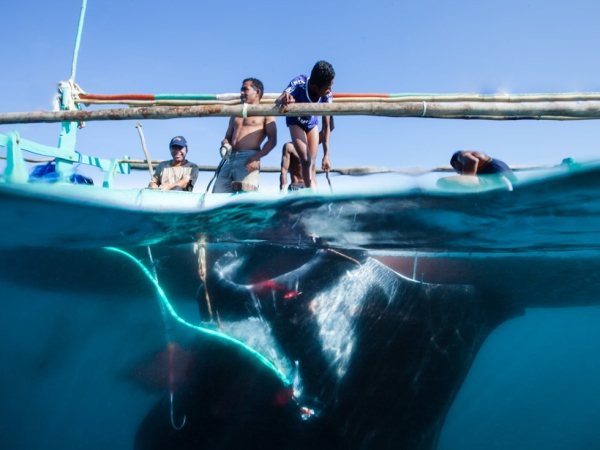 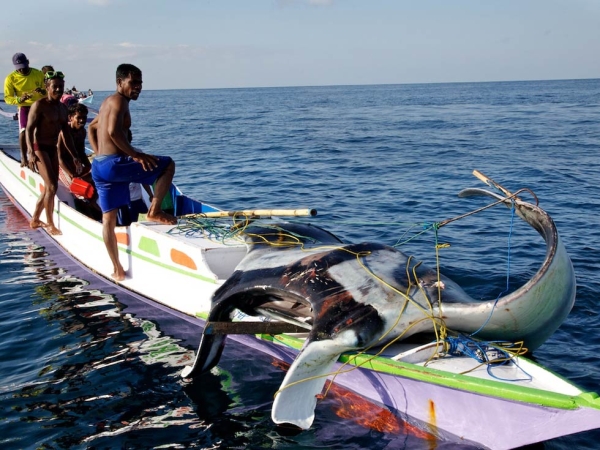 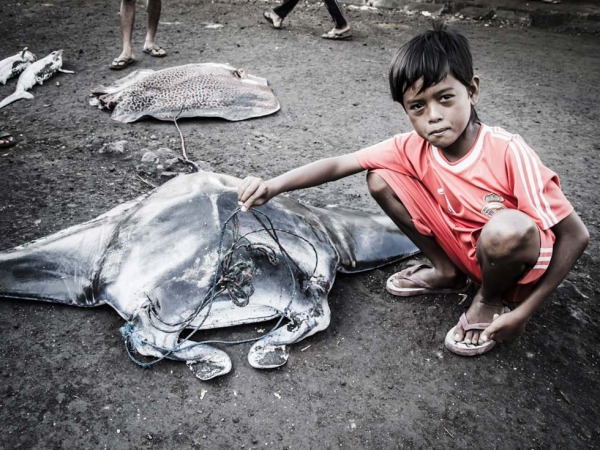 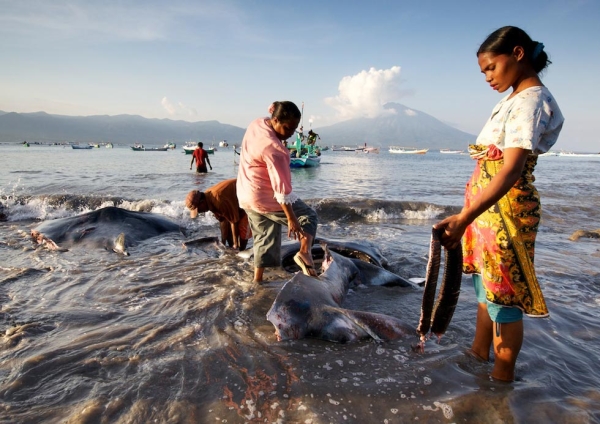 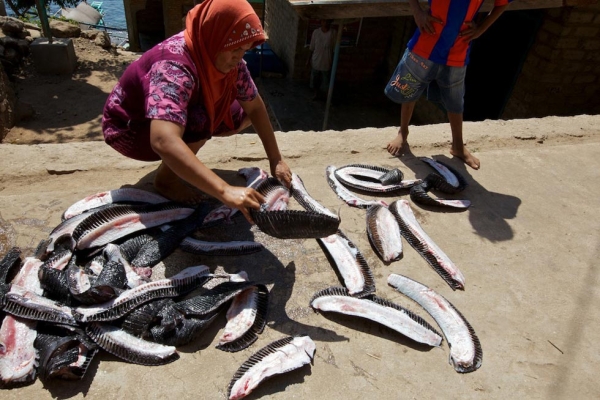 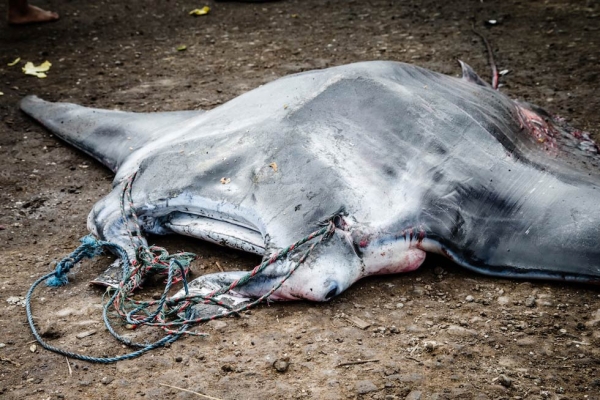 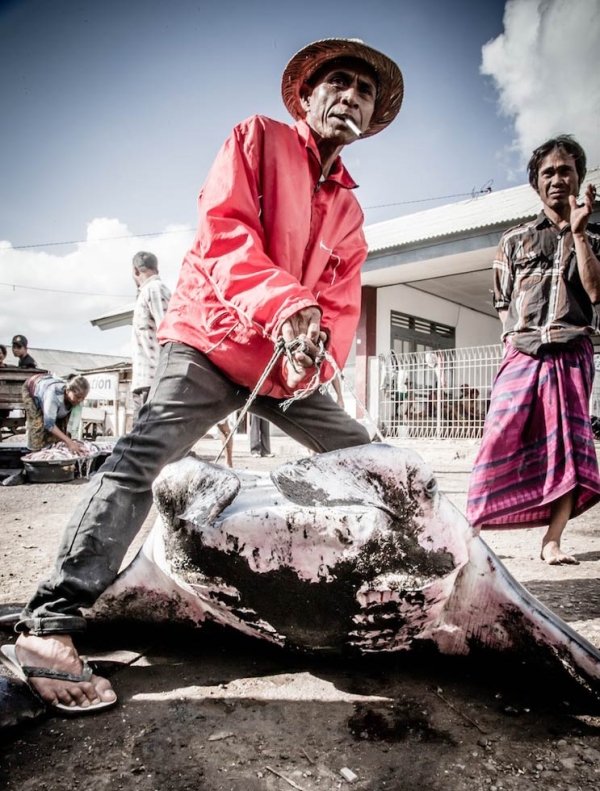 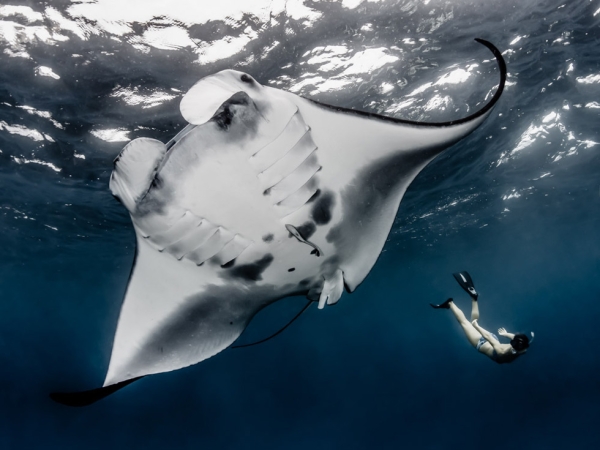 Manta rays are majestic sea creatures that glide gracefully through water. They live long and are one of the world's largest sea creatures. They are intelligent, gentle, and open to interacting with humans. And now they are listed as "vulnerable" by the International Union for Conservation of Nature.

Why is that? Well, while studies have shown that manta ray watching is a financially lucrative form of tourism, both reef and oceanic manta ray species are now threatened due to high demand for their gill plates, which are used in Chinese natural medicine. Manta ray populations have plummeted globally in the last decade as a result.

Indonesia, the world's largest sanctuary for manta rays, is a prime location for manta tourism, but it's also a hunting ground for people to engage in the gill trade. Investigative conservation journalist Shawn Heinrichs, who has used photography to bring awareness to the trade in endangered species, is now on a mission to bring attention to the plight of endangered manta rays in Indonesia.

Next to capturing the beauty of these creatures, Heinrichs has also gone behind the scenes to spotlight how they are being killed for gill plates. With Indonesia's new preservation laws going into effect at the end of January 2014, we reached out to Heinrichs via email to find out more about the illegal trade of manta gill plates and what's being done to preserve them.

How are manta rays illegally traded in Indonesia and who benefits most from the trade?

Hunting manta rays only just became illegal on January 28, 2014 in Indonesia. Prior to this new regulation, mantas were only protected in a few locations such as Raja Ampat and Komodo National Park.

The people of Indonesia are some of the most kind, warm and welcoming people I have ever spent time with. They are honest and generally quite open and sharing. They are also often very poor and struggling to make ends meet. Even those that hunt mantas are not bad people. Like us, they want to provide for their families food, shelter and educational needs. However, certain traders who are wealthy and powerful individuals have turned to exploiting these communities, so these traders can profit more from the endangered species trade. The fishermen earn a small amount, for a short period of time, while the traders get rich.

Once the target species is depleted, and in the case of the manta rays that takes just a few years, the traders move on to another species, leaving the communities empty-handed. As such, it is not a matter of if they should stop hunting, but when, because if they don't stop, the mantas will be depleted quickly and any potential for sustainable utilization will be exhausted.

Are coastal communities aware of the benefits of manta tourism over fishing them?

Tourism offers an incredible sustainable alternative for local communities. With just a basic boat and the knowledge of a fishermen, these communities can create manta snorkel programs that can benefit the entire community for generations to come. Manta tourism is currently worth over US$15 million in Indonesia, mostly to local communities, whereas their manta fisheries are only work US$500,000. Tourism will only increase in value, whereas these fisheries are already in severe decline. Recognizing this, the Indonesian government made a bold and progressive move, creating the world's largest manta sanctuary to safeguard the future of these majestic rays and Indonesia's manta tourism industry.

Communities in Bali (Nusa Lembongan), Komodo, Sangalaki (East Kalimantan) and Raja Ampat are already benefiting tremendously from manta tourism. Members of these communities have become resolute in protecting their manta populations and take immediate action to prevent any fishermen from targeting them. Work is now underway to develop more manta tourism destinations in Indonesia, especially focusing on communities that have historically hunted manta rays.

Have the new laws introduced by the Indonesian government been effective in conserving manta rays?

The new manta regulations only just went into effect in Indonesia. Outreach and eduction programs are already under development and being deployed in communities where vulnerable manta populations reside. These programs include conservation films in Bahasa Indonesia, posters, fact sheets, celebrity messaging and workshops with local community members. The government is committed to making this manta sanctuary effective and has enacted stiff penalties to anyone who violates this new law.

Regarding enforcement, mantas are now officially a protected species in Indonesia. The sanctions for catching, killing, injuring, trading, etc., a protected species are listed within the Fisheries Law, UU. No. 45/2009 (Articles 100B and 100C), which give the following:

Is China taking any steps to deal with the exploitation of manta rays? Are they regulating the sale and use of manta gills in Chinese medicine?

Recent upsurge in demand in China for manta gill plates (used by mantas to filter plankton from the water as food) for use as a pseudo-medicinal health tonic, is driving many regional manta populations to the brink of extinction. Currently there are no national regulations in China protecting manta rays. However, the Convention of International Trade in Endangered Species (CITES), at the March 2013 meeting, listed manta rays under Appendix 2 placing tight regulation on any trade in manta gills. China, as a signatory to the CITES treaty, is now bound by the convention to take measure to prevent illicit trade in manta gills across its borders.

A recent report found that 99 percent of the trade in manta gills is focus in Guangzhou, China. To address this issue, WildAid, an organization focused halting demand for endangered species, has launched a manta campaign in China. WildAid's shark fin campaign has proven incredibly effective in recent years, with some of the largest shark fin traders reporting precipitous declines in wholesale prices from 60-70 percent in the last year alone. Leveraging WildAid ambassadors such as Yao Ming, Jackie Chan and Richard Branson, WildAid intends to achieve similar results with more focused and less entrenched manta gill trade.

What three things can the average person do to help the preservation of manta rays?

We can all play an important role in the conservation of manta rays. Among the things the average person can do are:

1. As Jacques Cousteau said "We protect what we love." So, learn more about manta rays and the threats they are facing and share this information with your friends and family.
2. Get involved with and support manta conservation programs by groups such as WildAid and Manta Trust who are taking the lead on manta conservation.
3. If you enjoy diving and/or snorkeling, spend your travel dollars in locations where local communities are benefiting from manta tourism.

In the video below Heinrich's shows these majestic manta rays swimming in their natural habitat.