Orville Schell: Beijing on Edge as It Gropes Way Toward New Leadership 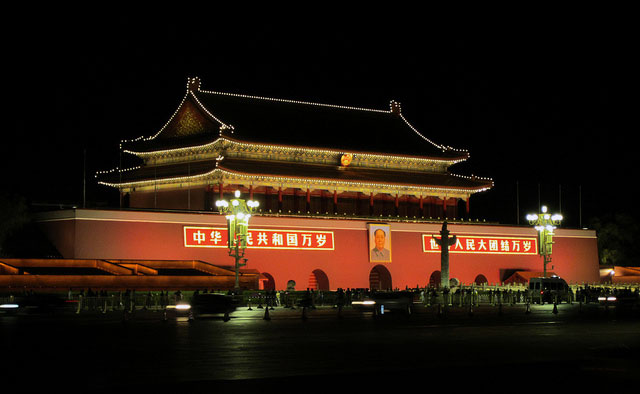 In days of yore, when a new dynasty was established in China and a new emperor was enthroned, it was known as dashi, "The Big Enterprise," and it usually involved mass social upheaval and civil war. The latter-day version of changing leaders now takes place at Party Congresses which, except during times of turmoil like the Cultural Revolution, are supposed to occur every decade. It is here that agreements are reached, after various factions have slugged it out without public involvement, and new leaders are installed. It is fervently hoped that the process can be consummated behind closed doors without too much discord, much less overt social turmoil.

The last two changes in leaders were determined by Deng Xiaoping, the last in a line of supreme Chinese leaders that has stretched back to Chiang Kai-shek and Mao Zedong, who all enjoyed a Chinese version of the "divine right of kings," enabling each to anoint a jiebanren, or "chosen successor." The legitimacy conferred by Deng on China's two most recent leaders, Jiang Zemin and Hu Jintao, the latter who will now step down after 10 years at the country's helm, was immense. Deng's prerogative was like an unchallengeable field of gravity that held all of China's political constellations in orbit.

Now, for the first time in Chinese Communist Party history, there is no real "big leader," and thus no such source of legitimacy for a new leadership. Nor is there any confirmed system. There is neither a bloodline, relied on during dynastic times, nor the elections upon which democracies rely. The Chinese political structure, which curiously is now both more consensual and even more "democratic," at least at the top, finds itself floating terrifyingly in a gravity-less political world where no one has the power any longer to make the kind of decisions about succession that would stop the room from spinning.

As people now await the beginning of the 18th Party Congress on November 8, where the Political Bureau of the Chinese Communist Party and the seven-member Standing Committee, which will make the fundamental decisions about China's future, will be set, there is a palpable tension in the air.

Difficult as this leadership change already is, the situation was thrown into an even greater state of uncertainty when the scheming wife, Gu Kailai, of one of the top contenders for the Standing Committee, Chongqing Party Secretary Bo Xilai, suddenly went rogue and evidently murdered her former business partner and probable love. Her astounding intrigues not only ended her husband's dynamic political career, but set off the equivalent of a nuclear device right in the midst of the already incredibly unstable process of leadership change.

Now, everyone in the Beijing cognoscenti seems to be on edge about the future. Personal conversations often end with voices suddenly lowered as people begin furtively glancing around to see who might be listening, or tucking cell phones (which are widely believed to have the capacity to harbor listening devices) into briefcases and handbags, to whisper about the latest xiaodao xiaoxi, or "back alley news," they may have heard from high-placed friends. Or, otherwise jocular dinner conversations suddenly become hushed as guests lean towards each other to secretively trade whatever rumors they have heard about the frenetic horse-trading that everyone knows is now going on at the top.

The epicenter of leadership power is, of course, Tiananmen Square, where central government leaders live in the Zhongnanhai complex around an imperial lake next to the Forbidden City, the sanctum sanctorum of power since the Ming Dynasty. Ever fearful that students might once again demonstrate there, as they repeatedly have over the last century, the heads of universities and other major educational institutions have all been ordered not to leave Beijing. So sensitive is this square — the symbolic center of the center of the Central Kingdom that has become at once the symbol of state power and protest — it now crawls with thousands of plainclothes police. And netizens even report that taxi drivers keep their back windows locked lest passengers throw political pamphlets possibly hidden in ping-pong balls to passersby. And the nervousness even radiates out into the provinces, where arts festivals in remote areas are canceled the day before their opening and foreign delegations are put on hold at the last minute.

As someone who has been coming to China since 1975, when Mao still lived and the Cultural Revolution still enveloped the country, I can bear witness to the extraordinary progress China has made since toward becoming a modern country. But despite all this impressive progress — as I write this I am on a high-speed train crossing the country at 175 miles per hour on an absolutely smooth rail-bed — there is a fin de siècle feeling here right now, as if it is understood the country is coming to the end of this act of its grand drama, but the playwright has not yet written the script for the next act — indeed, has no idea what such a script would, or should, look like.

The problem is compounded by the fact that, having relieved through its own reform process of the kind of Big Leader rule which allowed megalomaniacal visions to so often wreak havoc on the country — paradoxically just as the West tirelessly challenged it to — China now finds itself without precisely that kind of bold decision-making power at the top that characterized Deng Xiaoping's quite extraordinary tenure (June 1989 not withstanding) and enabled him to be such a bold reformer.

With no entitled big leader, no confirmed political system capable of conferring legitimacy on new leaders, and no set plan for the future, China nonetheless still finds itself forced somehow to choose a new leadership team. This has left "the people," who have no real role to play in this process, feeling quite shut out and nervous about what the future holds for them.

Although it is impossible to know what is actually going on inside the black box where China's leaders wrangle over their future, people hear that the process has been intense, even acrimonious. And, since they do not even know what each leader or faction actually stands for, a climate of uncertainty and anxiety has been increasing. Such feelings are hardly surprising, for here in China everything is veiled, hidden, and opaque. And yet, this whole amazingly dynamic proposition continues to hurtle down the tracks, just as I am doing now, even as everyone knows that somewhere ahead, the tracks end. Nobody, especially the present leadership, seems to quite know how to resolve this crisis in confidence, how to pick those who will follow them and write the script for the next act that will set China's future course.