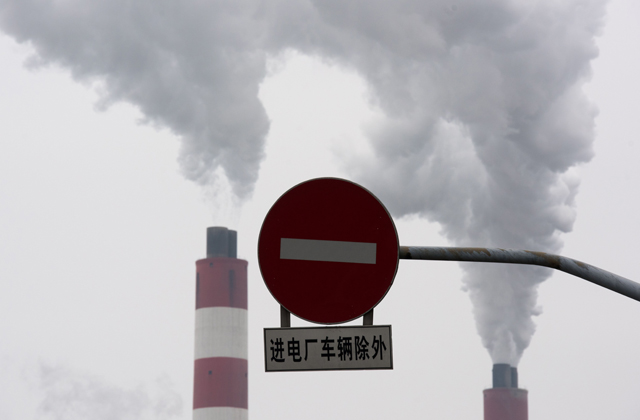 China, Japan, and South Korea comprise over one-fifth of global GDP and over a quarter of emissions, placing the Northeast Asian region near the center of the global effort to combat climate change. A new report released today by the Asia Society Policy Institute (ASPI) provides a novel way of solving this problem: linking the carbon markets of the three countries.

Asia Blog recently caught up with the report's author, ASPI Director of Sustainability Jackson Ewing, to discuss the implications of a Northeast Asia carbon market and why the time for establishing one is right.

What are carbon markets? Why is this important now?

Carbon markets provide tools for reducing the greenhouse gas emissions that cause climate change. The most prevalent of these gasses, including CO2 or carbon, come mainly from burning fossil fuels to produce electricity, propel cars, planes, and ships, and make steel, concrete, and other industrial products. These emitted gasses trap heat in the earth’s atmosphere, which in turn leads to the record-setting temperatures that are now an annual occurrence.

Countries throughout the world are responding to this problem by setting “caps” on how much carbon the country, and specific industries and companies, are allowed to emit. Markets offer a pathway for organizations to stay beneath these caps by creating monetary values for emissions, and tradeable emissions credits that they can buy or sell. For example, an electrical utility company will be legally compelled to stay below a certain level of emissions. If it fails to do so, it must purchase credits — often called “allowances” — to cover its extra emissions. If its emissions fall below its cap, it can sell allowances to other firms that require them to cover their own activities. Markets facilitate this buying and selling. The point of these markets is to financially incentivize companies and organizations to lower their emissions. Emissions caps set by governments should be designed to tighten over time, which will drive demand for allowances and push their prices up. As companies incur greater costs in covering their emitting activities, they become more likely to opt for changing the ways they operate to lower their emissions levels.

Carbon markets are important now because the gravity of the global climate challenge has never been greater. We must find innovative systems that shift the behavior of our greatest emitters in ways that are palatable to them and yield environmental results. When effectively operated, carbon markets are such systems.

What originally motivated discussion between China, Japan, and South Korea on developing a carbon market? How does a regional carbon market align with each individual country’s goals?

China, Japan, and South Korea collectively account for over 21 percent of the global economy and over 30 percent of global emissions. They have each made carbon markets key elements of their climate change mitigation strategies and are pursuing cap-and-trade systems that vary in design and maturity. Cooperating on these strategies could allow these countries to provide valuable lessons to each other and to countries throughout the world. Ultimately linking the Northeast Asian markets would put one of the world’s most populous and economically dynamic regions on a cooperative path toward reducing emissions.

The material benefits would be wide-ranging. A regional market could provide emitting firms with cheaper emissions reduction options and increase the number of allowance buyers and sellers needed to develop a robust trading platform. It could reduce carbon price shocks and volatility and erode the market influencing power of singular large actors by expanding market scope. Cooperating and ultimately linking carbon markets in Northeast Asia could also lessen administrative burdens and duplication through sharing costs among multiple players, and — vitally — reduce carbon price differentials across the region in ways that minimize the movement of emissions-generating activities to jurisdictions with less stringent climate policies ("leakage").

Beyond these material impacts, a Northeast Asian carbon market connecting the region’s three major economies would demonstrate global climate change leadership by signaling a commitment to long-term multilateral actions that are impactful and nuanced.

What, if any, are unique features or innovations to this proposed Northeast Asia carbon market that have not been seen in other regional carbon markets around the world?

Each effort to link carbon markets across political jurisdictions is unique. The most innovative facets of the Northeast Asian carbon market effort relate to its timing, scope, and the characteristics of the three countries. China and South Korea are both developing national-level schemes through phased efforts that increase ambition over time. Japan has mandatory schemes in Tokyo and Saitama Prefecture, an innovative system called the Joint Crediting Mechanism through which it supports emissions reductions in other countries and ambitions for widening domestic market-based approaches. In other words, these countries are all in the formative phases in their domestic carbon market development.

On the surface, this may make discussions of linking these still fledgling markets appear premature. Our position at the Asia Society Policy Institute is the opposite: that measures need to be taken now that create the basis for linking these markets in the future. That is why we are working closely with stakeholders throughout the region to promote “linkage ready” markets in each country and seek near-term steps, such as piloted market linkages among cities in China, Japan, and South Korea, that set the foundation for future connections.

The scope of the prospective regional market is likewise unique. As China’s national-level carbon market comes online between now and 2020 it will become the largest in the world. Adding two other major global economies creates a regional endeavor that dwarfs Europe, and brings us closer to a truly global effort to price and trade carbon emissions. China, Japan, and South Korea are also arguably more disparate politically and economically than the linked markets of Europe and North America. China’s prioritization of state-owned enterprises and top-down planning models differs fundamentally from the more economically liberal systems in Japan and South Korea. This will not prevent linkage, but does present challenges and opportunities not yet seen in examples elsewhere.