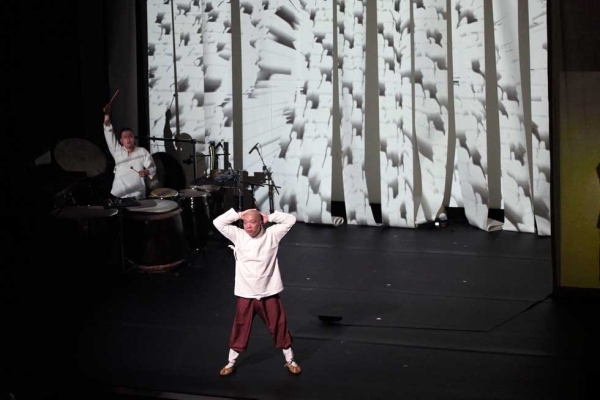 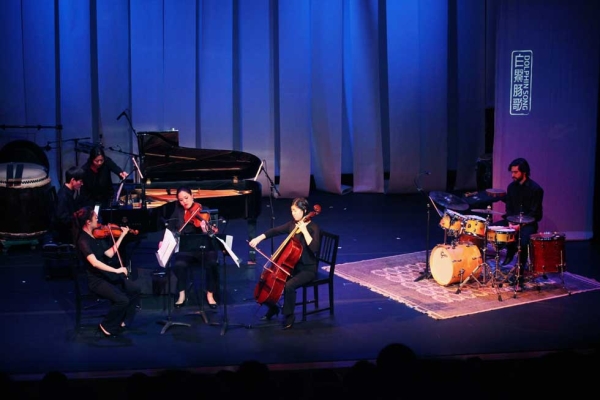 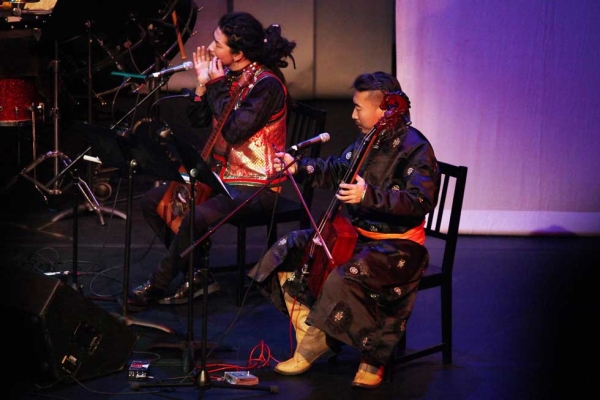 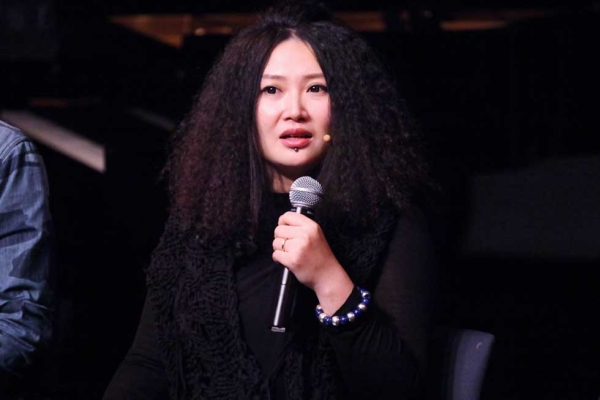 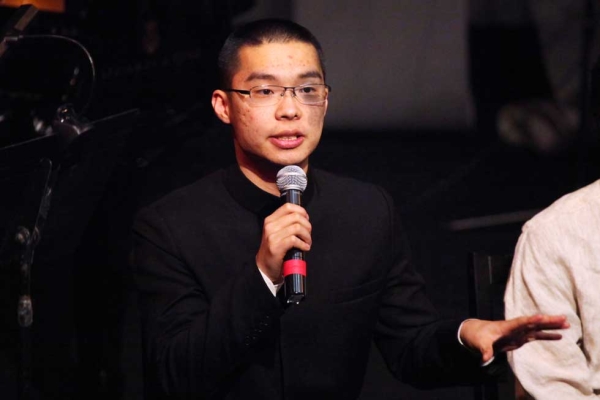 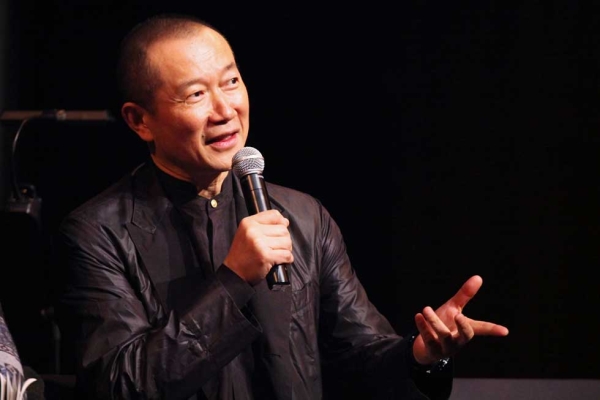 Chamber music composer Sam Wu seeks to “create drama for both the heart and the brain” in dolphin song, a lamentation prompted by the recent extinction of the Yangtze River White Dolphins. “I really wanted to explore the communicative potential in music, and more specifically, how…in music I could also combine social responsibility,” he said.

Electronic music pioneer Qin Yi’s composition Mirror Mind combines multiple forms, including dramatic performance, live percussion, interactive multi-channel electronic music, and new-media visual arts. “It’s a teamwork piece, and there is no servant and master,” said producer Xu Zhibo. “The performer is also a creating force in this piece.” (Qin herself was unavailable for the Q & A.)

Zulan, whose composition Death and the Maiden is based on a play of the same name by Austrian Nobel Laureate Elfriede Jelinek, finds inspiration from ethnic musicians, particularly those from her home region of Inner Mongolia. She described her musical journey, which started with a classical education, then progressed toward an exploration of her personal cultural identity.

The performances were presented by Asia Society and Performance Space 122 and commissioned by the Rising Artists’ Works (RAW) project of the China Shanghai International Arts Festival (CSIAF), which commissions young, emerging artists from across China.

“China, I think, is having jet lag now. Everything is so fast… [and] the vanishing of tradition is faster than any kind of construction,” he said, before commending the three composers: “[All three of you] are very devoted to what’s happening in society, the world, and the environment… and also deeply, honestly express what you feel.”