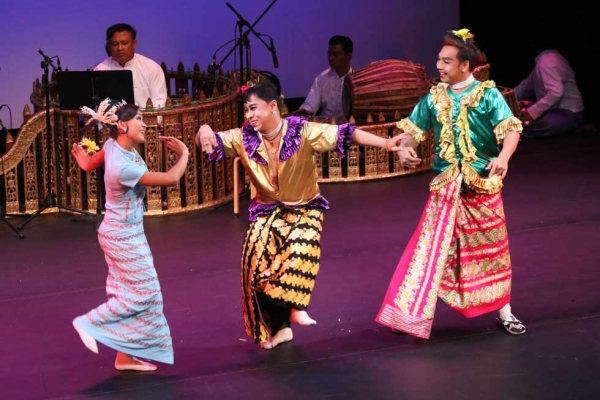 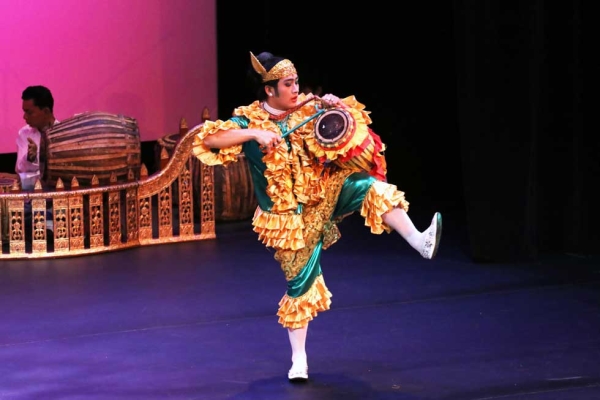 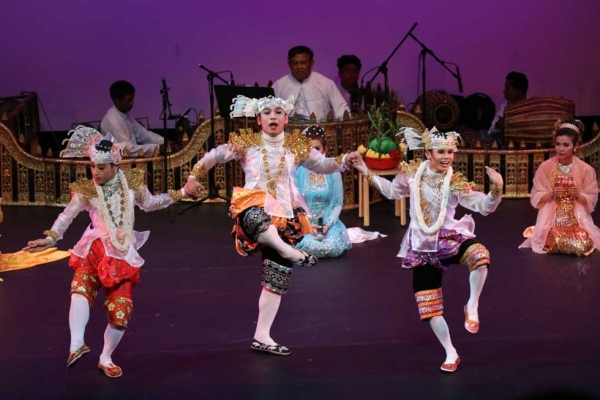 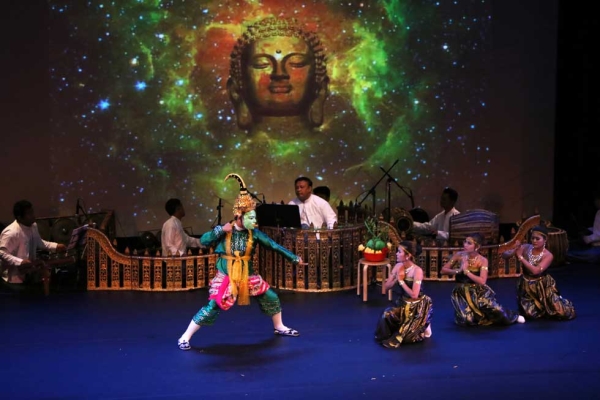 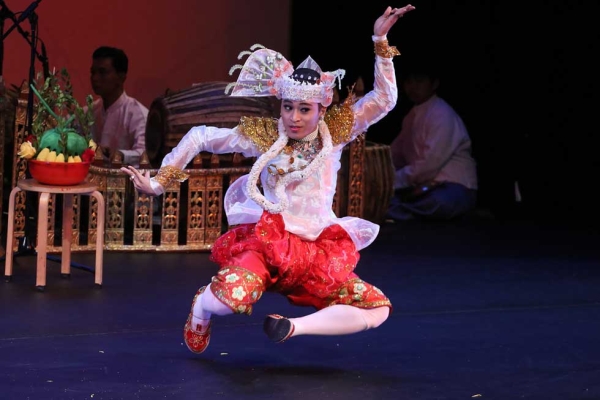 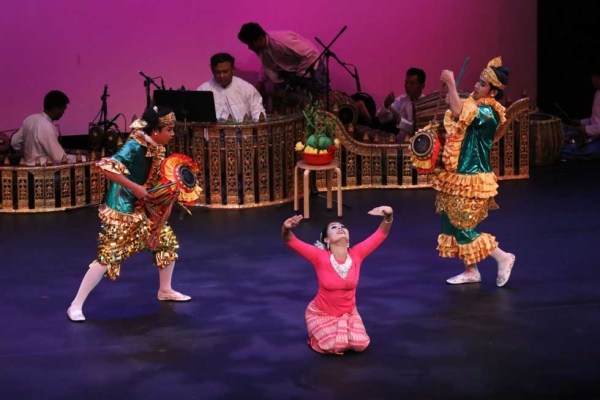 Shwe Man Thabin, one of Myanmar's most beloved traditional performance troupes, made its U.S. debut at Asia Society on April 10-11. Eighteen musicians and dancers from the 75-member company traveled from Myanmar to New York for two sold-out performances. A sample of high-profile reviews appear below.

"The influence of marionette movement is fascinating today, as agile dancers bound into the air and then collapse on the floor like wilted dolls with one leg stretched forward and the other bent behind... After the hna pa thwa performance in the program’s second half, audience members lingered in their seats, dazed, even after the performers had bowed and waved goodbye." — Gia Kourlas

Financial Times (paywall)
"…mixes the devotional with the gaudy and irreverent"

“In one of many entertaining dance-theatre numbers, the evil Mara tried to lure the Buddha from his true path by reeling him in like a big fish. On the other hand, every act — however bawdy, clownish, clangorous or acrobatic — ended with the performers pressing their palms together in devout gratitude... When the troupers gently poked fun at all manner of authority, it was to rejoice with the audience in laughter, in shared values. How delightfully alien to contrary New York." — Apollinaire Scherr

ArtsJournal
"The music is astonishing…"

"Watching Shwe Man Thabin’s zat pwe (condensed into about two hours including an intermission) is like coming upon a mini-banquet of different related forms—from bawdy folk dramas to elegant dances with religious significance (and all that lies between). Dancing! Singing! Comedy! Drama! Performers adept at all of these!" — Deborah Jowitt

Curious to see for yourself? Watch the complete program below, and a special pre-performance lecture by Kit Young, co-founder and artistic director of the Gitameit Music Center in Yangon, here.