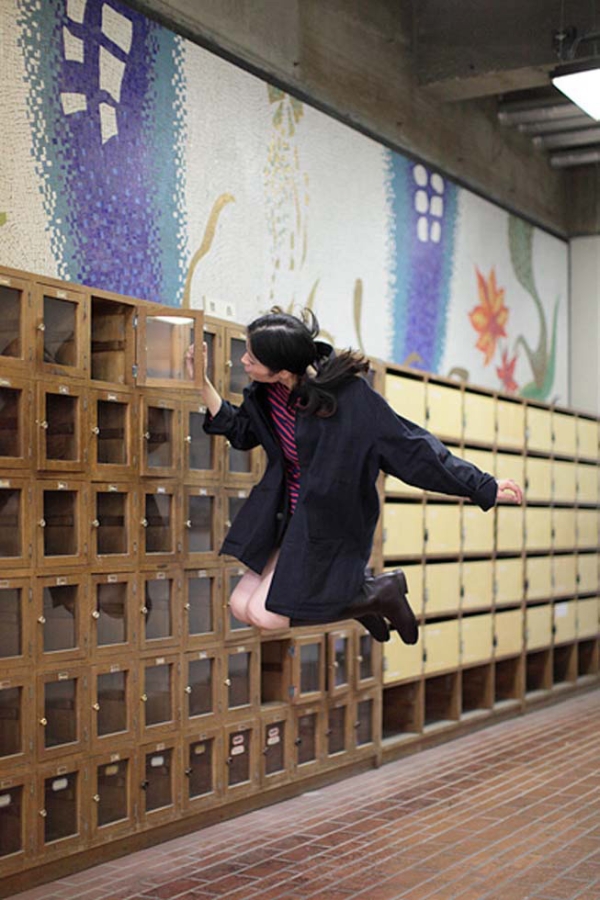 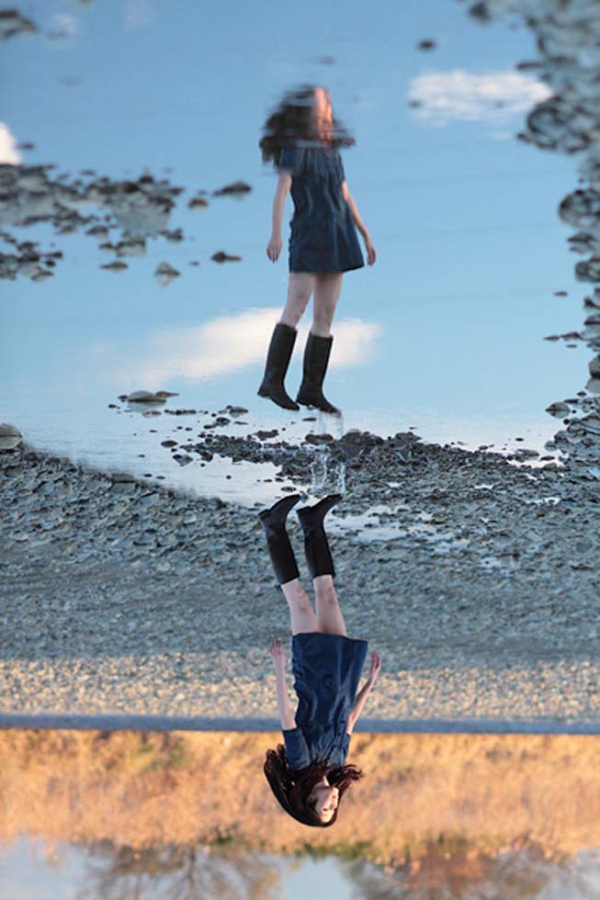 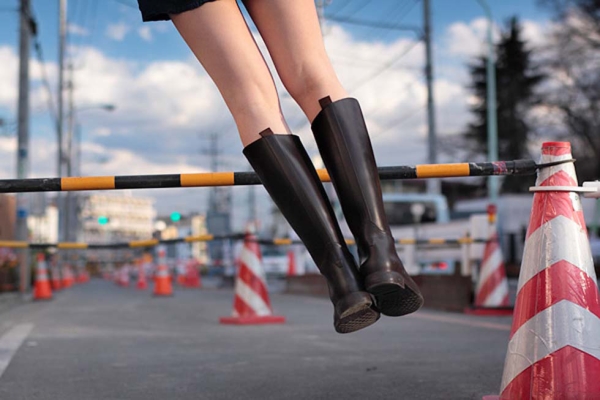 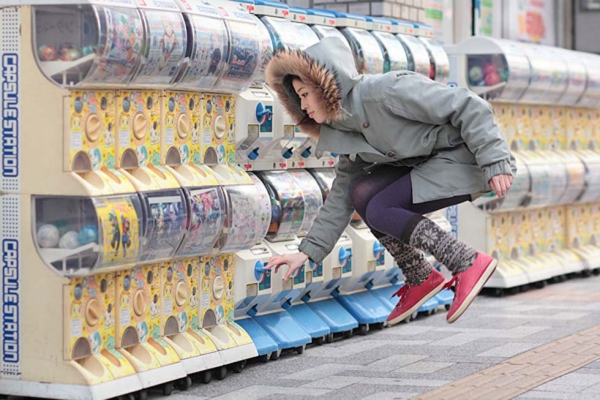 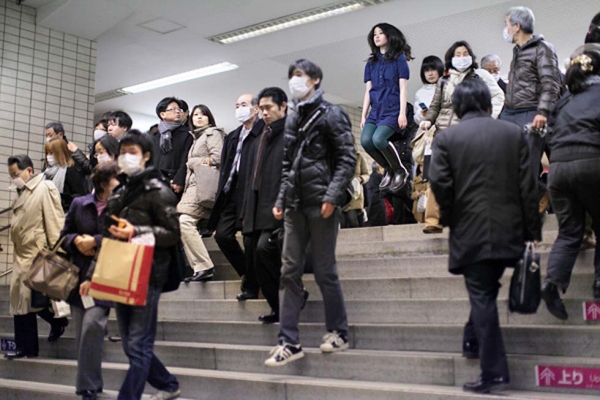 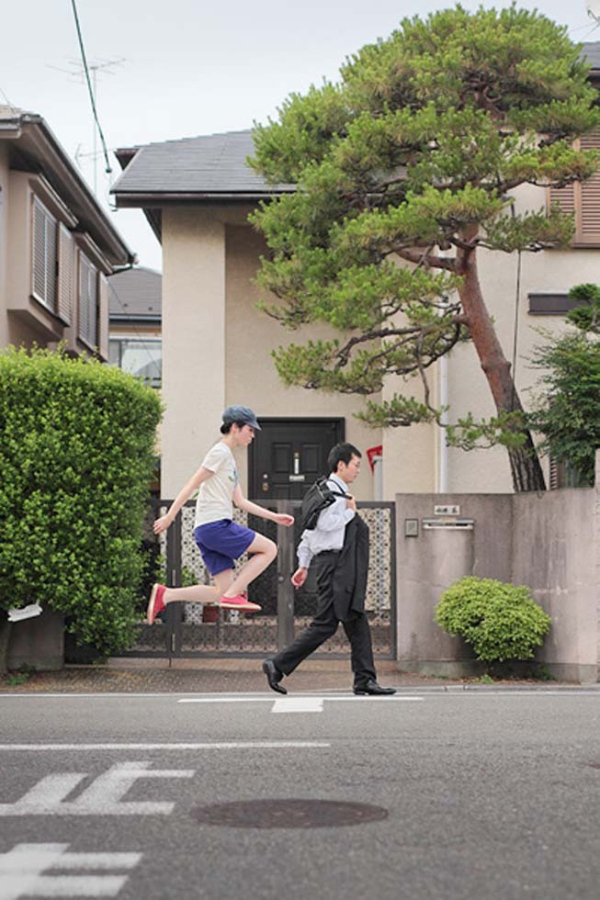 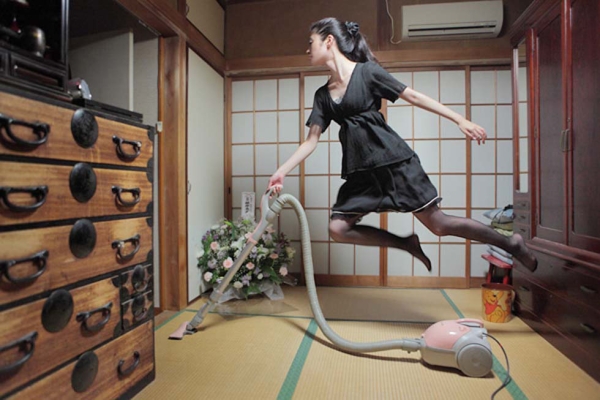 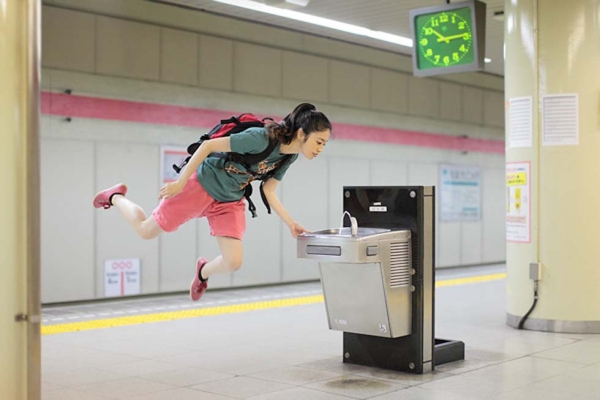 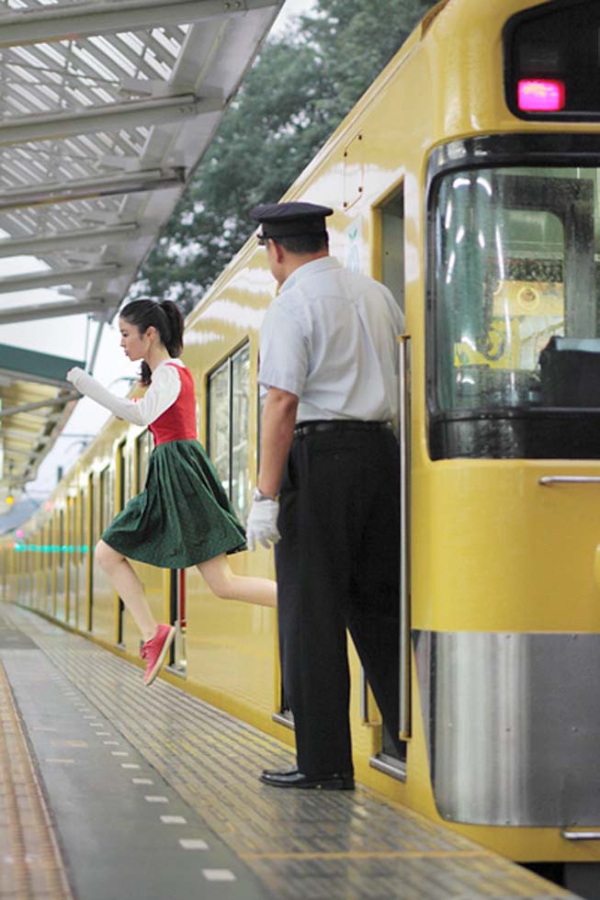 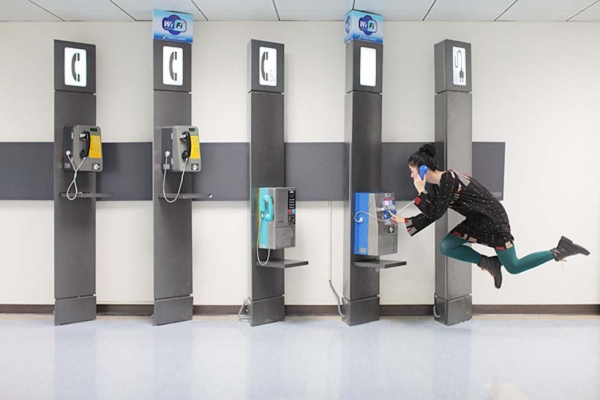 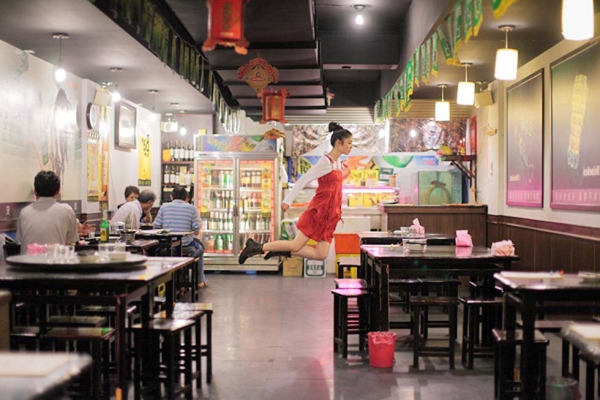 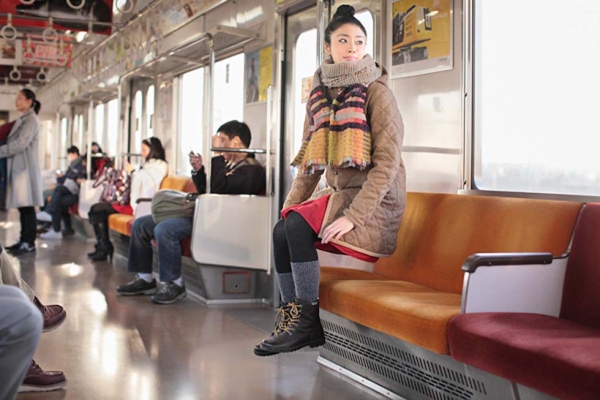 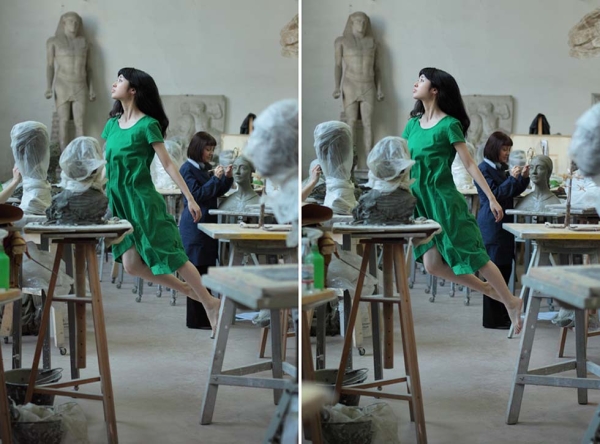 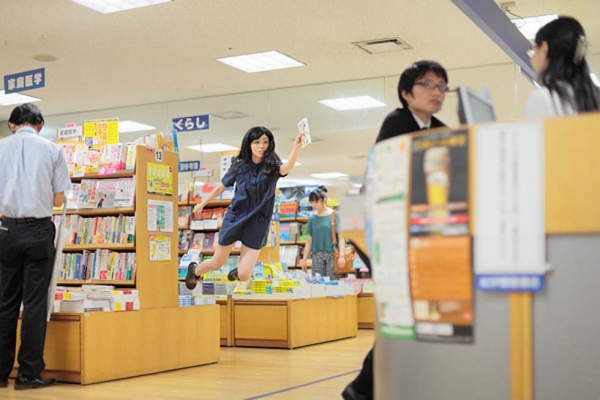 Tokyo-based photographer Natsumi Hayashi is known as the "levitation girl." She became an internet sensation over the past year with her "Today's Levitation" series, a self-portrait project consisting exclusively of images that capture her in mid-air, usually against an everyday urban backdrop.

Inspired by her stated intent to challenge the English-language expression "to have one's feet firmly planted on the ground," Hayashi's images evoke a sense of playfulness and whimsicality. As a contemporary art project, the levitation series also seeks to explore the idea of truth in viewers' perceptions — because while these photos show the photographer posed serenely in space, during her process Hayashi sometimes needs to jump a few hundred times in order to get the perfect shot.

We reached out to Hayashi through email to find out more about her levitation project.

What is the concept behind your levitation photography?

“Today's Levitation” is my ongoing self-portrait-diary project. I have been updating it since the first day of the year [in] 2011 on my blog, called "yowayowa camera woman diary" — meaning "a feeble camera woman's diary." The blog is a fictional diary of 2011, so I do not update it in real time. In fact, the date for each blog entry can be later than the actual date I took the picture, as I spend a significant amount of time choosing the best shots. For example, the latest photo uploaded was dated June of 2011.

Why do you do this? What does this work mean to you?

Firstly, I got the idea of this series from an English idiom that says "to have one's feet firmly planted on the ground," applied to a practical type of person. In Japan, we have the exact same idiom, but I am not a practical type of person at all. Therefore, I try not to have my feet "firmly on the ground" in my self-portrait photos to show my true self. When I am free of the gravity inside the picture, I feel free of any obligation to society and live without being bound to many things. In contemporary societies, we are all surrounded by social stress as we are bound by the forces of the earth's gravity. So I hope that people feel something of an instant release from stressful, practical days by seeing my levitation series.

Secondly, the most important thing is that photography has been accepted by our society as a tool for showing firm evidence of incidents through the past centuries. But it is changing now, I think. Our society is gradually finding out that photography doesn't only show the truth but also shows untrue images. It is not only about digital manipulation with Photoshop but also about our long history of photographic propaganda. For example, politicians had been showing their "untruly" clean images through carefully controlled portraits through the 20th century. And now, we all know that those portraits never give us any reliable information about the politician's truth. We all have been learning the two different ends of the possibilities of photography: showing the truth, and showing untrue images.

I think, therefore, my levitation series, as a contemporary art project, has to reflect this understanding of photographic expression.... I hope that my levitation series can be the key which awakens essential questions about things we can see through our eyes: "What is truth?" or "What is untruth?"

Your poses are so composed and natural. What's your trick?

Usually, I do not go out just for taking levitation photos. Since the project is my diary, I prefer to "encounter" appropriate locations for my levitation through common daily activities. Therefore, I always carry my tripod and DSLR even when I just go shopping or to a meeting. After I find the location, I set up the equipment, fix the composition, and set the camera with the shutter speed of 1/500 second or faster to freeze my jumping movement. Then I entrust the shutter release button to my partner. Whenever I jump, he presses the button with perfect timing.

In many cases, I never give up and keep jumping until I'm satisfied with the results. Sometimes it requires me to take up to 300 frames apiece. In other words, it forces me to jump up to 300 times to get one perfect shot. The most important thing during mid-air is that I am controlling my posture to make viewers not expect my landing. For example, my shoe soles have to face up to the sky, and my eyes should never look at the landing point. And of course, my facial expression has to be very calm.

After the shooting, I have to choose the best shot. The key point of the best shot is that all my muscles look relaxed. Therefore, I forget everything I actually did at the shoot (jumps) and need to see all the shots freshly, without prejudice, to discover the "levitation" shot. To me, this part of the production is the most difficult and important aspect of my levitation series. Through choosing the best shot, I transcend the boundary between two realities, "the reality of [the] jump" and "the reality of levitation." In other words, the boundary between "truth" and "untruth."

What are you working on next?

I have been working on "STEREO (3D)" levitation photos occasionally since the beginning of the project. Since the project is a one-year, 365-day-diary, I'm reaching the halfway point of the project now. I will work on more "STEREO" levitation photos for the rest of the series from now on. This method had been invented in the 19th century, at the dawn of the history of photography. Using two sets of camera and lens which can work as our right and left eye, the method captures a set of different images simultaneously. We can see very realistic three-dimensional depth by seeing those images through our naked eyes.

Anne Zhou is a contributor to Asia Blog. A Media Studies and Chinese major at Hunter College, she is a native New Yorker. Anne enjoys making documentaries, traveling, and eating.
@_annezhou