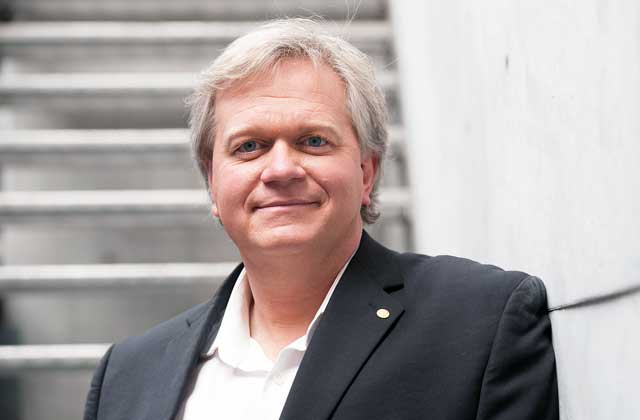 Under the world's current carbon emissions trajectory, average global temperatures could rise by at least four degrees Celsius by century's end, which scientists warn would bring catastrophic effects. One particular trend raising worries is the urbanization of hundreds of millions of people in emerging Asian countries that rely heavily on fossil fuels. These countries face an enormous challenge in managing the impact of rural residents as they rapidly transition to high-consumption urban lifestyles. So what policies can help to address this challenge? And how would they effect the way people live? These are some of the questions to be explored by Nobel Prize Laureates on April 22 at an Asia Society Hong Kong dialogue titled Sustaining Humanity in the Midst of Climate Change as part of the 4th Nobel Lauretes Symposium on Global Sustainability (The entire symposium will be live-broadcast here).

One panelist will be astrophysicist Brian Schmidt, who was awarded the Nobel Prize in Physics in 2011 for his work demonstrating the universe's accelerating expansion. In recent years, Schmidt has been vocal on climate issues and the grave need to take greater action. Ahead of the Hong Kong dialogue, he spoke with Asia Blog about the politics of climate change in Asia and humanity's odds of conquering its biggest challenge ever.

As an astrophysicist whose job focuses on looking toward the stars, what’s prompted you to be so vocal about climate change here on Earth?

What challenges and opportunities do you see in regards to climate change with the rapid urbanization happening across Asia?

This is certainly not my area of expertise. But the ultimate challenge is that as Asia urbanizes and becomes more affluent, the per-person demand of energy consumption will increase under current technology. But at a given level of affluence, cities present many opportunities to be much more efficient, and are going to be key to the prospect of simultaneously raising the standard of living in the world, but lowering the environmental impact.

Many developing countries, particularly China, argue that they shouldn’t be held to the same standards as developed countries in combating climate change. How much validity do you see in this argument?

Clearly the capacity of a country to roll out technologies to combat climate change is going to depend on the state of its economy, so we cannot expect China or other developing countries to undertake the same changes as highly developed countries. That being said, If the developing world produces the same amount of CO2 per person as the developed world did in getting to where we are now, there is nothing that the developed world can do to stop climate change from happening. So a compromise is going to be needed where we take different pathways to a sustainable future.

If political action ends up falling short, do you have any hope that technological development can still pick up the slack and sufficiently mitigate climate change?

Without political action, I think it will be very courageous to assume that technology will solve the problem. Low-cost energy — energy cheaper than fossil fuels — might eventuate, but I wouldn't bet on it. A perfectly plausible path would be that without political action, the world will convert most of the its fossil fuel resources into energy, and this will have profound effects on the climate, and probably on the societal, economic, and political structures that exist across the globe in the future.

On the weighing scale balancing optimism and pessimism about the future of humanity, which way are you tilting these days?

I will admit to being scared — I do not know if the world has the discipline to do what it needs to, to live sustainably with more than seven billion people on the planet. But I am an optimist in how I think about the problem; I know it is possible to do it, and there is no sense for planning for failure, so the only sensible way forward is to optimistically challenge the problem head-on, until it is solved.