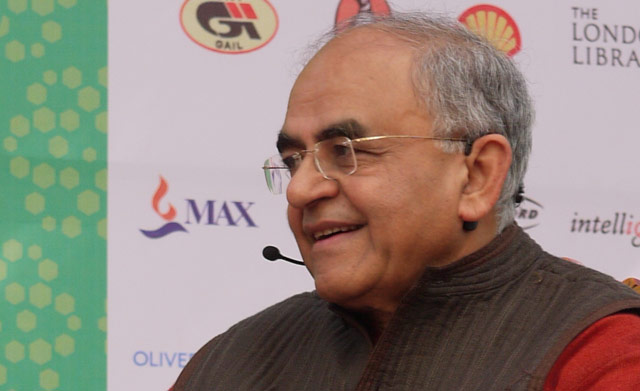 Gurcharan Das is not just a world-renowned historian, novelist, and essayist, but also, as former India head of Procter & Gamble, a veteran of India's economic miracle. In his new book, India Grows at Night: A Liberal Case For a Strong State, Das draws on what he knows of India's economy and government to make a case for the difficult, but obtainable path to progress for a large and rapidly changing country. Das will discuss his book and thoughts on India's upcoming elections at Asia Society New York this Thursday, December 5.

Asia Blog caught up with him via email to ask a few questions about his vision for India's future.

In your book you advocate for a strong state in India that would support private enterprise. These two ideas seem a bit contradictory, as strong states often support state-run industry and enforce market regulation. Can you explain your argument?

The strong liberal state that I am advocating has three pillars. One, it has an executive capable of taking quick decisive action when needed. Two, that action is bounded by the rule of law. Three, that action is accountable to the people. This is the classical conception of the modern state, which was in the minds of the founding fathers of the U.S. and India. Such a strong state does not support inefficient state enterprises but it has strong regulators who do not tolerate corruption.

What opportunity does India’s election in 2014 present to bring your vision into reality?

It is possible that we might get a strong leader if (Narendra) Modi wins. He will get things going and restore high growth and he will reduce corruption, but he will not do the governance reforms needed to make India a strong liberal state.

We recently saw a lot of international investors pulling out of India as the U.S. Federal Reserve threatened to pull back on its bond-purchasing program. What did that tell you about the insecurity of international investment in India. Should it be a concern for businesses in India and if so what can be done about it?

India still presents one of the best destinations for foreign investment. The law moves slowly but it does ensure justice in the end.

You argue that India has a strong society and a weak state. Historically, women’s level of education and status in society translate into innumerable benefits for society overall, how do you see women’s rights issues developing in India’s future?

India has made significant strides since the rape scandal last winter. The latest example is that of an iconic, powerful editor who has just been arrested for sexual molestation under the new law.

India is the birthplace of Buddhism and the dharma, could you comment on the ways in which governments and corporations could apply the dharma in capitalism?

There is a great need to bring dharma to capitalism as we are going through a "robber baron" phase in our history. We need to move. Part of the answer is more economic reform which will take away discretionary power in the hands of politicians and bureaucrats. This will help to move from crony capitalism to a rules-based capitalism.