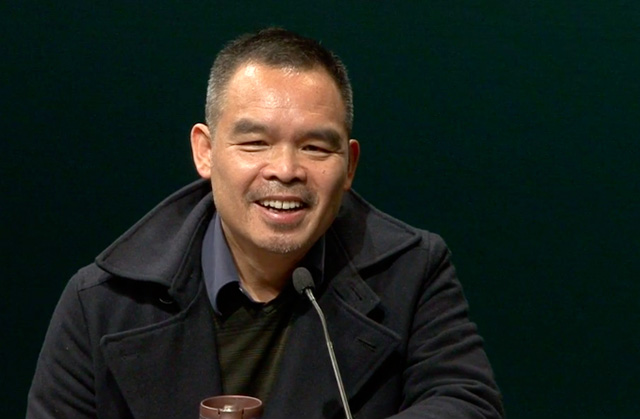 To say Vietnamese American writer Andrew Lam had an unconventional childhood would be a gross understatement. Born in Vietnam in 1964, he was the son of a South Vietnamese general and forced to abandon his homeland at age 11 as Communist forces closed in on Saigon. His family eventually settled in California, where Lam would go on to become an accomplished author writing on the Vietnamese diaspora. He's since co-founded New America Media, an association of ethnic media organizations around the country, and authored the books Perfume Dreams, East Eats West, and Birds of Paradise Lost. In an interview with Asia Blog, he discussed his childhood, his writing, and how the world is changing for Vietnamese immigrants in America.

In your 2005 book Perfume Dreams, you said "When Americans say Vietnam, they don’t mean Vietnam." Has this changed at all today? Are Americans starting to see Vietnam as a country rather than a war?

Increasingly there is more awareness of Vietnam, as it's a favorite destination for tourists these days. More young Americans don't have this attitude. But in the American world of journalism, which is still being directed by the Baby Boomer generation as the gatekeepers of news media, Vietnam remains the crucible. It's the source of their political coming of age and they are having a hard time letting go of what they think they know of Vietnam and what's really going on there now. Look at a few headlines of the last few years and you'll know what I mean:

In college you had originally planned to go to medical school. How did you end up becoming a writer instead?

In essence, after I graduated I took creative writing to write about a broken romance, but it led to a different career path than the one I thought I went to college to pursue.

During my freshman year, I fell hopelessly in love. My new love, whose smiles and kisses made me tremble, stole me away from my familial sense of duty. I found a new country, a new home. But then, soon after graduation, it was all over. My heart shattered. While working at the laboratory on campus I took to writing, in part in order to grieve. In the daytime I killed mice. I bombarded their mammary tissues with various carcinogens to see how they grew. At night I gave in to heartbreak. I typed and typed. I bled myself into words; mostly, I suppose, to describe my broken heart. But one thing you discover quickly enough is that if you're still falling it is very hard to describe the trajectory of that fall, and it's impossible to frame the meaning of one's great romance when one's heart itself is not done with the breaking.

Then one day I wrote something along the lines of this passage: "When one loses someone whom he loves very much, with whom he shares a private life, a private language, a private world, a routine, he loses an entire country. He becomes, in fact, an exile."

And it was then that I realized that I had had my heart broken before as the 11-year-old who stood in the refugee camp in Guam and listened to the BBC announce the end of his world: the loss of Vietnam, friends, relatives, and ultimately a country. I ran so far and fast away from that memory when I landed in America that I pretended Vietnam didn't have anything to do with me. But I suppose one cannot outrun the past, so I wrote — seriously this time — going back further beyond the broken romance to write about a broken people, forced to flee. I wrote about being a refugee and marginalized in America. And I kept writing until my instructor got me accepted into the writing program at San Francisco State, and it was where I was "discovered" by the writer Richard Rodriguez and I became a journalist and writer.

What's your most vivid memory of your childhood in Vietnam?

Flying in my father's helicopter out to the DMZ during the ceasefire in 1973, a year after major battles had been fought over Quang Tri. The dead still laid buried in mud and ricefields. The rice had ripened, but no one was harvesting. Walking around Quang Tri, you could see that not a single home had survived intact. In one house, an old cabinet was standing but where the family altar used to be a stork had made its nest. It was a striking image to see. I also saw a half-crazed old woman who sat behind a window of a wall. She sat, as she must have for years as an old habit, but the house was no longer there. On the way home that day, the moon was racing from rice paddy to rice paddy, and I smelled jasmine in the air.

What changes have you noticed for Vietnamese immigrants and Vietnamese Americans in the U.S. since the time when you came?

My family and I were the first to arrive to Daly City, South of San Francisco, two weeks after the war ended. There was no such thing as Little Saigon, no community. It's probably why I adjusted so fast to my American life. Now you can read a Vietnamese newspaper in San Jose or Orange county, go to a Vietnamese lawyer or doctor, and a newcomer has less pressure to integrate with a large community or ethnic enclave that caters to his many needs.

The population of Vietnamese Americans has reached beyond 1.2 million and we now see extraordinary achievements among many individuals: a billionaire in the technology business, a top scientist in bomb-making, an array of judges and lawyers to local politicians, dozens of authors who publish important works, and many artists whose works are collected at major museums. I would say that the community has gone past survival toward a prosperous stage, our roots sinking deeper and deeper into the American loam.

I tend to not dwell on what I have written and can't really say I have favorites. But if I have to pick something, it's probably "Grandma's Tales," a strange, surreal short story that's collected in Birds of Paradise Lost. I wrote it in three days and it was feverish writing. I could never get back to that mindset to write something as fabulous (and I mean fabulous in the sense of fable) as that story.