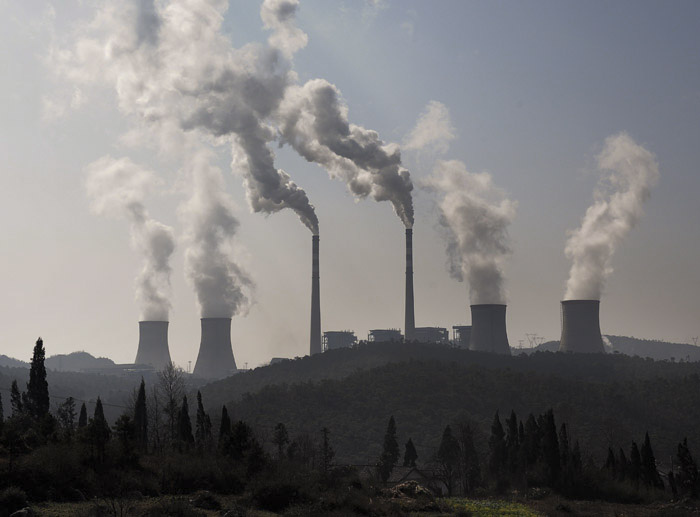 A controversial Chinese petrochemical factory expansion — born from an investment of 55.87 billion yuan (US$ 8.9 billion) by oil and gas giant Sinopec — was suspended by the Ningbo city government after a massive protest in late October. Fearing the environmental and health risks of paraxylene (PX) production, thousands of residents took to the streets.

Ningbo is not an isolated incident. Similar protests against projects involving PX, a key chemical in plastic and polyester manufacturing that can be hazardous to abdominal organs and the nervous system if inhaled or absorbed through the skin, occurred in Xiamen (2007) and Dalian (2011). This is also the third major environmental event in the past year resulting in violent clashes between citizens and local governments — the other two occurred in Shifang over a metals plant and in Qidong over a wastewater discharge project.

In recent years, "mass incidents" stirred by pollution have steadily increased in China as people become richer and more environmentally conscious. The middle class in particular is demanding a better environment. But the economic strategy that fueled three decades of rapid economic growth in China relies on increasing resource inputs and lax environmental regulation. As a consequence, the overall state of the environment is deteriorating — or improving too slowly — which disappoints many Chinese citizens. Lacking regular channels to express their concerns, some choose to vent their discontent by "taking a walk," a form of protest against the government. Some peaceful petitions have escalated into violent clashes.

Local authorities usually respond to such protests promptly. All of the above-mentioned projects were postponed, transferred, or even canceled in order to placate the crowds on the street. It would be overly optimistic, however, to describe these conciliations as victories of grassroots environmental activities. On the contrary, the response of local governments has revealed many deep-rooted problems in China’s environmental policymaking.

The dramatic turnaround of local governments is not in response to citizens’ environmental complaints but derivative of concerns over growing social unrest. This is especially apparent now, as these events occurred during the sensitive period right before the 18th Party Congress, a once-a-decade leadership transition that began November 8. At this moment, local governments are willing to maintain social stability at any cost. Once this intense pressure has diminished, these controversial projects might resume. For example, the PX plant in Dalian actually doubled its capacity even after the government pledged to shut it down.

It has become clear that new approaches are needed to implement environmental impact assessments (EIA). Due to the deep mistrust between Chinese citizens and the government, many people suspect that local authorities and investors are hiding information from them. When a local government backs down from a controversial project, officials have failed to disclose whether or not the implicated project violated environmental standards. On the one hand, it appears that the required public participation in many EIAs is merely superficial. Otherwise local attitudes toward the project would have already been identified well before these manifestations. On the other hand, it is likely that some above-board projects could fall victim to social unrest. For example, mitigating the risk of PX production is manageable, as evidenced by experiences in the United States, Japan, Singapore, and South Korea. Canceling these projects could bring unnecessary economic losses to the Chinese cities in question.

The “success” of these cases sent a signal to citizens that the government will address their concerns only if their protests are visible. As a result, it will incentivize more people to adopt this approach of environmental conflict resolution. The cost of such manifestations is inhibitive, as social unrest causes damage and disrupts economic activities. Furthermore, the protesters do not necessarily represent the median preference of the local community but their own, at times specific, agendas. For instance, some may welcome petrochemical projects for the jobs they create, but nobody wants the plant to be located in their community — the so-called "not in my back yard" (NIMBY) argument. As real estate prices continue to skyrocket in major Chinese cities, it is expected that NIMBY will become a major driver of environmental movements. In such cases, the government’s response to protesters’ demands might harm the interests of those who remain silent.

As the tension between rapid economic growth and an increasing demand for environmental quality continues to increase, we should expect to see more environmentally-charged demonstrations. The Chinese government cannot always rely on the current crisis management model, shuttering every project that is contested. Strengthening formal environmental regulation would be far less costly, but the first step is to rebuild citizens' confidence in the government. China’s new leadership would be well advised to bring this to the top of their agenda.