How Asian Graduates and Executives Boost the U.S. Economy 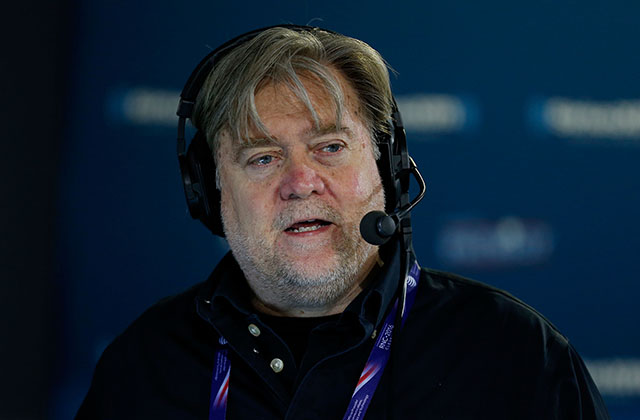 Comments made last year by President-elect Donald Trump’s newly named chief strategist Steve Bannon were recently unearthed in which Bannon, until recently the executive chair of Breitbart News, suggested foreign students in the United States should return home after graduation because “two-thirds or three-quarters of the CEOs in Silicon Valley are from South Asia or from Asia.”

Not only did Bannon vastly overestimate the percentage of Asian CEOs in Silicon Valley — in fact, Asians are actually proportionally underrepresented — studies show that allowing more foreign students to stay in the U.S. after graduation and having more of them serve in executive positions is economically beneficial.

On December 5 and 6, Asia Society in San Francisco will host the first West Coast Diversity Leadership Forum, which will focus on the demographic, cultural, and business strengths and challenges of California and Silicon Valley.Learn more

Trump himself appears to at least partially recognize this. “We have to keep our talented people in this country,” he said to Bannon on the latter's radio program. "I still want people to come in. … But I want them to go through the process."

Foreign students at American universities who want to stay and work already go through a difficult and fairly arbitrary process. They must be sponsored by an employer for a job that qualifies as a “specialty occupation” with specialized knowledge, such as scientists, engineers, or computer programmers. And even if they meet that requirement, they’re still more likely than not to be rejected. The United States maintains an annual cap of 85,000 H-1B work visas, which is allocated by lottery. This supply is well short of the record 236,000 applications for the visa this year.

Trump was right about the economic desirability of keeping these students in the country. Multiple studies have found that retaining more of them — especially in the science, technology, engineering, and math (STEM) fields — is good for wages and jobs in the broader economy.

Currently, international students, most coming from Asian countries, receive roughly half of the STEM degrees granted in the United States. One study found that for every 1 percent increase in foreign STEM employees in the U.S. workforce, wages of native college-educated workers (both STEM and non-STEM) rise by 4 to 6 percent.

A separate study published earlier this year found that if foreign graduates were given unrestricted opportunities to work, “it would increase employment levels and tax revenues in nearly every state in the country.” The 10 states with the most foreign student visa holders would gain nearly $8.3 billion in wages and $283 million in state taxes.

Companies would also benefit from positioning this foreign talent to assume leadership positions. A two-year assessment of 180 publicly traded companies by McKinsey & Company showed that those ranking in the top one-fourth for executive board diversity had returns on equity that were 53 percent higher on average than companies in the bottom one-fourth. “Fielding a team of top executives with varied cultural backgrounds and life experiences can broaden a company’s strategic perspective,” the study concluded.

Pirq CEO James Sun talks about the importance of constantly innovating and how to build a workplace culture of diversity and entrepreneurship at Asia Society's 2015 Diversity Leadership Forum. (28 min., 55 sec.)

But even Silicon Valley companies, which — as Bannon’s remarks illustrated — have a perception of Asian over-representation, don’t appear to be taking full advantage.

“Asians are the largest minority group in Silicon Valley,” said Buck Gee, who has done research on Asian representation in San Francisco as executive advisor to the non-profit organization Ascend. “They are 47 percent versus 46 percent white. The general narrative is that Asians are overrepresented, so the natural assumption is they're doing fine.”

But these large proportions of the workforce belie much lower representation higher up the corporate ladder. One assessment of Bay Area Fortune 500 companies found that only 8 percent of board members and 12 percent of top executives were Asian — a far cry from Bannon’s “two-thirds to three-quarters” estimate.

In his research for Ascend, Gee found that white men and women in San Francisco Bay-area tech companies are most over-represented in leadership roles. White men hold a share of executive positions equivalent to 163 percent of their share in the area’s tech workforce, while white women have 114 percent representation in these executive roles.

The proportion of Asian men in executive positions, however, is just 70 percent of their population share. Asian women come in lower than any other group with 36 percent.

“All the CEOs we talked to about the data, and even the Asians, always believed there was a gap, but they never realized it was this huge,” Gee said. “If you look at the diversity priorities in Silicon Valley, it is blacks, Hispanics, and women. There's very little priority in Asian diversity.”

Gee attributed this gap largely to differences in “management culture” between East and West and perceptions of what make good leadership qualities. Asian employees are often dissuaded from striving for executive positions because they feel they lack the desired leadership qualities, creating an “implicit bias” among non-Asians that all Asians hold these attitudes and are disinterested in pursuing a leadership track.

Gee added that the lack of Asians visible in leadership positions further depresses ambition to seek out those roles. This is especially true for Asian women. “It’s not that they’re not ambitious or that they can't do it,” he said. “They think it's rigged against them. So unless companies recognize that and take proactive steps to fix it, it won't fix itself.”