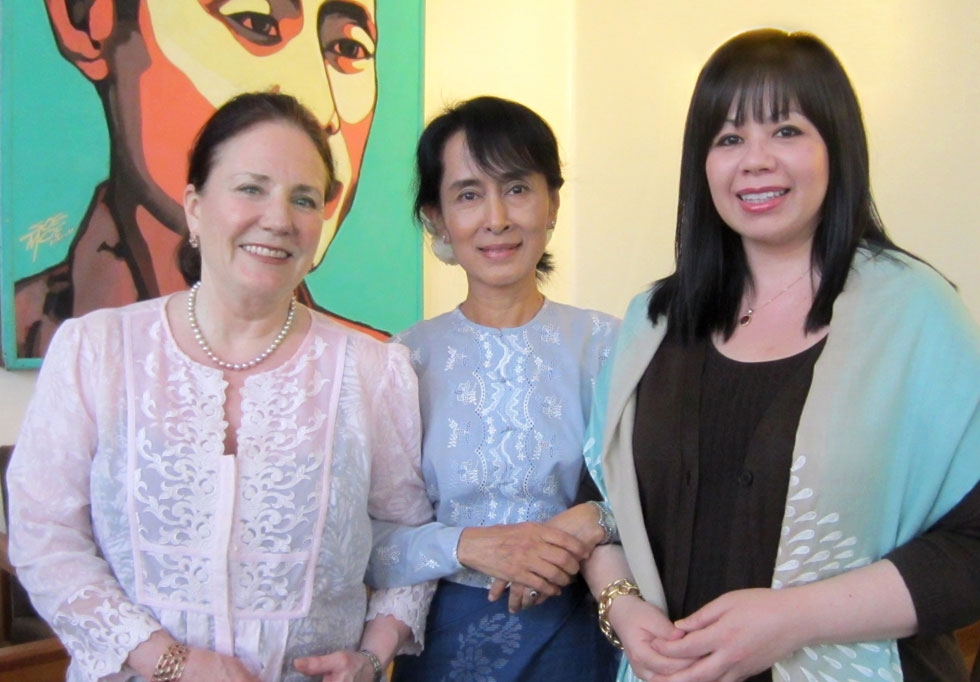 I am in Myanmar (formerly Burma) with an Asia Society delegation to engage in a newly launched Track II dialogue. The goal of the dialogue is to establish an ongoing channel of communication between experts from both countries and explore opportunities for cooperation to advance U.S.-Myanmar relations. Our discussions have been focused on a range of issues, including political and economic development, environmental sustainability, rule of law, democracy building, and people-to-people exchanges. We have been meeting government officials, civil society and private sector leaders, and representatives from the opposition, including Aung San Suu Kyi.

Throughout our discussions we have been hearing about the remarkable changes underway, particularly the return of opposition parties to Myanmar’s political scene. An April 1 date for a parliamentarian by-election has been set, and 47 political parties have registered. The National League for Democracy (NLD) alone has registered nearly two-dozen candidates to run in the election, including Aung San Suu Ski.

The pace of change here over the past week has been dizzying. The government of Myanmar and the Karen National Union signed a cease-fire agreement, which could lay the groundwork for ending what essentially has been a 50-year civil war. While there is no question that advancing national reconciliation with minority groups will continue to be a key challenge, the cease-fire is a major move in a positive direction.

The next day, the most significant release of political prisoners by the new government occurred — 651 prisoners were released, including leaders of the “88 Generation Students” group who protested against Myanmar’s military junta in 1988.

Within a day of these developments, the United States restored full diplomatic relations with Myanmar. As a next step, both governments will exchange representatives at the Ambassadorial level.

Since it embarked on a new course of “pragmatic engagement” with the government of Myanmar in September 2009, the United States has been consistent in communicating three key elements that needed to be met to move bilateral relations forward:

Myanmar’s new government has made progress on the first two elements. The third will be tested in the coming weeks and months as groups begin to organize and carry out political campaigns across the country.