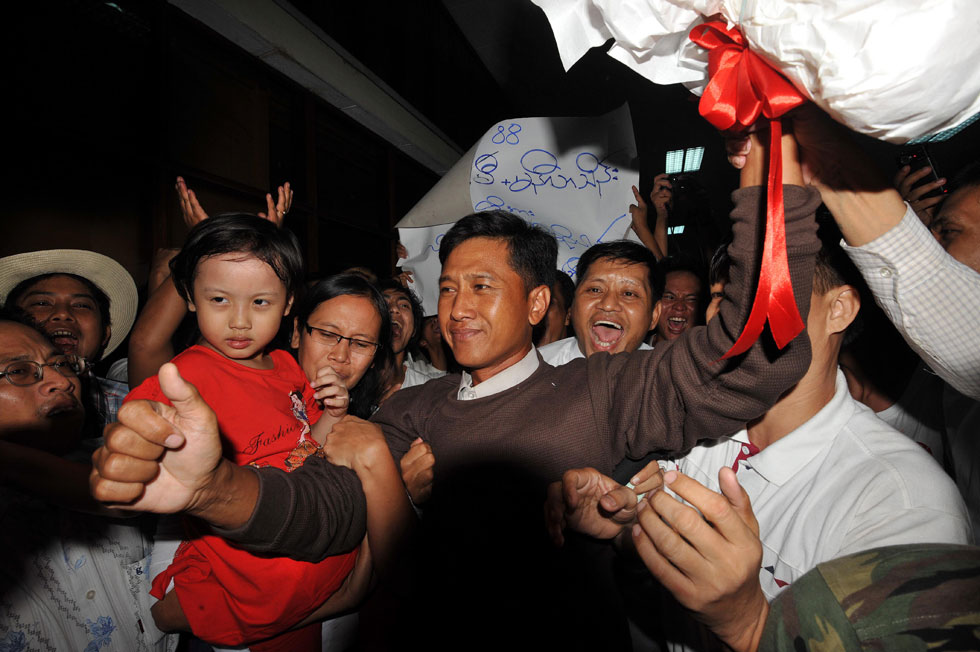 Myanmar political prisoner Kyaw Min Yu (C), known as Jimmy, and his wife Ni Lar Thein (L) holding her child, both members of the 88 Generation student group, celebrate upon their arrival at Yangon international airport following their release from detention on January 13, 2012. Myanmar pardoned prominent dissidents, journalists and a former premier on January 13 under a major prisoner amnesty, intensifying a surprising series of reforms by the army-backed regime. (Soe Than Win/AFP/Getty Images)

It was a historic day in Myanmar (formerly Burma), as the government released hundreds of political prisoners and the United States restored full diplomatic relations with the embattled Southeast Asian nation.

Myanmar's government continues to prove to the world that it is serious about reforms and about getting this resource-rich country back into the global community of responsible nations. Its political leadership continues to take take risks against the hardline military establishment. It is heartening to see that the global community is responding positively to these changes, even if cautiously. So, it is a welcome sign that the United States will upgrade its diplomatic relations with Myanmar by appointing a full ambassador to this rapidly changing country.