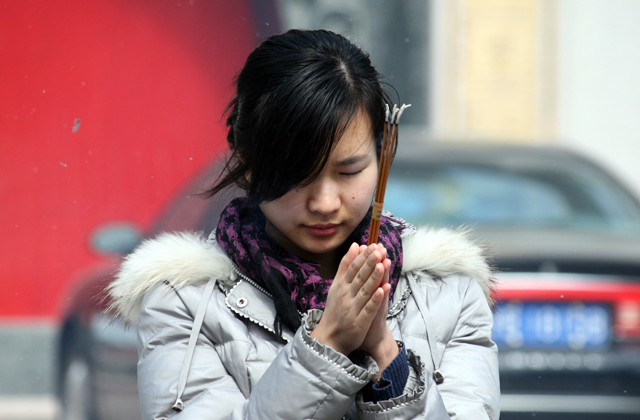 For millennia, China was a deeply religious country, one whose landscape was once dotted with more than one million temples. But decades of Communist Party efforts to eradicate religious faith destroyed much of this heritage and forced millions of worshippers underground. More recently, religious belief has made a comeback as an increasingly prosperous nation searches for its moral center.

For the past several years, Ian Johnson — a Pulitzer Prize-winning author and reporter for the New York Times, the New Yorker, the New York Review of Books, and other publications — has conducted extensive research into religion in China, going beyond traditional reportage by living with and observing practitioners of different faiths. This in-depth look culminated in Johnson's new book, The Souls of China: The Return of Religion After Mao, which will be published on Tuesday.

On Thursday, April 13, Ian Johnson will discuss his new book The Souls of China: The Return of Religion After Mao with Ian Buruma at Asia Society. Please tune in at 6:30 pm New York time for a free live webcast.Learn more

On Thursday, Johnson will appear in conversation with author Ian Buruma at Asia Society in New York for an event sponsored by ChinaFile and the New York Review of Books. In a recent interview conducted by email, Johnson told Asia Blog why religious faith differs in China and in the West, why government attempts to suppress religion backfire, and why religion is essential to any understanding of contemporary China.

You write that religion and the state in China have long been entwined in ways that differ from the West. Could you explain this difference?

I'm thinking here especially of the contemporary West. Historically, religion and politics were linked in all societies. European history is unimaginable without the popes and Martin Luther. In Islam, you also have a similar intermingling of faith and politics. In imperial China, it was the same.

In fact, it's best to think of the political structure as a political-religious system. The emperor was the "son of heaven," one of whose primary tasks was to carry out rites and ceremonies to ensure an alignment of heavenly and earthly matters. His officials in the provinces carried out ceremonies at City God temples, which helped legitimize them in the population. China had organized religions but they only rarely clashed with the state. Far more, they were co-opted into the project of governing the empire.

Why is the question of religious affiliation in China (say, between Taoists and Buddhists) is more fluid than elsewhere in the world?

Many traditional societies are like this — it's the Abrahamic religions that are the exception, that tend to think in absolute terms: Follow my teachings, or go to hell. In China, you had something that's better thought of as "Chinese religion." There were separate teachings, or jiao, but they didn't really function as separate institutions with powerful hierarchies and clergy. Instead, they had practices and rituals that communities and individuals adopted as they needed. For most people, religious life wasn't a choice. It was something you were born into and did, e.g., "everyone in my village prays at this temple or makes this pilgrimage, and so do I."

Except for priests, monks, and nuns in these faiths, almost no one thought of themselves as a Buddhist or Taoist. Those are modern distinctions adopted when Chinese society was being reorganized in the late 19th and early 20th centuries. 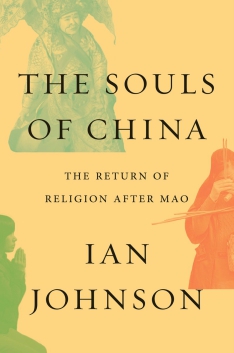 How would a different approach by the Communist Party toward state control of religion affect religious belief in contemporary Chinese society? Do the attempts of the government to control religious faith actually help it spread in China?

The party could do many things differently but I'd focus on its biases. It's pretty clear that despite its claim to be impartial, the party especially now favors the so-called traditional religions: Buddhism, Taoism, and folk practices. (I say so-called because both Islam and Christianity have had a permanent presence in China for centuries.) The Party is much more skeptical of Christianity and Islam, primarily because of their perceived foreign ties. This is causing much resentment and is already a source of tension, especially in Xinjiang, but also among Han followers of Protestantism and Catholicism.

In terms of oppression, believers and academics have argued that periods of intense suppression, such as the Cultural Revolution, were crucibles that forged stronger belief. Even today in minority areas, oppression drives people to religion as a form of identity and protection. We can also see this in Han areas too, where persecuted Christians don't abandon their faith but hunker down.

In the course of researching this book, you lived with a series of people representing different religious faiths in China. How did this experience provide you with deeper insight than traditional forms of research?

I really admire ethnography, and as a (very minor) editor at the Journal of Asian Studies, I have been able to learn a lot by reading academics who pursue this style of research. It's not unknown in journalism — it's sometimes called immersive or participatory journalism — but is increasingly hard to carry out because of declining pay scales for journalism. With word rates and lengths of stories cut so much, it's hard to afford much field work, which is why much of journalism has devolved into quick-hit commentaries and snappy simplistic stories that tweet well. Academics have salaries, but most are tied to teaching outside of China. After their Ph.D. work is complete, most only return to China once in a while or during a rare sabbatical year. So it's not something that gets done too often, or at least not too regularly, but I was lucky because I got a couple of very useful grants and support by a couple of publications.

I think this sort of work, however, is necessary because you only really build trust with time. One of the people in the book put it best when he said: "People only get on friendly terms with each other slowly, through fate and feeling. Everyone has their temperament. You only get to understand it slowly."

What insight does your research into this aspect of culture and society provide you about contemporary China that research into politics and economics cannot? In other words, why should people pay more attention to Chinese culture?

Politics and economics are the end result of deeper-seated urges and needs. They are outcomes, not causes. So if you want to understand economics and politics you have to understand what drives them. Think of the United States: Could anyone pretend to understand this country without knowing the history of the Puritans, the faith of Martin Luther King Jr., or the concerns of Southern Baptists? We take it for granted that all of this is essential to understanding our country. China is no different.