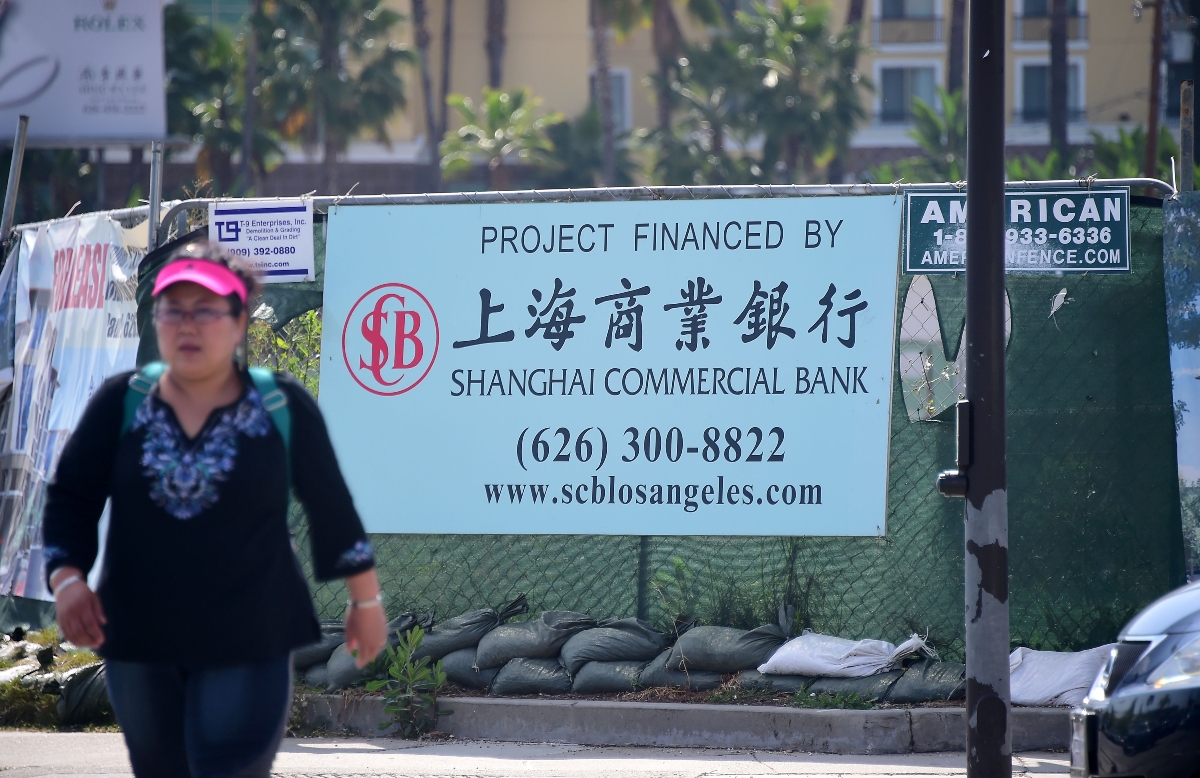 A pedestrian crosses the street in San Gabriel, California, past a banner at a construction site project financed by the Shanghai Commercial Bank. (Frederic J. Brown/AFP/Getty Images)

On August 13, Matt Sheehan will discuss his new book with Rui Ma in an evening presented by Asia Society Northern California at 6 p.m. in San Francisco.Learn more

In his new book The Transpacific Experiment: How China and California Collaborate and Compete for our Future, journalist Matt Sheehan describes how ties between Beijing and the largest American state offer a unique lens into the risks and opportunities of the Sino-American relationship writ large. Sheehan details how China's growing financial clout has shaped higher education and real estate in California as well as two of the state's marquee industries: technology and entertainment.

In advance of the official launch of his book on August 13, Sheehan caught up with Asia Blog for a conversation about China-California ties. The interview has been edited and condensed for clarity.

What drew you to this subject?

I kind of stumbled into it. It started back in 2013 when a broken ankle and a visa problem led to me leaving China and returning to the Bay Area, where I'm from. When I lived in China, I was working as a journalist and was intensely following Chinese current affairs, and when I got stuck back in California I thought I would really be missing out on what was happening in China.

But then I realized that a lot of the same storylines I’d been following in China were also happening in the Bay Area. The first one of these was Chinese homebuyers —wealthy or upper-middle-class Chinese families — buying houses in my hometown of Palo Alto. This was causing some local friction about who these people were, since they often didn't live in [the houses]. That persuaded me that a lot of the storylines that had been confined to China in the last decade or two were spilling over into the U.S. and that California was ground zero for it. 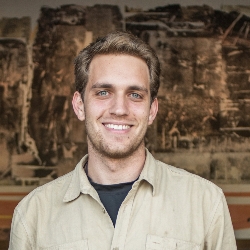 Some of China’s top priorities at the time, and through today, have been advancing its technology industry, building up its domestic culture industry, and attaining top-level STEM graduate education. So from whether it was the government’s perspective, or the family’s perspective, or the businesses' perspective, California had a lot of what China wanted. I found this subject to be rich, fertile soil for exploring what I think is a new era of U.S.-China relations from the ground up.

The title of the book refers to an "experiment." What do you mean by that?

I think of California-China ties as the largest experiment we’ve ever run in grassroots superpower diplomacy. For a long time, U.S.-China relations were always happening at a distance and usually at a high level.  It was about Richard Nixon and Mao Zedong, Henry Kissinger and Zhou Enlai. Or it was about U.S. companies setting up factories in China and shipping physical products back and forth.

Across all of these sectors that I follow, there was an initial demand for interaction and engagement and high hopes followed by local and national tensions that led to a cooling off.

But over the last 10 years, a lot of these somewhat removed and high-level conversations have come down to the ground level — and showing up mostly here in California. The "experiment" is what happens when you take the relationship between the world’s two superpowers, who are strategic competitors, and you bring it directly into our schools, our neighborhoods, our startups, and our films. It might lead to a wonderful cultural and economic synthesis or greater tensions. The way that this has played out in the last five years has been a mixed bag, and has led to a lot of backlashes but also opportunities.

What are the main themes you discuss in the book?

Each chapter in the book focuses on a different sector or industry. Those are higher education, such as Chinese students at American universities; technology connections between China and Silicon Valley; the Hollywood/China relationship; green investment, climate cooperation and foreign direct investment in California; real estate; and finally local politics and how new immigrants interact with it. These are six relatively distinct sectors, but there are trends that run through all of them. 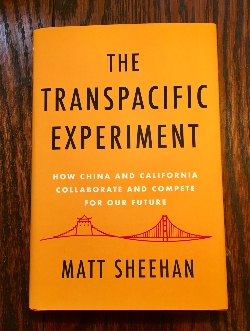 A lot of this activity started in the post-financial crisis era when the U.S. was in bad straits economically and desperately wanted foreign capital and investment. Universities desperately wanted tuition dollars. Chinese money filled the void.

In this early period, there was a lot of hope that there’d be this synthesis — that Chinese students would learn American values and take them back to China or otherwise would remain here full time. There was hope China would start to subsidize affordable housing that our own cities are basically unwilling to subsidize. But a similar arc played out across all of these hopes, as they ended up running into local tensions: Why were there so many Chinese students at the universities, for instance, and why were there so many Chinese homebuyers? These, in turn, engendered national-level tensions, whether it was about technology — fear that China’s presence in Silicon Valley is more about theft than cooperation — or over who had creative control over Hollywood movies and who got to create and own global culture.

Across all of these sectors that I follow, there was an initial demand for interaction and engagement and high hopes followed by local and national tensions that led to a cooling off.

Speaking of national tensions, under President Trump we’ve had the acceleration of a trade war between the U.S. and China as well as generally more heated rhetoric by U.S. officials about the Chinese threat. How would you characterize the China-California relationship? And how would you say it’s different from the U.S.-China relationship writ large?

For a long time, local institutions in California, but also elsewhere in the country, were essentially left alone to manage their own relationship with China. You had university presidents in California, which has the most students, but also in places like Iowa, Illinois, and Michigan engaging with China in order to essentially recruit Chinese students. This was done without too much interference from the federal government.

It's the same thing in technology. California companies were running their own form of tech diplomacy with China. Because of the way our government works, and because of the way we tend to think about free markets and free enterprise, those companies were largely left alone to do it. There was a sense that the U.S. government couldn’t control them.

I see this current phase as, in many ways, a reassertion of the federal government’s primacy and control over these relationships. They're now saying “just because you’re a company which wants to sell yourself to a Chinese entity, you can’t” and “just because you’re a mayor who wants to recruit a Chinese factory to open up in your town, you can’t.” And if you’re a technology company that wants to sell parts and land and operate in a Chinese market, the answer is no. Your local values are subsumed by the national imperative. So that’s a lot of the current tension we’re going through.

In many ways, we’re seeing the pendulum swing wildly from one side to the other. From 2012 to 2016, it was a little bit of a free for all. There was almost no oversight from the federal government in a lot of these issues. Now, the pendulum is swinging very, very hard in the other direction, whether it’s students, or technology companies, or even real estate investments, suddenly being seen as part of a master plan by the Chinese government to infiltrate and influence the United States. We've gone from a very laissez-faire relationship between the federal government and local entities to a strictly controlled one. Both of these perspectives have problems, and part of what I hope to do in my work is to bring a synthesis between the DC perspective and the California perspective — to get these sides to talk a little more to each other.

Is California the future of U.S.-China relations? Or is it an outlier based on particular historical, cultural, and economic ties?

But at the same time, many of these trends we see in California have rippled out across the United States. California is the number one destination for Chinese students, but they’ve now spread out to college campuses across the country. California is the top destination for real estate investment, but we’ve seen the same thing happen in other cities, from Houston to Chicago to New York. I think of California as the epicenter, but also a bit of a harbinger of important trends in the relationship that go national.