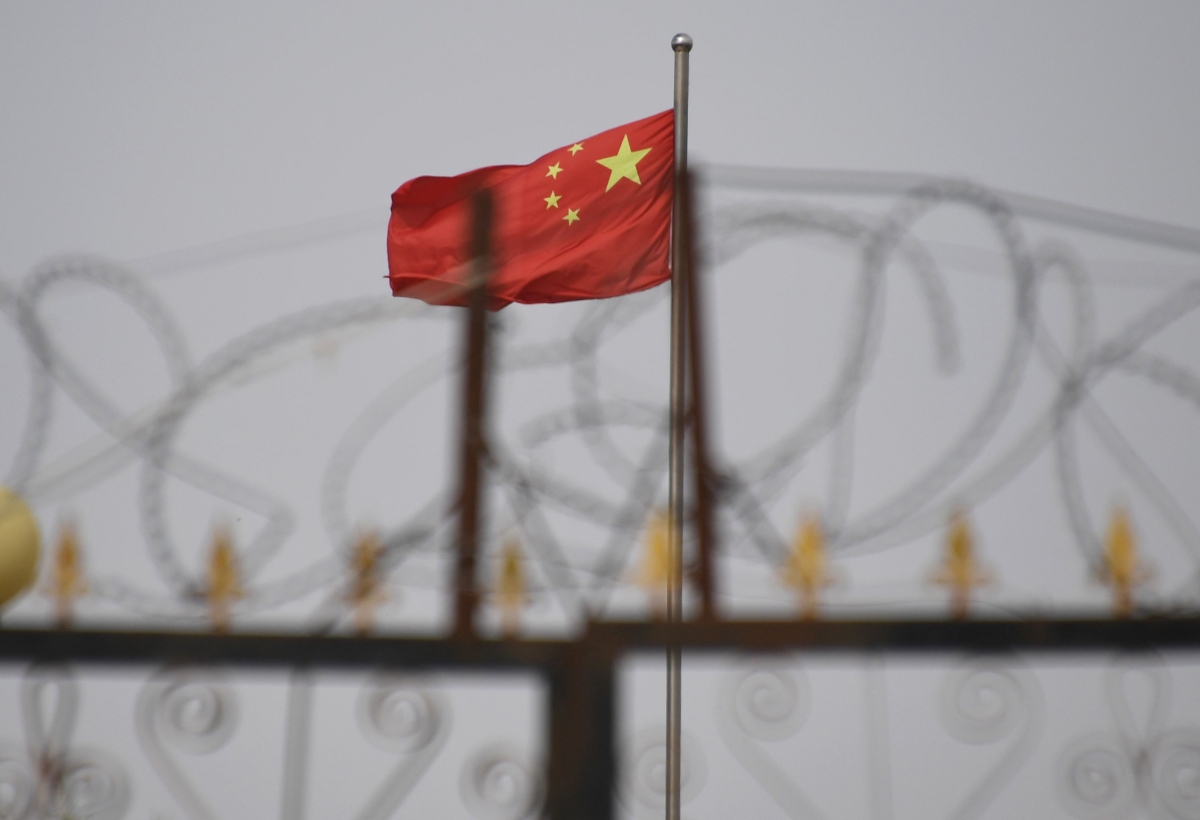 This photo taken on June 4, 2019 shows the Chinese flag behind razor wire at a housing compound in Yangisar, south of Kashgar, in China's western Xinjiang region. (Greg Baker/AFP/Getty Images)

Surveillance technology is in our homes, cars, and pockets. It is already used in various ways, like customizing our shopping experience or helping us navigate traffic. But we’re only beginning to understand the extent of the data being collected on individuals and the many ways it can be used — particularly in China.

In China, reports suggest that the government has implemented a new level of mass surveillance to track Muslim minorities in Xinjiang, the country’s far western region. According to these reports, ubiquitous facial recognition cameras and mandatory mobile apps allow officials to monitor the whereabouts of Uighurs, Kazakhs, and other minority populations native to the region. The Chinese government claims that these tools are needed to protect ordinary citizens from terrorist attacks. But many international observers say the surveillance measures — as well as the detention of Muslims in re-education camps — constitute ethnic cleansing.

In this episode of Asia In-Depth, we are joined again by BuzzFeed News international correspondent Megha Rajagopalan, who was on the podcast last fall to discuss China’s surveillance technology and its spread around the world. Today, she gives us an update on the situation in Xinjiang alongside Bethany Allen-Ebrahimian, an investigative journalist who covers China for Axios. They recently discussed their work during an event hosted by Asia Society Switzerland's Nico Luchsinger. During the conversation, Rajagopalan and Allen-Ebrahimian explain the difference between ordinary surveillance in China and the specialized technology that is being used in Xinjiang, how personal data is being used against the Uighur community, the rise of re-education camps, and more.

Rajagopalan begins the conversation by giving historical context for clashes between the Chinese Communist Party government and the Muslim minorities in Xinjiang.