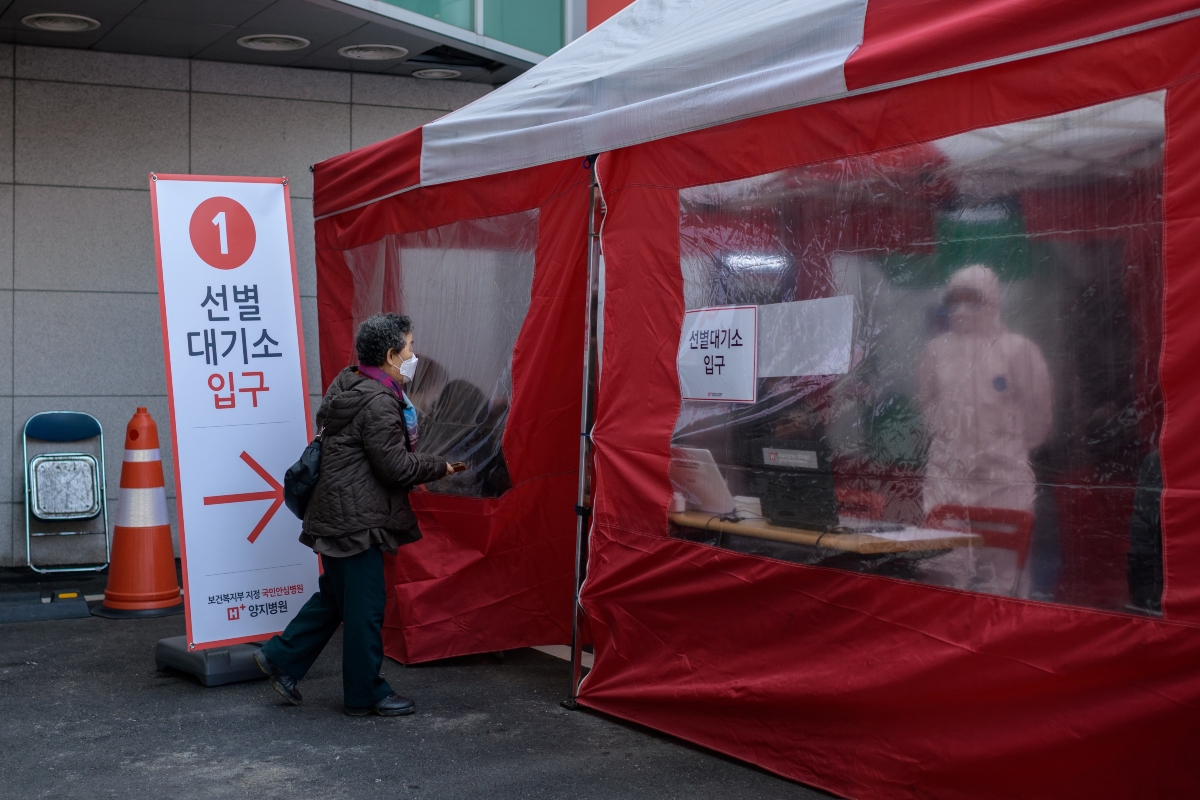 An elderly woman enters a COVID-19 novel coronavirus testing booth outside the Yangji hospital in Seoul on March 17, 2020.

Arguably no country has done a better job handling the coronavirus outbreak than South Korea. In the weeks since the first cases were confirmed in the city of Daegu, the country has registered fewer than 10,000 confirmed infections and fewer than 200 fatalities. These numbers are not only far lower than in countries like Italy, Spain, and the United States; South Korea also did not impose the same sweeping restrictions seen in those countries.

How did South Korea manage to flatten the curve? And what can the rest of the world learn from its example?

In this episode of Asia In-Depth, journalist Jeongmin Kim and writer and historian John Delury, both based in South Korea, talk about what they've learned with Asia Society Executive Vice President Tom Nagorski.