Asia Abridged Podcast: Iran, Trump, and the Fate of the Nuclear Deal 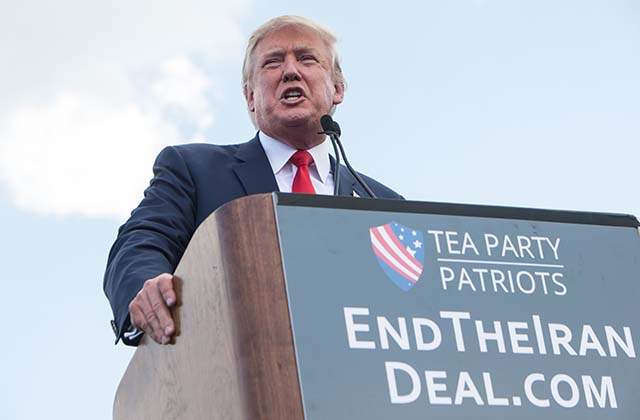 Donald Trump speaks at a rally organized by the Tea Party Patriots against the Iran nuclear deal in front of the Capitol in Washington, D.C. (Nicholas Kamm/AFP/Getty)

Two years ago, Iran agreed to halt its nuclear development program in exchange for international sanctions relief. The deal was hailed as a milestone in the contentious U.S.-Iran relationship and a sign of a shifting political landscape within the Central Asian country. During his successful presidential campaign, Donald Trump vowed to rip up the nuclear deal. So far, he hasn’t yet acted on that promise — but his hard line stance has raised worries that diplomatic gains may be reversed and Iranian hardliners emboldened.

In this episode of the Asia Abridged podcast, analysts including John Limbert, Karim Sadjadpour, and Gary Samore look at the status of the nuclear deal, its context in domestic Iranian politics, and how it is affecting the broader U.S.-Iran relationship.