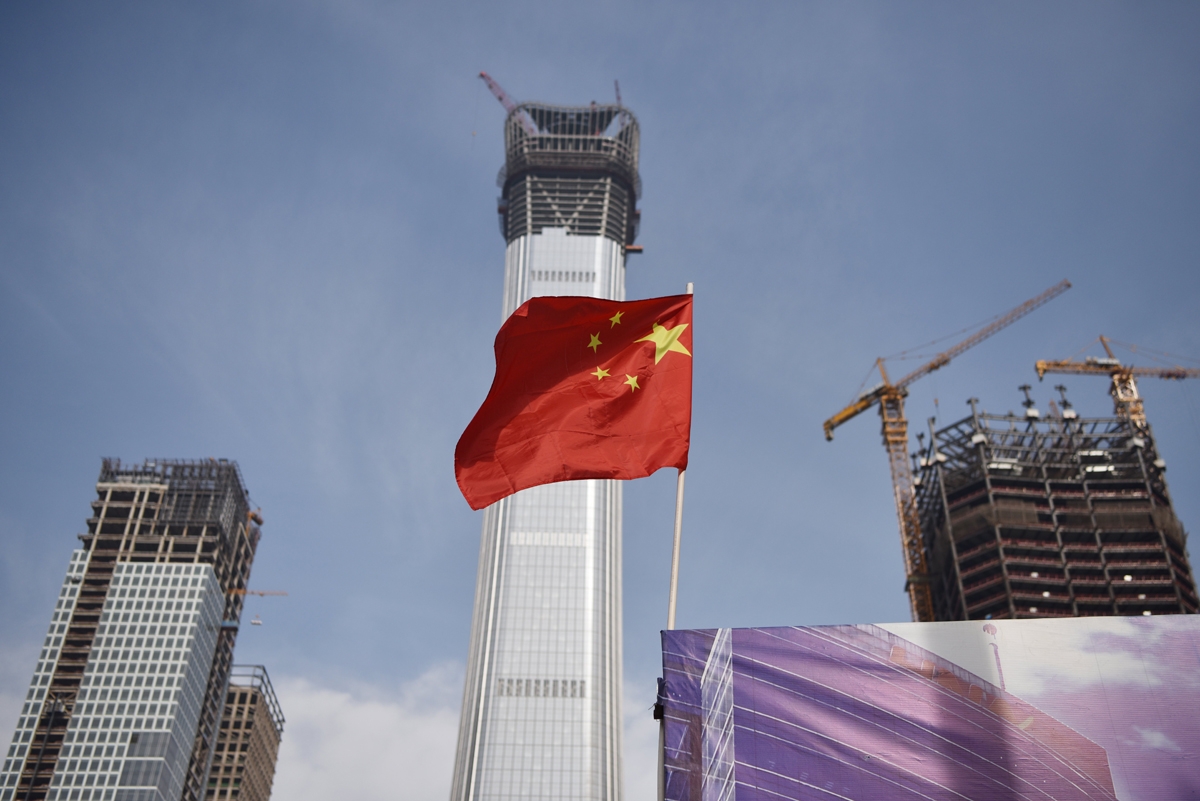 One year ago we were busy imagining the impact in the Asia Pacific of the election of Donald Trump. In this space, in our public programs and in reports produced by our Policy Institute, the questions and suggestions proliferated and dominated our efforts to forecast for 2017. Which of Trump's foreign-policy campaign pledges (on Iran, global trade, China, climate change et. al.) would actually be implemented? Which were merely bluster en route to the White House?

We now have some answers. The Asia Pacific looks more volatile than it has in some time — and of course, that's not only due to events in Washington. As 2018 nears, our eyes are on Beijing and Delhi, Tokyo and Tehran, on the fate of economic reform in China, the Taliban in Afghanistan, and the Rohingya on the two sides of the Myanmar-Bangladesh frontier. And of course, all are watching the news from Pyongyang. Rarely in recent memory has the prospect of conflict on the Korean Peninsula loomed so large.

On Wednesday, December 13, Hassan Abbas, Rana Foroohar, Kevin Rudd, and Evan Medeiros will lay out what they expect to happen in Asia in 2018. The program will be available via live webcast at 6:30 p.m. New York time. Learn more

In this year's predictions, we ponder the fates of Rodrigo Duterte and Narendra Modi, Xi Jinping and Shinzo Abe, Joko Widodo and Aung San Suu Kyi — and of course, the next moves of Kim Jong Un. We are grateful for two major global events in 2018 that will presumably help distract us from all the global storms: the Winter Olympic Games (though as we write, Korea tensions hang over those as well) and soccer's World Cup.

But before we look ahead to 2018, we present the obligatory "report card" on our "17 For '17" — the forecasts made here one year ago. (By the way, those who spoke from our stage last December fared better. Kudos to former NSC official Evan Medeiros, who laid out presciently how Kim Jong Un would test the new U.S. Administration, while also correctly noting that while ISIS would suffer on the battlefield, its influence would spread in Southeast Asia. And our President Josette Sheeran predicted strong, "bromance"-style relationships between Trump and India's Prime Minister Modi and Japan's Shinzo Abe. I think you could say she was right on both counts.)

Thanks to my colleague Matt Schiavenza for grading my work.

That housing bubble doesn't burst, but the market falters — one factor that knocks growth under 6.5 percent for the first time in three decades.

Nope. China registered GDP growth of 6.9 percent in the first two quarters of the year and clocked in at 6.8 percent in Q3, so it looks like they’ll finish above 6.5 percent this year.

In Hong Kong, the election of a new chief executive in March and the 20th anniversary of the handover from Britain to China in July bring the largest street unrest since the 2014 "umbrella" protests.

The protests in Hong Kong this year were quite large and did coincide with the handover. But the other major protests occurred after the arrest of Joshua Wong and his fellow pro-democracy activists, not the Chief Executive elections in March. I'll give you this one.

Despite the late-2016 drama following Trump's call with Taiwanese President Tsai Ing-wen, there is no flare-up — political or otherwise — over the island. The Taiwan Straits remain calm.

For the first time, the Chinese film industry beats Hollywood at the box office, clearing $10 billion in receipts.

The year isn’t over yet, but it looks like this will not happen. China just surpassed $7.5 billion in box office receipts last month, which should put them in line to reach nearly $8.5 billion for the year. Despite a dismal summer, Hollywood is still higher at $9.7 billion.

Hope I am wrong, but it's hard to imagine that North Korean leader Kim Jong-un won't take advantage of a paralysis of governance in the South (see next item). So we predict another North Korean nuclear test in the first half of 2017 and missile tests as well.

Yes, and then some.

With protesters refusing to relent, President Park Geun-hye steps down rather than waits for the post-impeachment verdict from South Korea's constitutional court.

Nope. She didn’t resign but was rather forced out.

He hasn't shown interest (would be impolitic to do so), and many South Koreans are looking for younger, fresher faces at the helm, but outgoing U.N. Secretary-General Ban Ki-moon is elected president of South Korea. Ultimately it's a vote for stability.

India enjoys another year of juggernaut economic growth — at 7.5 percent or higher, easily the best performance of any large nation.

No — India’s growth struggled this year and will finish well below 7 percent.

Relative stability (see next item) and a continued influx of foreign investment make Myanmar one of the strongest GDP performers in Asia — with growth eclipsing 8 percent in 2017.

Same as in India — middling growth well below 7 percent.

Probably out on a limb here, but it feels good to say it: Aung San Suu Kyi, with the help of U.N. mediator Kofi Annan, brokers at least a tentative agreement for better treatment of the Rohingya minority in her country.

Alas, the situation only got worse.

President Rodrigo Duterte's rapprochement with China is trumped (couldn't resist) by his bromance with Donald Trump. U.S.-Philippine joint military exercises are held — a finger in the eye to Beijing.

Nicely done. Correct on both the bromance and military exercise predictions.

Outside his country, Duterte is mocked and criticized for his vulgar statements and extrajudicial killings. But in the Philippines, most people like the results and reward their president with an approval rating that remains above 70 percent.

Not quite. Duterte’s popularity began to fall mid-year and now registers a bit less than 50 percent.

Another Trump campaign pledge goes unmet. The new president heeds the advice of Defense Secretary James Mattis and others and sticks to the Iran Nuclear Deal (which he called "a disaster … worst deal ever" as a candidate). Explaining his turnabout, Trump vows to be vigilant vis-à-vis Iran in other ways.

A difficult one to score. Trump hasn’t withdrawn (yet) from the deal, but his refusal to certify it signals that he might. He certainly has not vowed to uphold it.

Having delivered on his pledge to lure foreign investment and boost Iran's economy, Hassan Rouhani wins a second term as president.

In its 50th anniversary year, the Southeast Asian alliance admits a new member: After a long push for an upgrade from "observer" status, Timor-Leste (East Timor) becomes the 11th nation in ASEAN.

Won’t happen this year, but appears likely for next.

Good news where you might not expect it. Afghanistan sees a drop in Taliban violence and civilian deaths.

Taliban violence is a difficult thing to judge, but civilian deaths have gone up. So nope.

Thank you, Matt. I guess the only thing I might say in my defense is that we live in unpredictable times.

Have to start there, it seems. In this on-the-brink moment, some combination of China, South Korea, the U.S. and Russia broker an arrangement with Pyongyang that — while short of an actual “peace deal” — allows the world to breathe easier.

In the wake of the previous item, President Trump boasts that he has done more for peace on the Korean Peninsula than any of his predecessors.

Shinzo Abe wins a third term, putting him on track to become the longest-serving prime minister of post-war Japan.

Nursultan Nazarbayev steps down after 27 years at the helm in Kazakhstan.

Though the scandal surrounding him continues, Najib Razak remains in power in Malaysia through 2018.

Vladimir Putin wins another term. (OK — I know what you’re thinking. But first, 77 percent of Russia is in Asia, so this is relevant here. And second, listen: I needed one easy prediction on this list).

Though many prognosticators are skeptical … this time Thailand’s military government is true to its word: The much-delayed elections are held in November 2018.

ISIS spends 2018 without any real strongholds — with Mosul, Raqqa and other havens taken from the group.

Never mind the geopolitics — absent a conflict in Korea, growth is strong in much of Asia in 2018. First up, India, which clocks in between 7 and 8 percent.

For the first time in a quarter-century, China’s GDP drops below 6 percent (many global economy-watchers actually think that’s a good thing).

It’s no juggernaut — falling below 2 percent in 2018  — but Australia registers a 27th consecutive year of economic growth.

Meanwhile, on the Oil Markets

Uncertainty in the Persian Gulf roils oil markets, spiking the price of crude to an average of between $57 and $60.

China vaults to more than one million sales of electric cars in 2018.

Home nation Russia fails to make it out of the group stage in the global soccer extravaganza.

Granted, there aren’t that many Asian nations in the 2018 World Cup, and sorry, Japan, and South Korea — but in the end not one of them makes it through to the elimination round.