The Security Implications of Climate Change in the Asia-Pacific: Food Security, Water Security and Migration 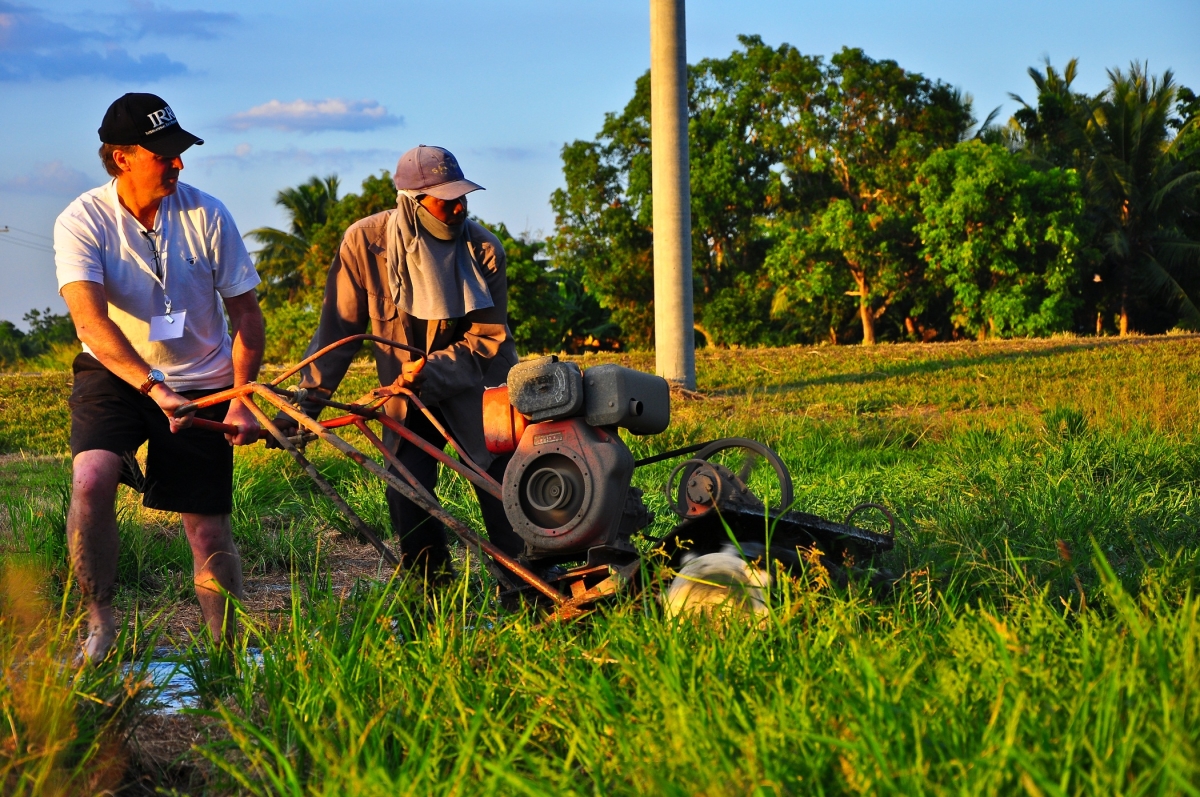 From May 20-23, 2010, the Williamsburg Conference returned to the Philippines for the 3rd time in its thirty-eight year history.  Asia Society, in partnership with the International Rice Research Institute (IRRI), brought together 37 distinguished Asian and American leaders from 16 countries and economies to Los Banos, Laguna, The Philippines.

This year's conference explored the Asia-Pacific regional security implications of climate change, with a particular emphasis on how the looming potential food and water shortages and the specter of climate change-induced migration will stress existing national and international governance structures and what can be done now and in the future to best address these challenges.

Executive Summary:
In addressing the security implications of climate change in the Asia-Pacific, the broader and more fundamental question that emerges is how to deal with the human actions, institutions, and systems that have created and perpetuated thethreats to food, water, and human security confronting the world today. Climate change, in such a context, is more accurately interpreted as a multiplier or catalyst of these wide scale threats and challenges. From May 20-23, the 38th Williamsburg Conference convened at the International Rice Research Institute in Los Baños, Laguna,the Philippines. Thirty-eight distinguished Asian and American leaders and authoritative subject experts representing 16 countries and economies came together to understand the convergences of the crises and to propose concrete next steps that could be taken at the individual, national, and international levels to start moving the world towards a preferred future scenario in the next 20 years.

Two extreme but plausible scenarios could materialize in the future - the Protectionist scenario or the Transformative Scenario. The Protectionist Scenario is an antagonistic one that sees countries prioritizing sovereign over collective interests, thereby preventing the international networking and collaboration necessary for addressing the transnational triggers and effects of climate change. The capacity for proactive policy making is undermined, with countries reacting belatedly and disjointedly to rapidly changing circumstances and developments. The Transformative Scenario sees nations sharing and acting upon a vision of effective global leadership, governance, and responsibility. Partnership and collaboration minimizes tension between local interests and global concerns, and the world sets itself on a path of sustainable growth and development.

Where the Asia-Pacific region stands today is somewhere in between the protectionist and transformative scenarios, with no guarantees as to its ultimate inclination. On the one hand, climate change induced challenges that individual countries perceive themselves to be facing could well set the stage for international conflicts over resources. On the other hand, the recognition that sustainable solutions depend on international collaboration and mutual consideration could also lead countries to forge common ground and act in tandem with each others' interests.

As home to some of the largest and most densely populated countries in the world, which are also set to be most at risk to the hazardous impacts of climate change, the Asia-Pacific region is both the epicenter of global challenges in food, water, and human security, and a key actor in addressing these challenges.

Impediments to equitable food access and security in Asia are the result of productivity problems, inefficient markets, restrictive trade structures, and supply and distribution problems. These have led to the production-poverty paradox afflicting the continent, which is simultaneously the largest producer of rice in the world and home to the largest number of people suffering from hunger. Poor infrastructure and declining investments prevent productivity and efficiency enhancing technologies from being successfully or sufficiently incorporated into developing Asia's agricultural sectors. The expected economic and climate shocks to its system also imply that Asia will soon be forced to increase production with reduced resources, yet its resilience is both untested and uncertain.

International commitments to enhancing human capacity and financing research and development of appropriate technologies will go a long way towards food security efforts. Creativity and persistence in interpreting and presenting the challenges are also needed to secure substantial increases in international funding for agriculture. While there are common characteristics to the problems facing the region, there can be no single solution that is applicable to every country. Action plans must be implemented at the national level to benefit households and to move international cooperation forward. Investments in human capital, capacity building, and public-private partnerships in the agricultural sector are also necessary to overcome limitations in government resources and leadership.

The challenges to water security, similarly, go beyond resource shortages and flooding issues induced by rising global temperatures. The parallel crisis in water management and governance, if not addressed, will accelerate the depletion of already scarce resources and undermine the water accessibility of vulnerable communities. Traditional national security and development concerns could be exacerbated by competition for resources - particularly in the context of rivers that transcend national boundaries and other shared resources - to culminate in water disputes and conflicts of an unprecedented nature.

While all countries are committed to increasing water efficiency, there are variances in the policies of different countries, which could prove increasingly critical given anticipated water stresses and the presence of seasonal and chronic shortages. To date, the status of the water crisis in Asia has not been assessed or addressed in a regional framework. In the absence of such integrated dialogue, it will be difficult for nations to move on to the urgent next step of committing to and investing in collaborative and innovative changes in management, socioeconomic structures, and lifestyles. A multi-stakeholder approach will be critical to balancing the needs and rights of multiple segments of society, as well as the rights of different states in one country.

In general, the development of international mechanisms and structures has failed to keep pace with the transnational effects of human responses to climate change. This inadequacy is particularly evident in migratory flows of people who are driven to move for increasingly complex and intertwined societal and climate induced reasons. Current structures also lack the capacity to address the pursuit of unsustainable national economic development models that have spillover effects on people and resources across national borders. Migration is driven by different insecurities, and having an accurate sense of the big picture would require migration studies from different disciplines to be integrated. There is currently a lack of data collection and of integrated studies and analysis. National policy makers should begin engaging in scenario planning for the impact of domestic migration and of rising sea levels, as this is the only way to provide enough lead time for adequate responses to be designed. Governments must recognize the need for and commit to capacity building of global and national governance structures through shared information, resource pooling, increased networking, and people oriented agendas.

The common bottom line in dealing with the different implications of climate change is the security of people. While it was acknowledged that the ongoing transition to a "new" or "post-American" world order sends mixed signals about the paramountcy of human security on the global agenda, delegates agreed that countries must still persevere with securing the basics of establishing accountability at multiple levels for human actions. A rightsbased approach and an emphasis on good governance is key to consolidating and enhancing the long term adaptive capacities of societies. For these reasons, climate change adaptation strategies should be mainstreamed and integrated with development strategies, with the overarching aim of inclusive growth. Climate change, instead of being conceived solely as a threat, should also be seen as an opportunity to rethink development. Countries are urged to commit to anticipating, understanding, and acknowledging the complex consequences of problems that international cooperation is meant to address. Pioneering collaborative initiatives have the capacity to set the Asia-Pacific community on its way towards the outcomes envisioned by a transformative scenario.