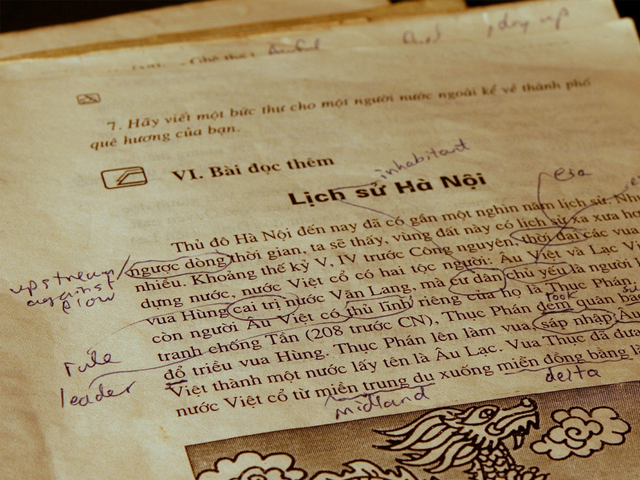 Vietnamese was transcribed into the Roman alphabet by Bishop Alexandre de Rhodes, who added a series of diacritical marks to the alphabet to indicate the five tones that characterize the Vietnamese language.

There are three main regional dialects: Northern, Central and Southern, which differ from one another both phonetically and lexically. However, these differences do not prevent Vietnamese people from understanding one another.