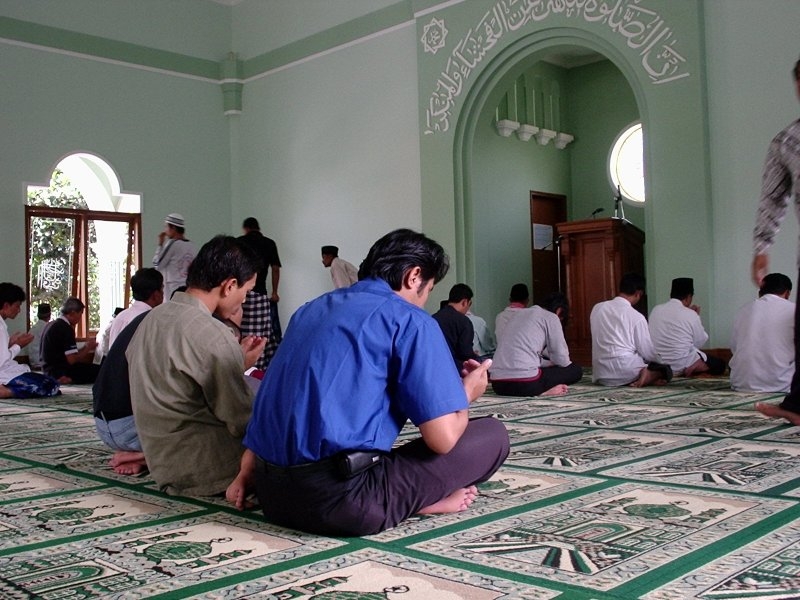 Islam is on the rise in Southeast Asia, says Greg Fealy, currently a Visiting Professor at the School for Advanced International Studies at Johns Hopkins University. But rather than assume this means a corresponding increase in political Islam or even religious violence, as media reports often suggest, one may interpret this as primarily an increase in religious piety or devoutness among the 206 million Muslims in Southeast Asia.

Dr. Fealy, a Research Fellow in Indonesian Politics at the Australian National University, sees this increased devoutness in the greater use of Islamic dress and symbols (for example, in TV advertising and architecture), the wearing of skull caps and the boom in mosque construction and attendance. More Southeast Asian Muslims are going on pilgrimages and there is far greater interaction between Muslims in Southeast Asia and the Middle East.

Islam's "cultural efflorescence," as he calls it, is partly a result of a growth in state religious education. People are learning about Islam in schools, from a curriculum endorsed by Islamic scholars, rather than from local preachers who may have a more syncretic or idiosyncratic variant of the faith. A second factor is the modernization and urbanization trends in the region. Muslims are paying greater attention to religion as they seek moral moorings in their increasingly materialistic, often alienating, urban lifestyles. State sponsorship of mosques and preacher training programs, usually done with a political motive, are also important factors; and globalization has increased the flow of Islamic ideas into Southeast Asia.

The evidence is less clear as to whether this translates into greater political power. In Indonesia, for example, Islamic parties (6 in total) in the 1955 election got 43% of the vote. That figure dropped to 38% of the vote in the 1999 election. From the 1940s to the 1960s in Indonesia, every Islamic party supported the Jakarta Charter, a constitutional amendment that would oblige Muslims to uphold Islamic law or Sharia. But in 1999, the first free election in 44 years, Islamic parties championing the Jakarta Charter won just 4% of the vote. And in 2002, Indonesia's two largest Islamic organizations, Nahdlatul Ulama and Muhammadiyah (with a combined membership of 60 million) flatly rejected the Jakarta Charter.

Dr. Fealy believes that there is little prospect for the Charter's success in the next few decades as well. "This appears to be a rejection of the more formalist approach of people who want the state to have a more prominent role in enforcing Islamic values on society, " he says. "There has been a de-linking of pietism and Islamism. This would suggest that Indonesian Muslims do not want Islam to play a greater role in the life of the state," says Dr. Fealy.

It is true that there are manifestations of militant Islam in the region, but, says Dr. Fealy, "much of the religious violence in Indonesia is triggered by deeper ethnic, political or socio-economic grievances." He feels the Bali bombing was perhaps linked to Al-Qaeda, but not led by it. And so-called campus "radical" groups are surprisingly democratic and moderate in nature, despite Washington's tendency to lump them into a radical camp simply based on their Islamist credentials.

Furthermore, we read in the press that provinces are adopting Sharia or strict interpretations of Islamic law in a worrying way. Prior to the war that recently broke out in Aceh, there was a bitter debate between modernist and traditional Muslims as to exactly how Sharia should be implemented, following the approval, by the Jakarta government, to allow full enforcement of Sharia law in the province. Rival streams within the Acehnese Islamic community do not trust each other to implement Islamic laws in a non-partisan way and this has held up the enactment of the Sharia, he said.

It is true that 87% of Indonesians are Muslims. "What the figure doesn't show us is the very deep doctrinal, geographic, socio-economic and ideological differences that divide this community," Dr. Fealy cautions. "They have hardly ever been united with one view." This disagreement would weaken any effort to get Islamic laws passed in parliament. And new electoral laws for the 2004 presidential elections will force Islamist aspirants to the presidency to reach out to other political communities. "The political system itself is a brake on rising Islamism."

Dr. Fealy sums up by saying that, "Islam is a major force in Indonesian politics. But it is not the determining force. It is very important to see the data on the ground before jumping to the conclusions you often see in the press." Whether other Muslim nations will use countries like Indonesia as a model remains to be seen.