Minouk Lim’s practice spans the genres of music, video, installation, writing, and performance art to expose and amplify narratives relating to the democratization and economic development of South Korea following the end of the Korean War. Her emotionally charged works filter perceptions of the present through the lens of pivotal moments in Korea’s history as a means to confront personal and societal traumas. This poignant perspective aims to reveal what lies beneath the surface through an examination of the propensity of time to dilute memory and alter perception. Lim studied painting at the Ewha Womans University, Seoul, and received a Félicitation DNSAP from the École nationale supérieure des Beaux-Arts, Paris, in 1994.

It’s a Name I Gave Myself is a single-channel video that poignantly illuminates the lasting personal and cultural wounds inflicted by the Korean War and subsequent partition of the Korean peninsula. Composed of excerpts from Finding Dispersed Families—a live broadcast of over 453 hours aired by the Korean Broadcasting System (KBS) in 1983, meant to reunite families separated during the Korean War—Lim’s compilation underscores the profound psychological, physical, and social toll that warfare exacts, especially in relation to individual and collective identity as a result of trauma and displacement. The trio of surreal anthropomorphic totems that accompany the video—L’homme à la caméra, Hydra, and Parabolic Satellite—take on a shamanistic role, being constructed of found natural and man-made objects that conjure memories and associations that traverse time and space. 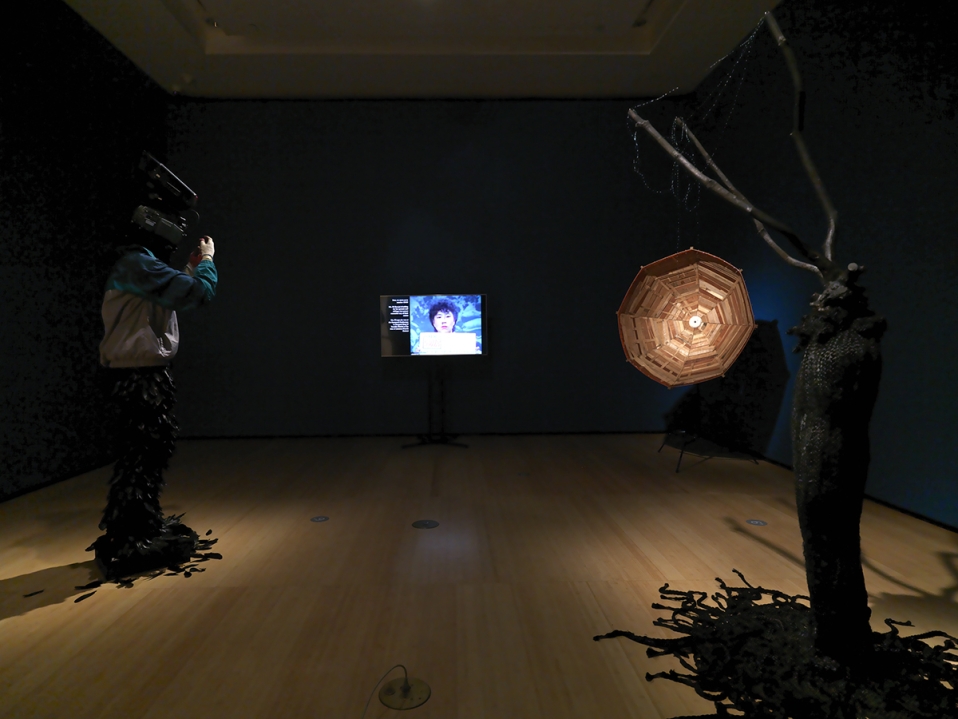 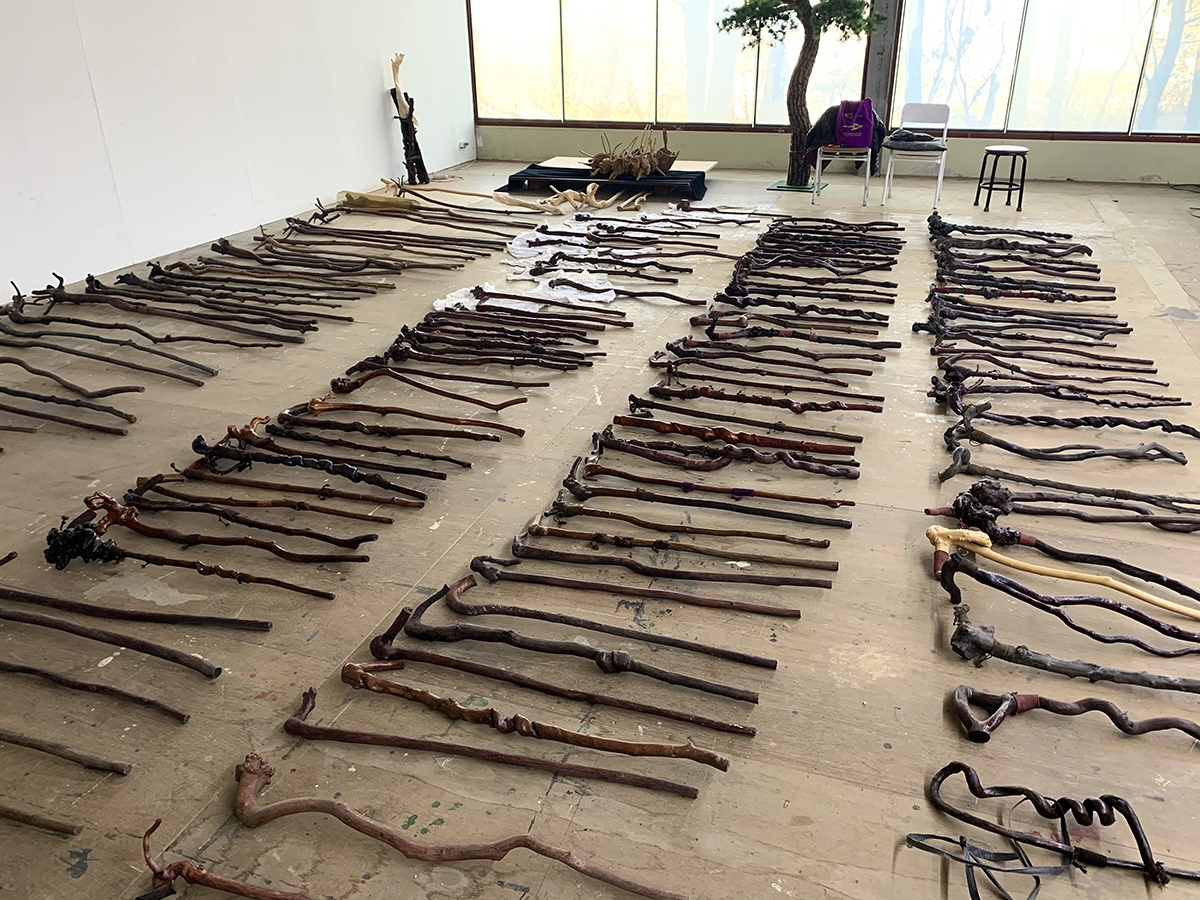 In the lead up to the Triennial opening, our Dreaming With Q&A series provides an exclusive glimpse into the artists’ lives and studios.
Read more': ' Dreaming With: Minouk Lim