Abir Karmakar’s photorealist paintings are ruminations on identity, memory, and place. His life-size, site-specific compositions of domestic interiors blur the lines between real and imagined space. The artist’s carefully researched and meticulously rendered depictions of domestic items highlight social and temporal idiosyncrasies of modern India and its legacy of colonization by the British Raj. Karmakar’s trompe l’oeil style, influenced by western painting traditions, creates a visceral relationship to the body that allows the visitor to be magically transported across time and space. The artist received a BA in visual art from Rabindra Bharati University, Kolkata, in 2001 and an MFA from Maharaja Sayajirao University of Baroda, Vadodara, in 2003.

The six canvases that compose Passage were created in response to the living- and dining-rooms of a nineteenth-century residence on Governors Island in New York City. They are presented in the Asia Society galleries as architectural remnants taken out of temporal and geographical context, to be appreciated as objects, not just mimetic representations of a particular time and place. Karmakar pictorially constructs his canvases to reimagine the architectural interior of the house, which was originally built to house U.S. military officers and their families. The artist infiltrates the intimate domestic spaces formerly occupied by members of the U.S. military, discreetly inserting domestic iconography from Indian culture. Yet the specificity and tender attention to detail rendered throughout his tableaux demonstrate the artist’s empathy and understanding of the universal power of a warm and safe home and the possessions it contains. 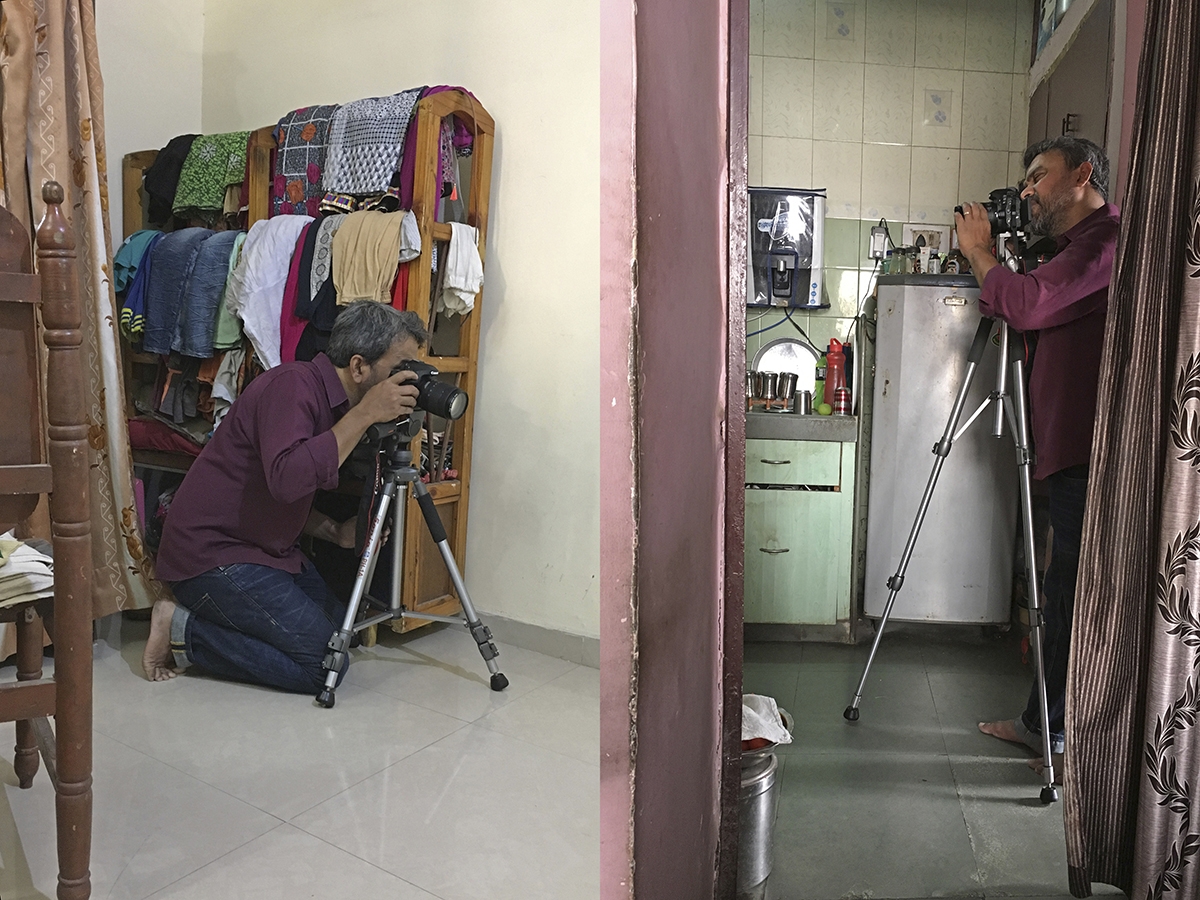 In the lead up to the Triennial opening, our Dreaming With Q&A series provides an exclusive glimpse into the artists’ lives and studios.
Read more': ' Dreaming With: Abir Karmakar