Trade Along the Silk Roads 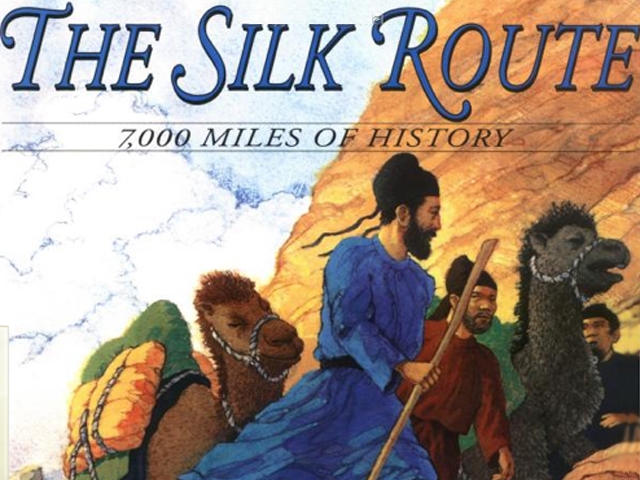 Overview:
Students will explore elements of trade along the Silk Roads by examining the products of various locations along the route--production, influences of resources and environment, challenges of transportation, and economic exchange.  Through their investigations, students will gain an understanding of what was traded along the Silk Roads and the unique challenges that this route presented to the merchants that sought to profit from these exchanges.

Moving trade goods along the ancient Silk Roads was made difficult by the fierce climatic and geographical conditions of desert and mountain regions along vast distances.  With transportation limited to pack animals, a traveler in a camel caravan going from Kashgar to Chang'an could expect to take six months to arrive at his destination.  Thieves were additional concerns as caravans traveled poorly marked routes.  Because of the difficulty of traveling long distances and crossing territories, merchants generally traveled and traded within the confines of a single politically controlled area.  Goods were by necessity highly portable, and tended to be luxury items whose value grew as they moved farther from their source.  Some merchants operated from stationery locations in the oasis cities.  There, they would trade local foodstuffs and fresh caravan animals with the traveling merchants.  Despite the difficulties that faced the merchants on the Silk Roads, exchanges continued in segmented stops carrying the influence of products and culture between east and west.

Procedure:
•    Along the length of one classroom wall, create a Silk Roads map made of construction paper with the names of key cities--Chang'an (modern-day Xi'an), Turfan, Kashgar, Ferghana, aBaghdad, Damascus, Rome and Delhi--appropriately placed along the route.
•    Begin by introducing the students to the story and geography of the Silk Roads by reading aloud The Silk Route : 7,000 Miles of History, by John Major.
•    Place children in small groups to create pictures of products and landscape scenes from each of the sites.


•    Additional visual prompts can be set up on computers in the classroom showing pictures from travel section of The Silk Road Foundation site at http://www.silk-road.com/toc/index.html  or through Creative Commons Flickr.com.
•    Have students label illustrations before posting them around the city names.
•    When the exhibit is compete, discuss how trade developed over segments of the Silk Roads, and the transmission of both consumer goods and culture.