Tearing Apart the Land: Islam and Legitimacy in Southern Thailand 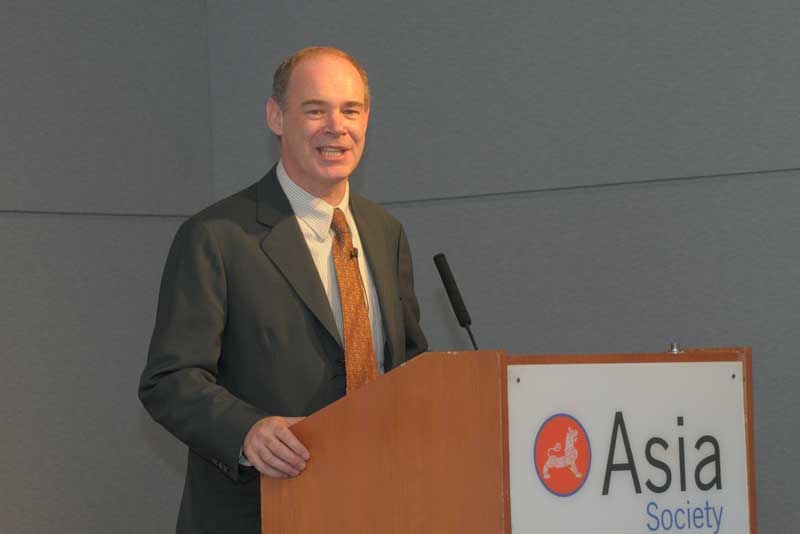 NEW YORK, November 6, 2009 - The separatist insurgency that has raged in southern Thailand and has claimed more than 3,000 lives can only be resolved by addressing the issue of legitimacy and establishing a more participatory mode of governance, according to Duncan McCargo, author of Tearing Apart the Land: Islam and Legitimacy in Southern Thailand, winner of the 2009 Asia Society Bernard Schwartz Book Award.

In a discussion held at the Asia Society, McCargo stressed the importance of understanding the conflct that has gripped the predominantly Malay Pattani region, distinguishing the uprising from other Muslim rebellions. "This is a political conflict," said McCargo.  "This is a not a conflict about Islam, it's not a conflict about socio-economic development ... it's about legitimacy, it's about people being disenfranchised by the Thai state and wanting some kind of power, participation and representation in their own terms."

McCargo's book, the result of hundreds of interviews conducted during a year's fieldwork in the troubled area, focuses on the question of legitimacy—the extent to which people accept the power and actions of the Thai state—as the core issue of the conflict in southern Thailand. He stressed, however, that military force is not the solution. "It's not possible to get people to accept legitimacy of state through military force," said McCargo. "The only way you can address these complex political problems is to win people over, have them feel that they're participating effectively in whats going on."

According to McCargo, there will also be no resolution in the "deep South" until there is trust between the two "power networks" of Thai politics. "There is a conflict between the two power networks—the Thaksin network (which includes most of the police) and the network monarchy, which includes the current government and military," said McCargo. "Until the incredibly strong distrust between two power networks in Thailand is resolved, it will be very difficult to resolve the southern conflict—or many other conflicts."

Tearing Apart the Land: Islam and Legitimacy in Southern Thailand by Duncan McCargo

The Three Faces of Chinese Power: Might, Money, and Minds by David M. Lampton

Out of Mao's Shadow: The Struggle for the Soul of a New China by Philip P. Pan

Descent into Chaos: The United States and the Failure of Nation Building in Pakistan, Afghanistan, and Central Asia by Ahmed Rashid