Serious Fun: A Conversation with Yoshitomo Nara and Hideki Toyoshima

How an Artist Creates and Collaborates 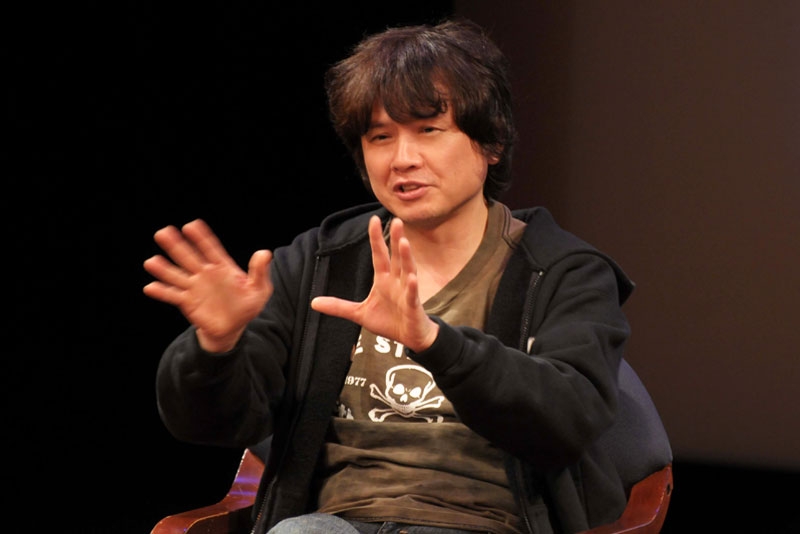 NEW YORK, September 10, 2010 - Miwako Tezuka, associate curator at Asia Society Museum and co-curator of the new exhibition Yoshitomo Nara: Nobody's Fool spoke with artist Yoshitomo Nara and his long-term collaborator, the Osaka designer Hideki Toyoshima. The conversation moved between lighthearted and heartfelt as Nara (speaking through a translator) and Toyoshima spoke about their first meeting and subsequent projects, and answered questions from devoted fans in the audience. The speakers were introduced by Melissa Chiu, Asia Society Museum Director and co-curator of Nobody’s Fool.

Nara first collaborated with Toyoshima and his design team in 2003, on a three-part installation entitled S. M. L. After a day's work, they hung out together in the M space that was built to resemble Nara’s studio, poaching draft beer from the bar attached to the gallery. They enjoyed themselves so much, Nara recalled, “the tap ran dry.”

The next year, Nara and Toyoshima worked together on an installation in Yokohama, Japan, that led to their now habitual use of found materials. The structure was intended to house photographs that Nara had taken on a recent trip to Afghanistan, and was to resemble modest houses that he’d seen on his trip. "When we started working," Nara explained, "we realized that the materials were all too new . . . in Afghanistan . . . those small houses were really made by materials that they found around . . ." They replaced their new supplies with old lumber abandoned in the Yokohama museum basement. Toyoshima added that their frequent reliance on volunteers and students stems from the same motivation to use available resources.

Tezuka asked about Drawing Room between the Concord and Merrimack, made on-site especially for Nobody’s Fool. On their first visit to Asia Society, Tezuka remembered, Nara and Toyoshima seemed to generate ideas amazingly fast, almost as if they were communicating telepathically. Nara explained that his first thought was to disguise the gallery ceiling; he glanced over at Toyoshima and saw that his partner was looking up at the ceiling too. They thought initially of a round stage, then of a circus tent, finally arriving at the white curtains, colorful platforms, and whimsical drawing studio featured in the new installation. "Going with the flow is very important," Nara mused.

Nara gave thoughtful answers to questions from the audience. One woman said that she had a niece with Down syndrome, who seemed to her to resemble Nara’s images of little girls, and explained that Nara’s artwork helped her to be open about her niece to friends. She asked if Nara considered the effect his work had on his audience. Nara replied that it was rare for him to consider the audience, but that he put his all into his paintings—"working very seriously, as if my life depends on it,"—and the reactions of viewers affected him deeply. In reply to an art student who asked Nara when he had thought of becoming an artist, Nara reflected that the category "artist" did not have a lot of significance to him. He advised the student that "the vital thing is that you do what you want to do . . ."