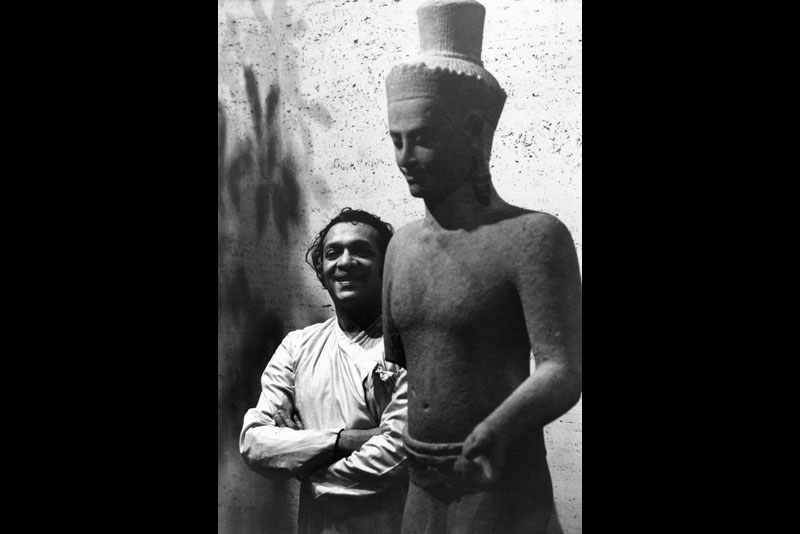 Asia Society President Vishakha Desai noted, "He was literally the very first Asian artist that this institution presented right after being founded in 1956."

Shankar was unable to accept the award in person due to illness, but graciously thanked the Asia Society via a short video message from his home in California.

His daughter Anoushka Shankar, herself a sitarist of note, accepted the award on his behalf. Describing her father's career, Anoushka Shankar noted, "He had an extraordinary zeal and passion for his music that drove him across the world," before concluding, "He's still like that—at ninety."

Composer Philip Glass delivered the introductory remarks with some touching anecdotes about his long friendship and musical collaboration with Shankar, whom he referred to as a "mentor" and the "conduit... of a fantastic tradition."

The award ceremony was followed by a special screening of the re-release and DVD premiere of the 1971 film Raga: A Film Journey into the Soul of India. Through rare footage of the late 1960s and early '70s, the film, narrated entirely by Shankar, traces his journey to America and Britain, as well as his emotional return to India to visit his guru, the great Bengali multi-instrumentalist and composer Ustad Allauddin Khan.

Raga also sheds light on Shankar's early beginnings as a dancer in his older brother Uday Shankar's dance troupe, and his later collaborations with renowned Western musicians Yehudi Menuhin and George Harrison. Shankar candidly reflects on his deep love for his motherland, the complexity of Indian classical music, and the challenges of getting Westerners to perform it properly.