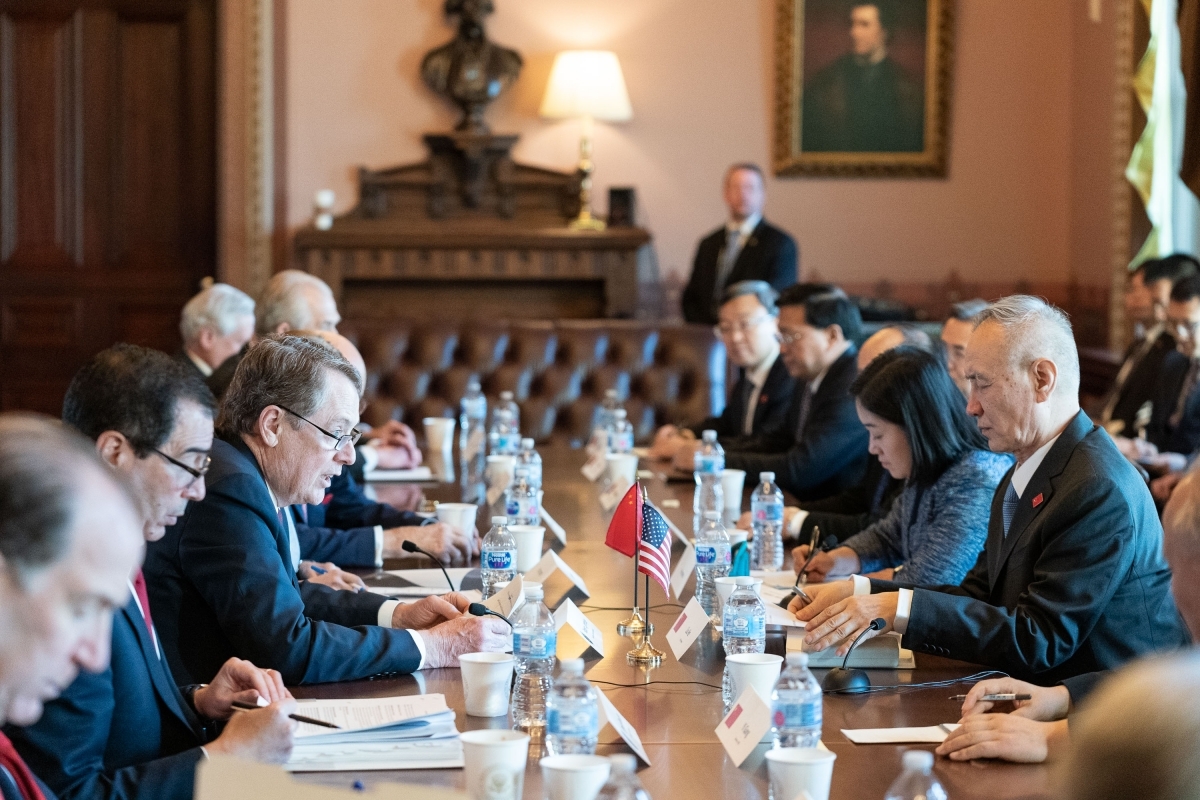 WASHINGTON, D.C., April 9, 2019 — A new issue paper, published today by the Asia Society Policy Institute (ASPI), assesses the current U.S. approach to its trade dispute with China and recommends putting more emphasis on working with like-minded countries to address the underlying concerns at the heart of the conflict.

In the paper, titled Strength in Numbers: Collaborative Approaches to Addressing Concerns with China’s State-led Economic Model, author Wendy Cutler, Vice President of ASPI and former Acting Deputy U.S. Trade Representative urges the administration to step up its work with partners and allies. As the U.S. and China appear close to reaching a negotiated settlement, Cutler says, “Now is an opportune time for the Trump Administration to expand the scope of this work and reach out to other countries as part of a broader effort.”

While the current U.S. approach of negotiations and tariffs has yielded some results, Cutler says “striking the right balance between unilateral/bilateral approaches and multilateral/plurilateral efforts…can have a much greater and more enduring impact than just acting alone.” As an important first step towards rallying support for such endeavors, Cutler says the U.S. should remove “Section 232” national security tariffs on steel and aluminum, as well as the threat of tariffs on autos. The U.S. should also provide its partners with detailed briefings on the outcomes of a bilateral deal to “restore trust…and refocus trade policy on the critical issue of addressing problematic policies and practices from state-led economies.”

While the U.S. has primarily sought to raise its concerns directly with China, the paper contends that many countries share the U.S. concerns and could be open to closer collaboration, and offers recommendations on several avenues to do so. Within the WTO, the paper recommends quick action on reforms to subsidies notifications to improve transparency and better utilizing WTO dispute settlement to challenge China’s practices. In addition, the paper suggests pursuing a plurilateral agreement as a way to bypass the issue of consensus and develop stronger rules on areas of concern such as SOEs. It also recommends working with partners in other international fora such as the G20, the OECD, and APEC to raise these issues. The paper also suggests forming new groupings of countries to tackle specific issues, such as building the U.S., EU, and Japan “trilateral” talks. Beyond these groupings, the paper also suggests closer coordination on “defensive measures,” to build on the recent reforms to the CFIUS and on export controls, as well as similar reforms in partner countries.

This project was made possible by the generous grant from the Alcoa Foundation.