Muslim Separatists in the Southern Philippines 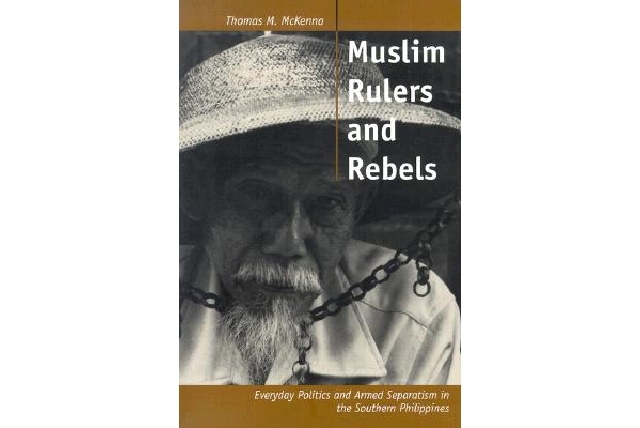 In light of recent events in the Philippines,  Asia Society spoke with Professor Thomas McKenna, author of Muslim Rulers and Rebels: Everyday Politics and Armed Separatism in the Southern Philippines (Berkeley: University of California Press, 1998). Professor McKenna discusses the historical roots of Muslim separatism in the Philippines, the impact of both Spanish and American colonialism on Muslim identity, the implications of the peace agreement in 1996 which resulted in the creation of the Autonomous Region in Muslim Mindanao (ARMM), and the distinction between the three principal groups representing Muslim grievances in the Philippines today.

Professor McKenna's book is also available for sale through Barnes and Noble.


The South of the Philippines, where the minority Muslim population is concentrated, managed to evade Spanish colonialism for 300 years. Could you please explain the significance of this, if any, for Muslim-Christian relations in the post-colonial context?

Because of their evasion of Spanish colonialism, Philippine Muslims comprise the largest category of unhispanicized inhabitants of the Philippines. Although they live in the only predominately Christian country in Southeast Asia, they share their religious culture with the neighboring majority Muslim nations of Indonesia and Malaysia. They also retain aspects of an indigenous pre-Islamic and precolonial Philippine culture--expressed in dress, music, political traditions and a variety of folk beliefs and practices-- that are similar to those found elsewhere in island Southeast Asia, but are today almost entirely absent among Christian Filipinos. Thus, while Philippine Christians and Muslims inhabit the same state and are linked together by various attachments, they are separated by a significant cultural gulf as the result of historical circumstances. I argue in my book that cultural differences do not by themselves create ethnic conflict. However, Christian Filipinos, including representatives of the Philippine state, have often tended to view Philippine Muslims as socially backward and untrustworthy precisely because of their history of resistance to hispanicization. For their part, Philippine Muslims have tended to be highly suspicious of the intentions of the Philippine government and generally wary of Christian Filipinos. These prejudices and suspicions notwithstanding, Muslims and Christians have been able to coexist peacefully in the Southern Philippines for most of the time they have lived together.

You suggest in your book, Muslim Rulers and Rebels, that the Muslim nationalist movement emerged out of the period of American colonialism (1899-1946), and not Spanish colonialism, and in fact, that the American colonial authorities actively encouraged its development. Could you please elaborate on this?

I state in my book that American colonial authorities encouraged the development of a transcendent ethnoreligious identity among Philippine Muslims. That unified identity then formed the basis of the nationalist "Bangsamoro" identity of the Muslim separatist movement begun in the late 1960s. Philippine Muslim armed resistance to Spanish aggression was very real and obviously effective, but it was not a unified Islamic resistance in the sense sometimes imagined. As elsewhere in Southeast Asia, sultanates just as often fought with one another, sometimes forging temporary alliances with the Spaniards to do so. Nevertheless, the ability of southern sultanates individually to withstand Spanish hegemony for more than 300 years is a testament to their military and diplomatic prowess. As stated in my book, certain perceptive American colonial agents realized that the "Moros" were not unified and thought it would be a good thing to unite them under leaders the Americans regarded as "enlightened" (i.e., Westernized). American colonial intentions were complex, but a primary intention seems to have been to prepare Philippine Muslims for the eventual end of American colonialism and their inclusion in an independent Philippine republic as a consolidated and relatively progressive ethnic minority. It was a naive intention, and events, of course, didn't work out that way. But colonial practices did have the effect of encouraging the development of a unified Philippine Muslim (or Bangsamoro) identity. Not incidentally, American colonialism also provided a lingua franca--English-- for contemporary Muslim separatists. Philippine Muslims are linguistically diverse and, as is the case with Christian Filipinos, English has provided a neutral political language.

You also mention that the Muslim nationalist movement in the Philippines describes itself as both Islamic and anti-colonial. Could you explain how this self-conception emerged and whether it is shared by the different factions of the separatist movement today?

The Muslim nationalist movement is anticolonial in the same sense as any other nationalist movement in Southeast Asia, including Philippine nationalism. The difference is that Muslim separatists see Spanish and American colonialism in the Muslim Philippines as having been supplanted by colonial rule from Manila under the Philippine republic. The "Islamic" aspect is far more complicated, primarily because there are differing interpretations of what it means to be Islamic. The Muslim separatist movement is a self-consciously Islamic movement in the sense that its political fronts, to various degrees, envision that a Philippine Muslim nation (or autonomous region) will be influenced by an Islamic model of governance. To my knowledge neither the MNLF nor the MILF has articulated a detailed plan for governing an autonomous region or independent nation based on an Islamic model. There is no clear model from the history of the Muslim Philippines. None of the Philippine sultanates complied at all closely to Quranic (shariah) law in their legal codes. I have suggested in my book that statements by the leadership of the MNLF and the MILF about the "Islamic" nature of their movement should be interpreted quite generally to refer to the defense of Philippine Muslim territory and traditions, as a response to Philippine Christian chauvinism, and as a desire to strengthen social and political connections between Philippine Muslims and the Islamic world. What Abu Sayyaf means by "Islamic" is difficult for observers (or at least this observer) to ascertain.

In your book you argue that the remote causes of Muslim separatism in the Philippines may be traced to Western colonizers but the more proximate cause can be found in the policies of the post-1946, Christian-dominated Philippine state. Can you outline some of the policies and practices that may have either exacerbated or created antagonisms between the Muslim minority and the Christian majority?

Until the 1950s, Muslims formed the majority population of almost every region of the southern Philippines. Soon after the founding of the republic in 1946, the Philippine government began to sponsor large scale migration from the poor and politically troublesome regions of the north and central parts of the country to the agricultural frontiers of the lightly populated southern islands. The large, fertile, and underpopulated island of Mindanao became the primary destination for Christian migration to the southern Philippines and by the late 1960s Mindanao Muslims found themselves a relatively impoverished minority in their own homeland. While the scale of Christian immigration to Mindanao itself caused inevitable dislocations, the manner of its occurrence also produced glaring disparities between Christian settlers and Muslim farmers. From 1946 onward, the government provided steadily more opportunities and assistance to settlers from the North. By contrast, government services available to Muslims were not only meager compared to those obtained by immigrant Christians but were also fewer than they had received under the colonial regime. The new Christian communities became linked to trade centers and to one another by networks of roads while Muslim communities remained relatively isolated. The late 1960s also saw an unusually antagonistic stance toward Muslims on the part of the new national administration of Ferdinand Marcos.

Could you briefly explain the distinctions between the three principal groups representing Muslim grievances in the present-day Philippines: the Moro National Liberation Front (MNLF), the Moro Islamic Liberation Front, and Abu Sayyaf?

It has been suggested that Abu Sayyaf, the most militant of these organisations, was initially supported by the Philippine military to discredit the separatist movement and create divisions between Muslims. Do you think there is any truth to these claims?

I have heard these sorts of claims myself from Philippine Muslims since 1995, although I haven't seen any credible evidence to support them. It is not surprising that such suggestions have been made. Abu Sayyaf is a very mysterious and perplexing group and some of the activities credited to or claimed by them seem highly irrational and counterproductive.

In 1996, the Moro National Liberation Front (MNLF) reached an agreement with the government and the group laid down its arms. Could you explain what became of this agreement and why it is that the Philippine Congress never ratified it? Analysts have suggested that the Autonomous Region in Muslim Mindanao (ARMM), which was established following the agreement is not working at all. Do you agree with this claim and if so, why do you think this has been the case?

The 1996 Peace Agreement between the Republic of the Philippines and the MNLF did not require ratification by the Philippine Congress. However, many Philippine legislators did not support the agreement and were able to take a number of steps to limit or eliminate funding for implementation and to pressure the administration to water down the provisions of the final agreement.. Opposition in congress to the peace agreement seems to have been led by Christian senators and representatives from Mindanao. The 1996 Agreement arranged for the implementation of the original Tripoli agreement in two phases. First, it created a transitional administrative structure known as the Southern Philippines Council for Peace and Development (SPCPD). Nur Misuari, the founder and chairman of the MNLF, was made chairman of the SPCPD and won election as governor of the ARMM. The second phase of the 1996 Peace Agreement, which was originally scheduled to begin in September 1999, called for the establishment of a new Regional Autonomous Government.

Despite the initial promise of the 1996 Peace Agreement, it has stalled badly in its implementation and is in serious danger of unraveling altogether. The September 1999 deadline for initiating the second phase of the agreement has come and gone. The autonomy agreement is stuck in its initial transition phase and has made very little progress in achieving either peace or development in the Muslim South. While the reasons for the failure of the most recent attempt to achieve meaningful autonomy for Philippine Muslims are complex, two particular (and indirectly related) problems stand out. First, due in part to congressional opposition, the SPCPD was provided entirely inadequate levels of power and resources. Not only was the SPCPD deprived of any internal taxation authority, its overall authority was severely restricted.

What international factors have contributed to the conflict between Muslim separatists and the Philippine State?

Muammar Kadaffi has been involved in various ways, some of them quite positive in terms of seeking a settlement. The original 1976 peace agreement was signed in Libya. Libya has also sheltered and supported MNLF fighters at various times. So have Pakistan and Saudi Arabia. I think, however that the most substantive and positive contribution has come from the Organization of the Islamic Conference of Foreign Ministers (OIC for short), a very influential international body made up of foreign ministers of Muslim states. The OIC publicized the grievances of the separatists very early on. It pressured the Philippine government to negotiate with the MNLF and threatened a reduction of oil supplies to Manila. It arranged the first peace agreement and has been very active in facilitating negotiations and arranging agreements, including the most recent, ever since.