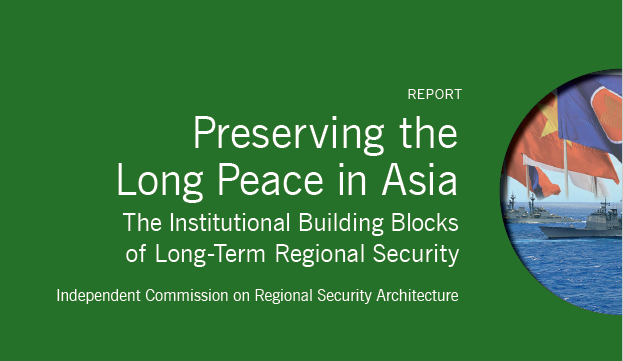 NEW YORK, September 11, 2017 — Amid the rapid change and uncertainty of the 21st century, a key question facing Asia's leaders is whether the region will be able to maintain the unprecedented economic growth and relative peace it has enjoyed for the past 70 years. Given growing concerns about a rising China, a dangerous North Korea, and a potentially less engaged United States, it cannot be assumed that the answer to this question will be yes. The Asia-Pacific region faces an important inflection point.

In a new report, Preserving the Long Peace in Asia: The Institutional Building Blocks of Long-Term Regional Security, the Asia Society Policy Institute's Independent Commission on Regional Security Architecture explores the enhanced role that regional institutions could play in maintaining peace and stability in Asia.

The Commission is composed of eight senior foreign policy and security experts from across the Asia-Pacific: 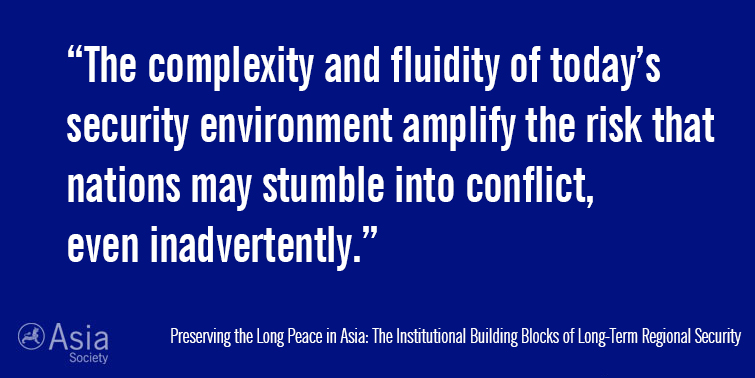 The report outlines the challenges and gaps facing existing regional security institutions, puts forth a roadmap to strengthen important organizations such as the East Asia Summit, and provides a series of immediate steps members states could take to build a stronger foundation for future multilateral cooperation.