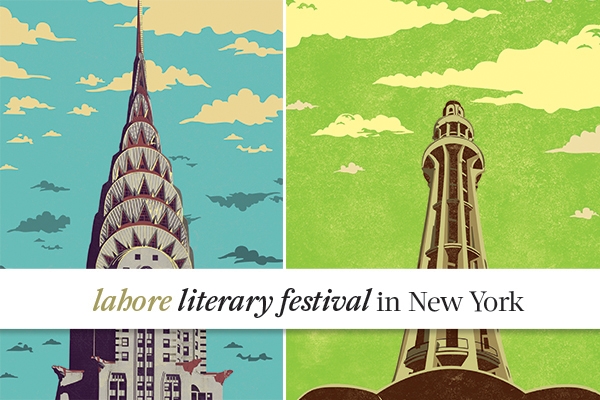 "… a celebration of a Pakistan open and engaged with the many ideas of many worlds." – Lyse Doucet, BBC

NEW YORK, April 26, 2016 — The Lahore Literary Festival (LLF), one of South Asia’s premier cultural events, will travel to Asia Society New York on May 7-8. This is the first time that a Pakistani literary festival takes place abroad.

LLF in New York will explore contemporary Pakistan, and feature artists, writers, and cultural commentators. In keeping with Asia Society's mission of promoting mutual understanding between Asia and the U.S., the Festival will present American audience with a more nuanced view of Pakistan, with discussions on fiction and nonfiction writing, music, arts, popular culture, and politics.

LLF, founded by Razi Ahmed in 2012 aims to reclaim and employ Lahore’s cultural significance and influence. A global city under the 12th century Sultanate, capital of the Mughal Empire under Akbar, and cradle of the modern Punjabi civilization under Maharaja Ranjit Singh, Lahore has fired the imagination of artists for centuries, inspiring global literature and thought from Milton’s Paradise Lost to Kipling’s Kim to Massenet’s Opera Le Roi de Lahore to John Masters’ Bhowani Junction.

(Note: All programming is subject to change and will be held at Asia Society New York. All times denoted in EDT)