Initiative Will Recommend Reforms to the International System to Accommodate Asia’s Rise.

“Fundamental changes to order, at least in a Eurocentric view of the world, have only occurred on the back of cataclysmic war,” said Kevin Rudd, President of the Asia Society Policy Institute and chairman of the new initiative. “If there are pressures for changes to the international order today, what could they be and what should they be? And how could such changes be effected peacefully? These are the questions we have set for ourselves.”

A senior-level Policy Commission of current and former officials from governments and multilateral institutions in China, the United States, Singapore, and India will lead the initiative. The Policy Commission will develop a vision for reforming the international order and recommendations for how organizations such as the United Nations can adapt to new power relations in the 21st century.

The new initiative opened today with a special public event in Cambridge, Massachusetts, at which members of the policy discussion discussed future scenarios for the international order and the steps that governments and leaders might take to bring about constructive reforms.

The Policy Commission will consider the possibilities for engineering a peaceful transition to a new international order characterized by greater sharing of power and decision-making authority between ruling powers, primarily in the West and rising ones, primarily in the Asia-Pacific region.

“This Policy Commission has three objectives: to analyze the implications of Asia’s rise for the current global order over the coming decade; to provide a compelling vision for the future of the order, including possible reforms to it; and to catalyze public awareness and, if possible, diplomatic support for any such reform agenda,” said Rudd.

The new initiative is the third that ASPI has begun since Rudd became ASPI President in January 2015. Other policy initiatives launched under Rudd focus on building stronger regional institutions in the Asia-Pacific and on promoting India’s accession to the Asia-Pacific Economic Cooperation (APEC) forum.

The Hon. Kevin Rudd (Policy Commission chairman) is President of the Asia Society Policy Institute. He served as Australia’s 26th Prime Minister and as Foreign Minister. As Chair of the Independent Commission on Multilateralism, Mr. Rudd is leading a review of the UN system. He is a Distinguished Fellow at Chatham House in London, a Distinguished Statesman with the Center for Strategic and International Studies in Washington, and a Distinguished Fellow at the Paulson Institute in Chicago. He is proficient in Mandarin Chinese, serves as a Visiting Professor at Tsinghua University in Beijing, and co-chairs the China Global Affairs Council of the World Economic Forum. 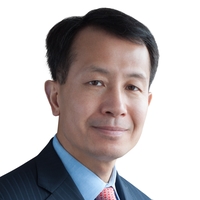 Jin-Yong Cai is Executive Vice President and CEO of the International Finance Corporation (IFC), a member of the World Bank Group and the largest global development institution focused on private sector development. Cai worked for the Goldman Sachs Group and Morgan Stanley’s. During his time at Morgan Stanley, he was seconded to the China International Capital Corporation, wihch has since become one of the country’s largest investment banks. Cai, who began his career in the World Bank Group in 1990, has a Ph.D. in economics from Boston University and a Bachelor of Science degree from Peking University. 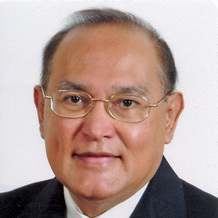 Barry Desker is a Distinguished Fellow at the S. Rajaratnam School of International Studies (RSIS), Nanyang Technological University. He formerly headed RSIS and the Institute of Defence and Strategic Studies from October 2000 to November 2014. He was the Chief Executive Officer of the Singapore Trade Development Board from 1994 to 2000 and was Singapore’s Ambassador to Indonesia from 1986 to 1993. Ambassador Desker is currently also the Non-Resident Ambassador of Singapore to the Holy See and Spain, and Chairman of Singapore Technologies Marine. 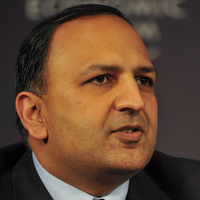 Pratap Bhanu Mehta is President and Chief Executive of the Center for Policy Research (CPR), and a political scientist who has taught at Harvard University, Jawaharlal Nehru University, and the New York University School of Law. Dr. Mehta has served on many central government committees, including India’s National Security Advisory Board, the Prime Minister of India’s National Knowledge Commission, and a Supreme Court-appointed committee on elections in Indian universities. He holds a B.A. (first class) in philosophy, politics, and economics from Oxford and a Ph.D. in politics from Princeton. 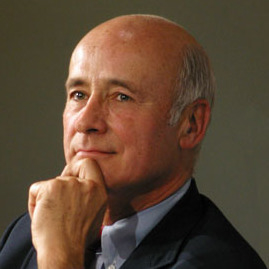 Joseph S. Nye Jr. is University Distinguished Service Professor and former Dean of Harvard’s Kennedy School of Government. He earned a PhD in political science from Harvard. He has served as Assistant Secretary of Defense for International Security Affairs, Chair of the National Intelligence Council, and Deputy Under Secretary of State for Security Assistance, Science and Technology. He is a fellow of the American Academy of Arts and Sciences, the British Academy, and the American Academy of Diplomacy. In a recent survey of international relations scholars, he was ranked as the most influential scholar on American foreign policy.

With a problem-solving mandate, the Asia Society Policy Institute tackles major policy challenges confronting the Asia-Pacific in security, prosperity, sustainability, and the development of common norms and values for the region. The institute builds on the mission of the Asia Society, which has sought for 60 years to explain the diversity of Asia to the United States and the complexity of the United States to Asia, and to be a bridge in problem-solving within the region and between Asia and the wider world.