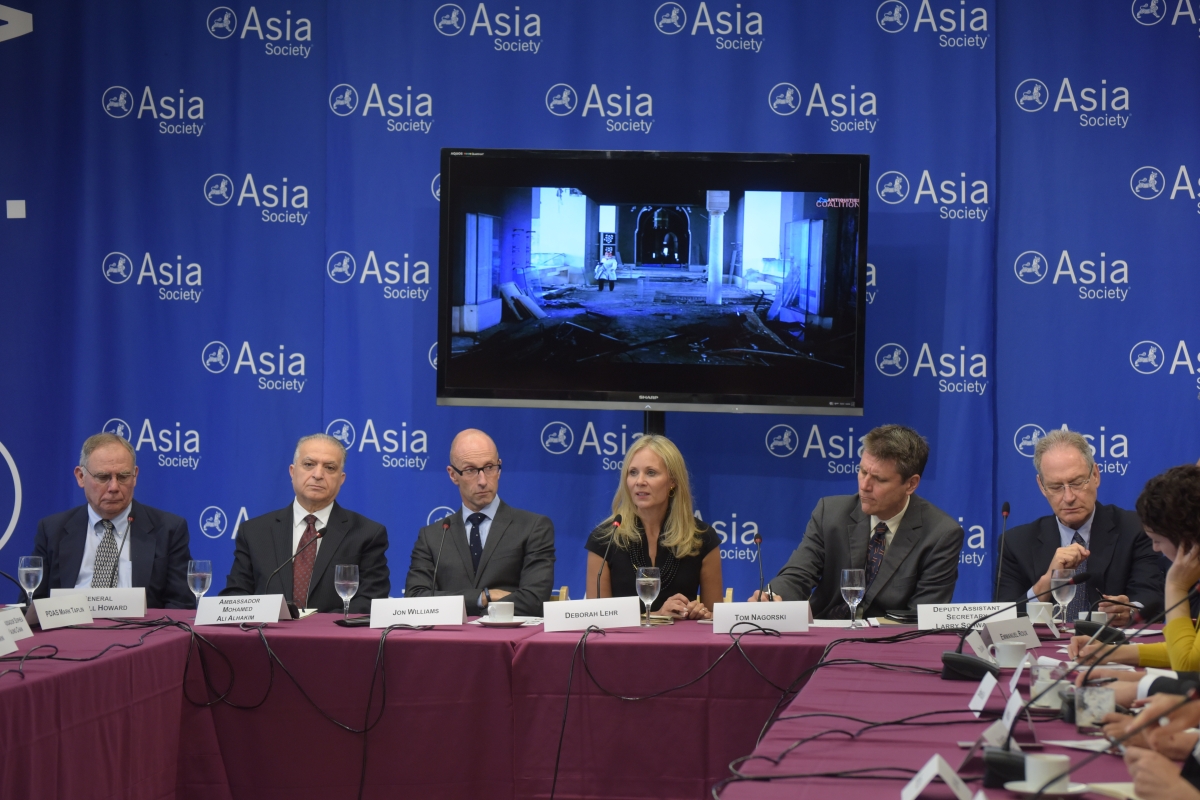 NEW YORK, September 16, 2016 — Leading policymakers and experts convened in New York City today to assess the global fight against the destruction and plunder of cultural artifacts in the Middle East and North Africa by ISIS and other violent extremist organizations.

The "Culture Under Threat" forum, organized by the Antiquities Coalition, Asia Society, and the Middle East Institute, was held at the Asia Society in New York on the margins of the 71st Session of the United Nations General Assembly.

“We’re here today to make sure that one issue, in all the issues being tackled during the UN General Assembly, is not overlooked and gets the attention it needs and deserves. That issue is protecting our shared heritage, the monuments and relics of our past, which are being destroyed, looted and trafficked,” said Josette Sheeran, President and CEO of Asia Society, in her welcoming remarks. “Make no mistake, these are hardcore and dangerous crimes as the proceeds are often being used to finance terrorism and further destruction.”

The Forum brought together high-level representatives from intergovernmental organizations, governments, law enforcement agencies, the armed forces, and business. A discussion moderated by ABC News’ Jon Williams focused on how these varied sectors can work together to combat the growing use of historical and cultural artifacts as a terrorist financing tool. The event also explored what has been learned in the past year about this illicit trade in “blood antiquities”—including the U.S. government’s revelation that ISIS has made antiquities transactions totaling $1.25 million over just a three month period.

“We need, at the same time, a comprehensive and a very specialized approach to this kind of crime,” Roux said at the event. “[INTERPOL] found recently, a year ago, a container. In this container, we found 135 cultural objects, 233 weapons, firearms, together with 30 kilos of heroin, three kilos of cocaine, and 23 elephant tusks. All those markets, that you think are specialized, at some point they gather.”

Today’s forum comes on the heels of the second annual #CultureUnderThreat Regional Conference. On September 8, seventeen Arab League nations convened in Amman for a ministerial-level summit hosted by the Government of the Hashemite Kingdom of Jordan with support from the Antiquities Coalition and the Middle East Institute. The participating nations held the inaugural meeting of the Middle East and North African Task Force Against Cultural Racketeering, and launched an aggressive plan to combat looting and trafficking.

“The importance of the Arab League countries’ cooperation can’t be underestimated,” said the Antiquities Coalition’s Lehr. “The outcomes of the meeting today will complement their efforts through support and practical solutions as seen in the #CultureUnderThreat Task Force.”

In April 2016, the forum organizers released the #CultureUnderThreat Task Force Report: Recommendations for the U.S. Government, which put forward 31 concrete steps that could be taken by the U.S. Administration, Congress, the United Nations, and the art market to fight terrorist financing through cultural racketeering. The U.S. government has already implemented some of these recommendations and is in the process of fulfilling others.