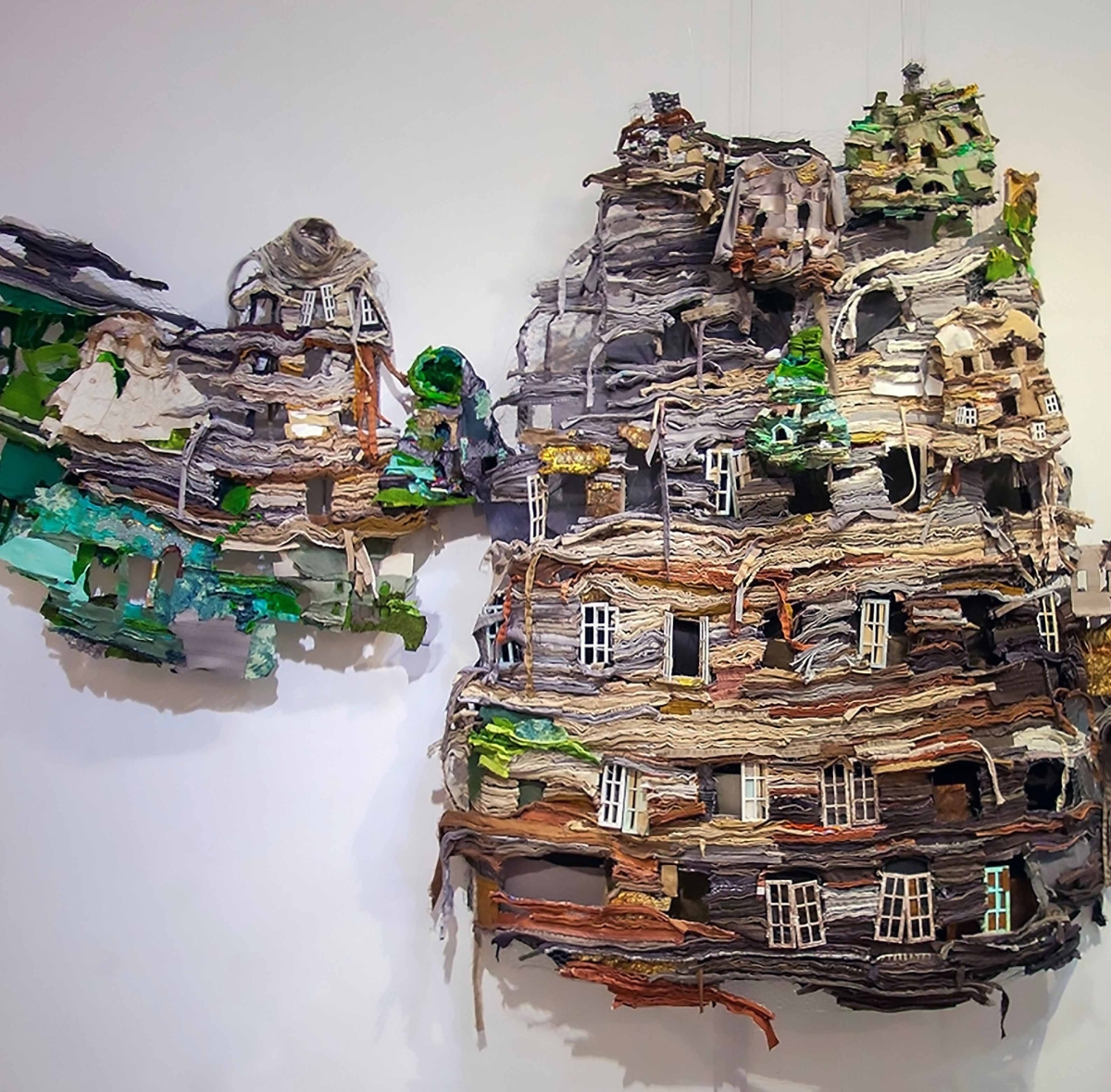 NEW YORK, April 26, 2017 — Asia Society Museum in New York shines a spotlight on the work of nineteen contemporary artists from the South Asian diaspora. As individuals living between worlds, diasporic artists often negotiate notions of home and issues relating to migration, gender, race, and memory in their practice. Lucid Dreams and Distant Visions: South Asian Art in the Diaspora, organized by Asia Society Museum with the support of the Smithsonian Asian Pacific American Center, will be on view from June 27 to August 6, 2017.

On the occasion of the seventieth anniversary of independence of the Indian Subcontinent from the British Empire, this exhibition, first proposed by Jaishri Abichandani, founder of the South Asian Women’s Creative Collective, provides a timely platform to celebrate these artists and their diverse perspectives, notably in response to the recent rise of nationalism and xenophobia that has swept the globe.

“Seen in the context of the turbulent state of affairs for immigrant populations, the work of diasporic artists working and living between worlds has taken on a new urgency in counterbalancing the retreat into simplistic identity politics and xenophobia,” said Boon Hui Tan, Asia Society Vice President for Global Arts & Cultural Programs and Director of Asia Society Museum. “Through a number of mediums, including photography, sculpture, and video, the artists featured in Lucid Dreams and Distant Visions challenge prevailing stereotypes and assumptions of South Asian identities in the United States today.”

The artists reflect the diverse demographics of South Asia and their work engages the nuanced cultural specificities of the region, as well as the racial and cross-cultural tensions in the current sociopolitical climate.

Artists in the exhibition include:

The artist selection was made by Boon Hui Tan and Lawrence-Minh Davis, Curator, Smithsonian Asian Pacific American Center. Together they formed the curatorial committee with Abichandani and Michelle Yun, Senior Curator for Modern and Contemporary Art, Asia Society.

A two-day symposium organized in conjunction with the exhibition brings together South Asian American artists, curators, and academics to discuss the state of the field and to identify strategies to bring the work of contemporary South Asian artists and cultural practitioners to a broader audience. Titled “Fatal Love: Where Are We Now,” the symposium is co-organized by the Queens Museum and the Smithsonian Asian Pacific American Center, and will be held at the Queens Museum on July 1 and 2. The keynote panel for the symposium will be held at Asia Society Museum on the evening of June 30, preceded by a reception for the exhibition.

Lucid Dreams and Distant Visions: South Asian Art in the Diaspora is made possible by the generous support of the Smithsonian Asian Pacific American Center. Critical funding is provided by Burger Collection, Hong Kong.

Asia Society Museum presents a wide range of traditional, modern, and contemporary exhibitions of Asian and Asian American art, taking new approaches to familiar masterpieces and introducing under-recognized arts and artists. The Asia Society Museum Collection comprises a traditional art collection, including the initial bequests of Mr. and Mrs. John D. Rockefeller 3rd, and a contemporary art collection. Through exhibitions and public programs, Asia Society provides a forum for the issues and viewpoints reflected in both traditional and contemporary Asian art, and in Asia today.

The Queens Museum in Flushing Meadows Corona Park features contemporary art, events of hyperlocal and international impact, and educational programs reflecting the diversity of Queens and New York City. Changing exhibitions present the work of emerging and established artists, both local and global, that often explore contemporary social issues, as well as the rich history of its site. In November 2013, the Museum reopened with an expanded footprint of 105,000 square feet, a soaring skylit atrium, a suite of daylight galleries, nine artist studios, and flexible event space. The Museum works outside its walls through engagement initiatives ranging from multilingual outreach and educational opportunities for adult immigrants, to a plethora of community led art and activism projects. The Museum's educational programming connects with schoolchildren, teens, families, and seniors as well as those individuals with physical and mental disabilities. The Queens Museum is located on property owned in full by the City of New York, and its operation is made possible in part by public funds provided through the New York City Department of Cultural Affairs. Find out more at queensmuseum.org and @QueensMuseum.