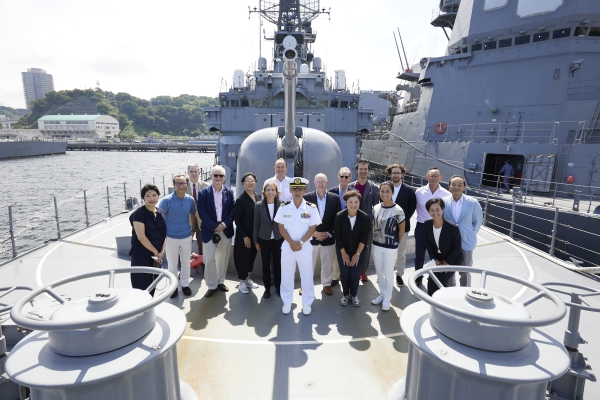 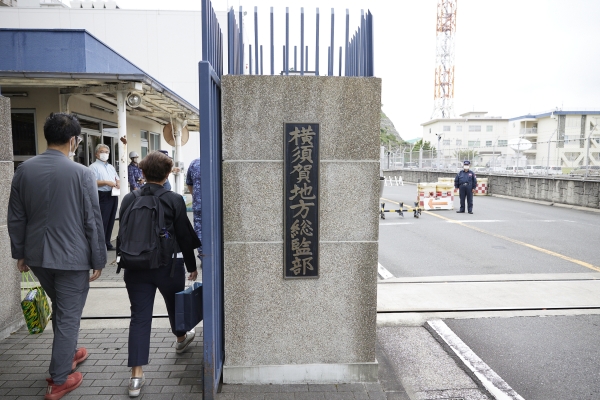 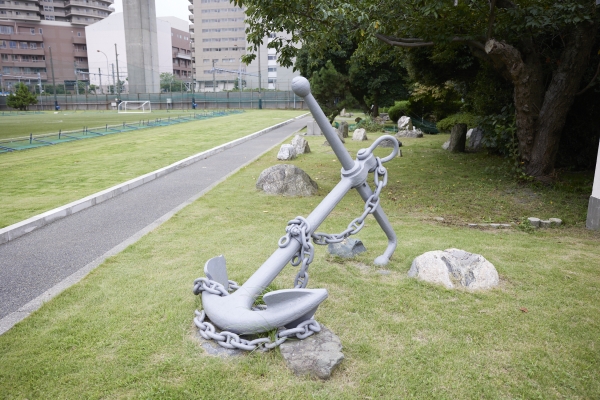 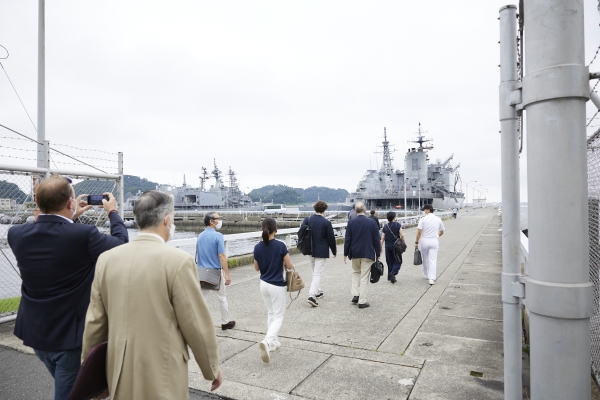 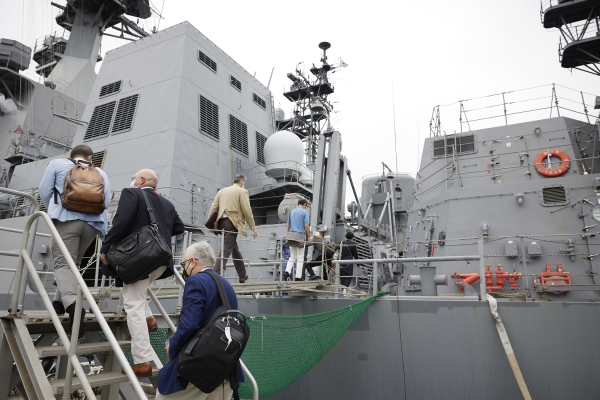 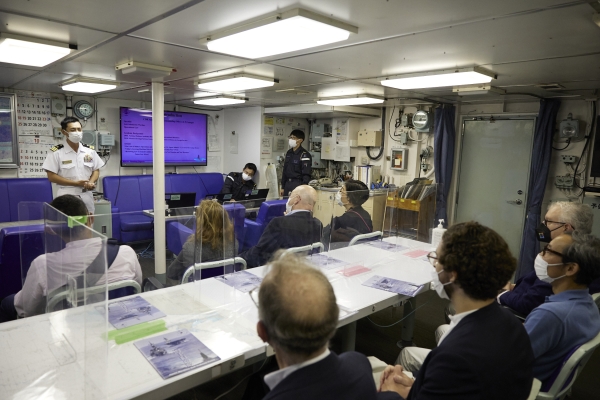 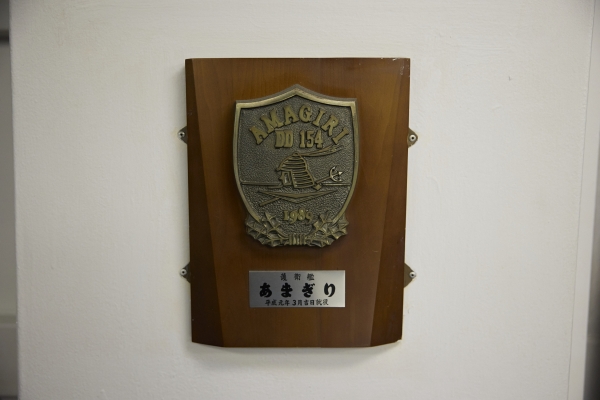 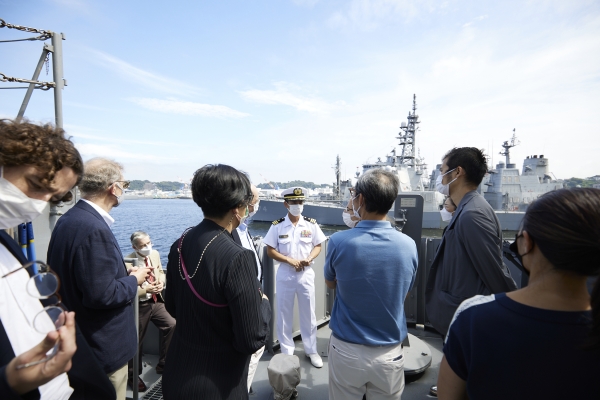 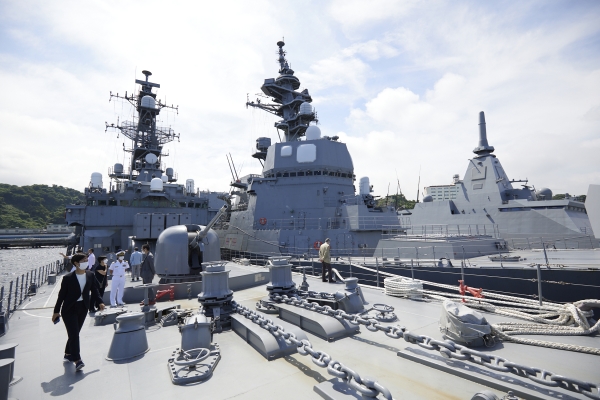 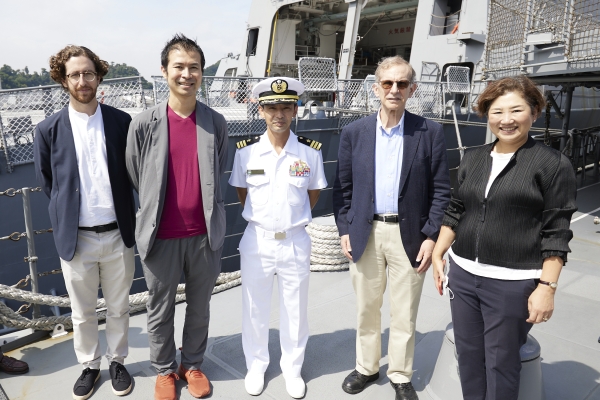 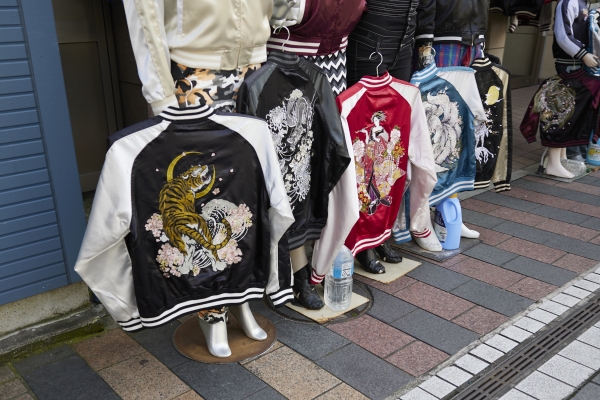 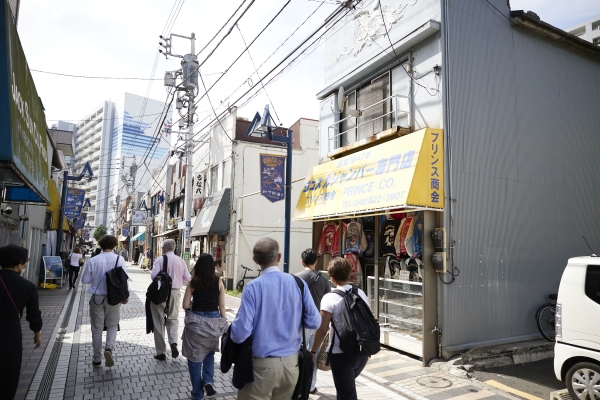 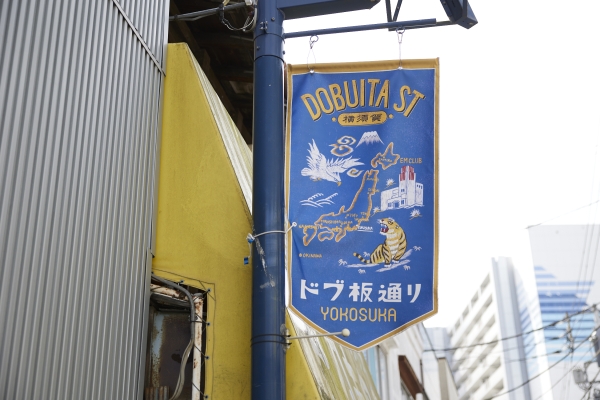 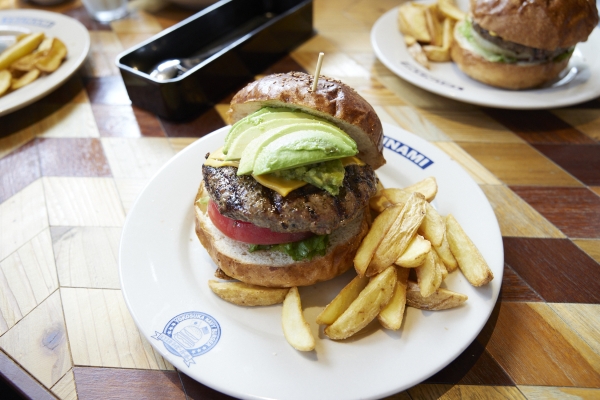 Tsunami burger on a plate with fries 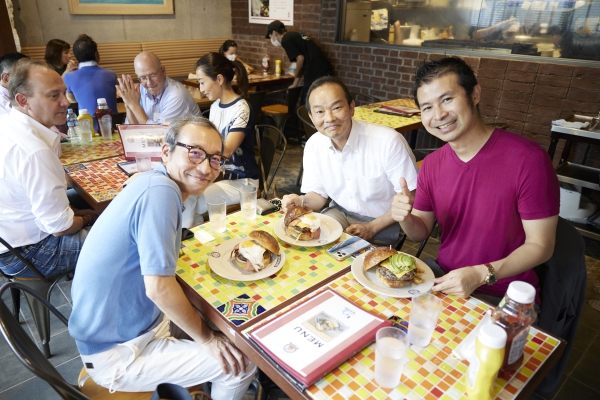 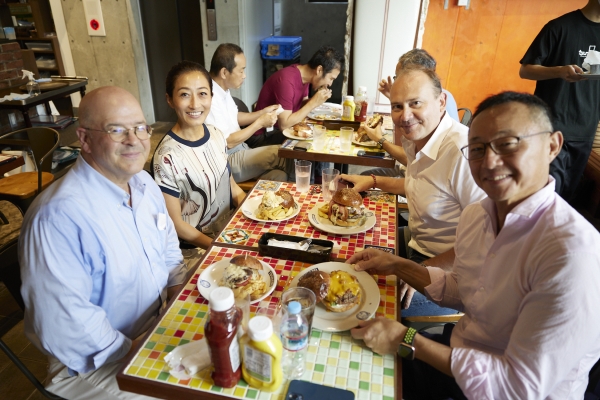 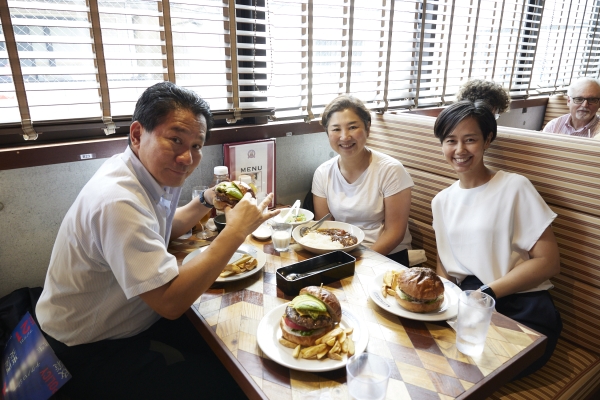 Founding Member Kosei Kobayashi about to bite into his Tsunami avocado burger! 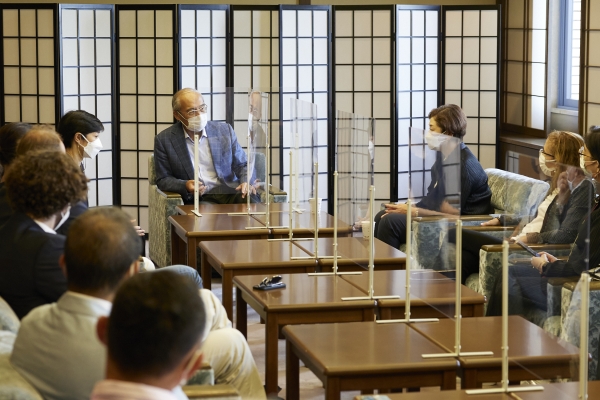 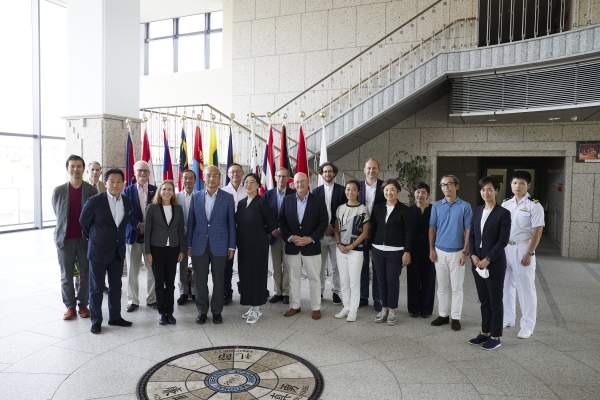 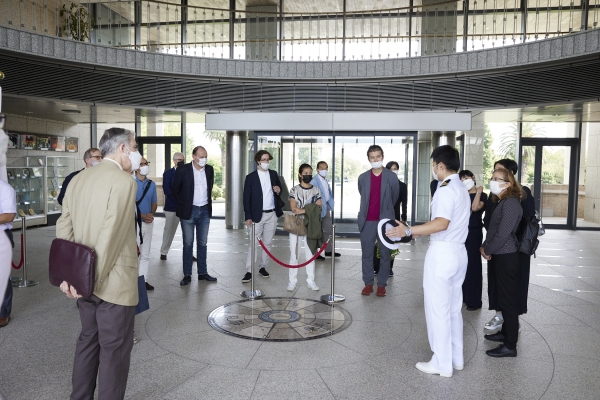 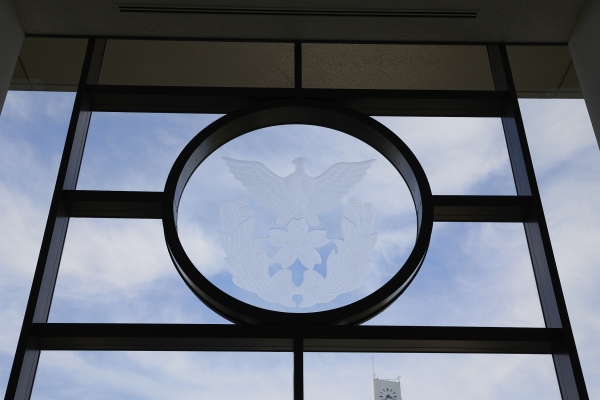 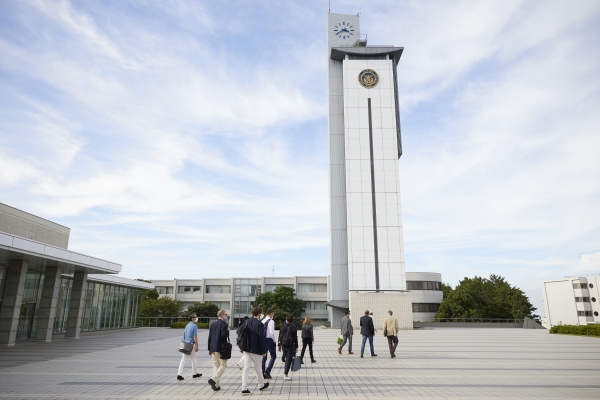 The group walking past the Tower and Information and Media Library at National Defense Academy, Yokosuka

On September 9, 2022, Asia Society Japan Founding Members had the opportunity to visit the Self Defense Fleet Headquarters and the National Defense Academy in Yokosuka, Kanagawa by invitation from Commander SAITO Yusuke of the JMSDF Destroyer Amagiri to ASPI Fellow Professor Takako Hikotani.

Our first stop was the Self Defense Fleet Headquarters where Destroyer Amagiri (Heavenly Mist), is docked. Amagiri, in service since 1989, has participated in multiple missions inside and outside of Japan including the anti-piracy operations in the Gulf of Aden in 2014-15. Most recently, on June 30, a joint exercise with the Japan Coast Guard patrol vessels was conducted in the waters east of Izu Oshima. Commander SAITO briefed us on the overall goals of the Japan Maritime Self-Defense Force and the current challenges they face in the region. Following an active dialogue with the Founding Members that included regional security concerns to navy curry, he took the group on a tour of Amagiri from the bridge to the deck.

After a brief break at Tsunami Restaurant for burgers and Kaigun curry on Dobuita Street, we traveled uphill to the National Defense Academy (NDA) where 2,000 cadets are studying to become future generals and admirals. NDA was established in 1952 and unlike the U.S. military academies as West Point, Annapolis, or the Air Force Academy, the Japanese system is a tri-service academy (Ground, Maritime, and Air).  All three forces of the Self Defense Forces recruit and educate their cadets together. Each class consists of 480 cadets who pledge to “Honor, Courage, Propriety (廉恥、真勇、礼節)” living on campus and studying for four years. We met with Dr. Fumiaki Kubo, current president of NDA and former professor at the University of Tokyo who briefed us about NDA followed by a tour of the vast campus.