The Fukushima Disaster 10 Years On: Lessons to Never Forget 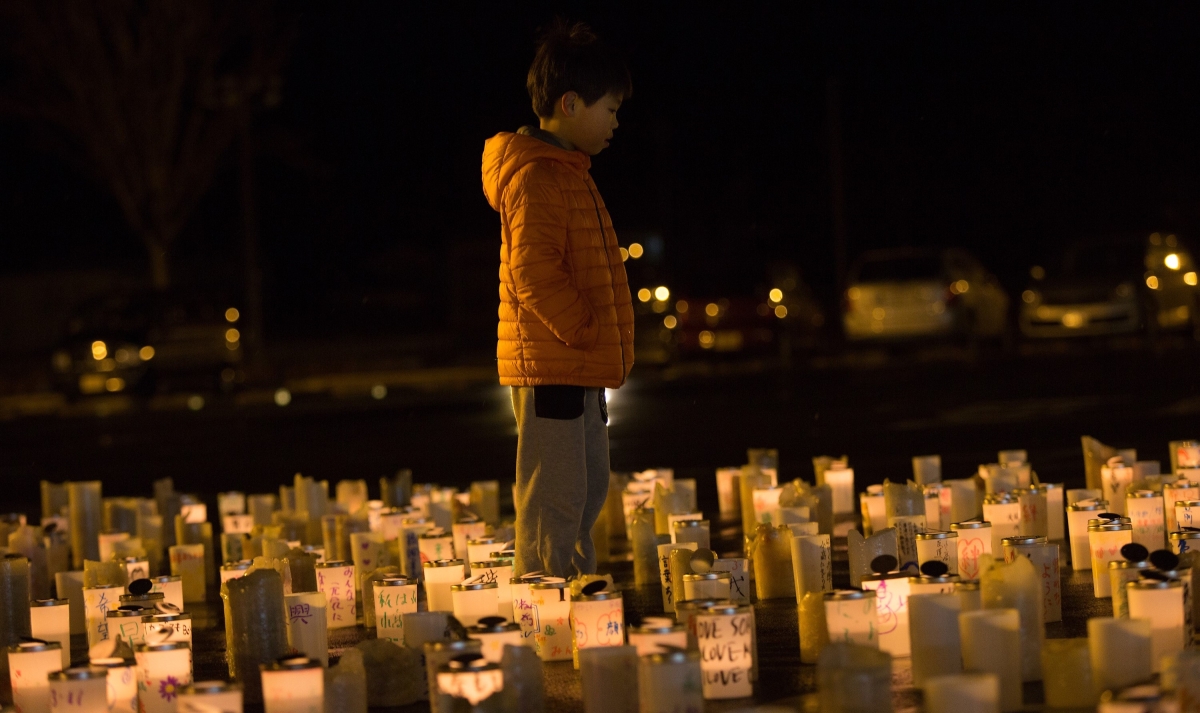 The Fukushima Disaster 10 Years On: Lessons to Never Forget

Mr. Russel initiated the conversation by sharing a powerful memory from 3.11. He recalls reporting the situation and the projected casualties to President Obama, who responded, “You tell them that we will do everything in our power to help Japan.”

Crisis Management and the U.S.-Japan Alliance

Dr. Funabashi offered his insight on the implications of risk denial and how the Kan administration turned to the military as the solution to the crisis, and how that effectively transformed the public attitude and acceptance of the Self Defense Force (SDF):

The Fukushima Nuclear Disaster was the largest crisis in Japan’s post-war history. It was a wake-up call for Japan that it was unprepared for contingencies. The “nuclear village” had been reluctant to make changes to improve the safety of the plants as they felt that would be equivalent to admitting that prior precautions and regulations had been inefficient. They wanted to avoid admitting that nuclear plants constituted a “contingency risk,” as anti-nuclear sentiment remained among the general public. Accordingly, nuclear regulatory authorities did not include severe nuclear accidents, such as SBO (station blackout), in its contingency plans simply for fear of arousing unnecessary anxiety and misunderstanding among the public. This was all done at the expense of public security. They found themselves caught in their own trap - the myth of absolute safety.

Ten years on, we see a new nuclear safety myth. Regulators demand the world’s strictest safety standards of operators, in an effort to demonstrate their independence and transparency. Compelled to differentiate themselves from the old regulatory regime, the regulators are no longer closely engaged. They seek to convince the public that the newly authorized nuclear power plants are completely safe, once again generating a new nuclear myth of absolute safety.

The nuclear accident was too large for the Fukushima 50, the employees who remained on site, to fight. The Japanese Government simply was not prepared to deal with a worst-case scenario. Prime Minster mobilized the SDF, whose work was widely appreciated by the general public, thus leading to securing public trust again. The U.S. promptly organized a mission to help Japan, although it had no treaty obligations to do so. This came to be known as Operation Tomodachi, and led to enhanced friendly public sentiment toward President Obama. When 60% of foreigners living in the Tokyo area evacuated overseas or to other parts of Japan, then U.S. Ambassador John Roos remained in Tokyo.

Japan learned a serious lesson from the crisis, that it was extremely vulnerable in terms of crisis management and crisis management governance. This awareness has been heightened through increased exposure to China’s aggressiveness in the Senkaku Islands, where Japan realized that it could risk U.S. abandonment. The Abe administration enacted a law to allow the SDF to exercise collective self-defense, so as to strengthen the U.S.-Japan alliance. The lessons learned during the Fukushima crisis offered a backdrop for seeking increased resilience and independence. We can see Japan continuing to struggle in its response to the COVID-19 pandemic.

Asked by Mr. Russel how the Fukushima disaster and 3.11 experience importantly affected the U.S.-Japan alliance, Dr. Funabashi commented that the experience paved the way for a more solid relationship, with former Prime Minister Abe strengthening the mutuality of the alliance. The Fukushima disaster uncontrolled would have left Japan abandoned, and tensions in the Senkaku Islands added to that wake-up call. The conversation also developed into the evolution of public acceptance of post-war U.S. military presence in Japan. Dr. Funabashi feels that after the Tomodachi Operations, in particular, both countries have found a path to cement their relationship once again in order to address security challenges on various corners.

Inviting Dr. Suzuki and Mr. Shiozaki into the conversation, Mr. Russel shifted the topic to crisis communication. Dr. Suzuki commented that the shared understanding after the Fukushima nuclear accident was that information provided by the Japanese Government during the crisis was not “first,” not exactly “right” and loosely “credible,” as the conventional reporting system was unfunctional without any staff on site and the government lacked firsthand access to the information.

Mr. Russel found that communication channels based on academic, professional and technical relationships with counterparts in Japan, apart from formal government channels, proved to be reassuring and constructive in the outset of the crisis. Other important conduits of information, as pointed out by Dr. Suzuki, were those between the SDF and U.S. bases in Japan and links between the Government and the embassy. Dr. Suzuki also pointed out that Charles Casto was the linchpin in gaining an accurate understanding of the nuclear crisis.

Mr. Shiozaki saw a common challenge in terms of information disclosure in the Fukushima nuclear accident and the COVID-19 pandemic. In the Fukushima accident, the Government was slow in disclosing the simulation results of SPEEDI, a system developed by the Government to project radiation flow. The public was infuriated to learn that the results had been shared with the U.S. military prior to the Japanese public. This caused a large dent in the credibility of the Government in information-sharing. Officials had been reluctant to share the information for fear of arousing panic. Ten years later, a similar phenomenon was witnessed when MHLW admitted keeping from the public, information that non-symptomatic patients could transmit the COVID-19 disease. Governments share the tendency of running into the pitfall of failing to disclose information for fear of causing society-wide panic.

However, risk communication has improved. When trade and economy minister, Mr. Edano explained that low-dose exposure that might be contained in agricultural products had “no immediate impact on the human body,” people speculated about the possibilities of long-term impact and fled to zero risk tolerance, thus shying away from eating anything produced in Fukushima. Compared to that, the Japanese government has demonstrated a more structural approach to risk communication concerning COVID-19, assembling a team of experts to craft understandable communication, which is best represented by the “3Cs” slogan.

Addressing the differences in how the Government has managed the two crises, Mr. Shiozaki made two points. First, while the DPJ was inexperienced and still feeling its way along when the Fukushima accident occurred, the Abe administration had seven years of experience navigating the nation before heading into the COVID-19 crisis. Experience allows leaders to know where the information is, who to call and what team to assemble. This has obviously helped the LDP in addressing the COVID-19 pandemic. Second, we should also be mindful of the differences in the nature of the crises. The nuclear accident unfolded very quickly, while with COVID-19, the Government had time to reset its earlier mistakes and take a more structural approach. Mr. Shiozaki’s study shows that in the Fukushima accident, there was much dependency on personal character and leadership.

Responding to the interests of the audience, the discussion covered the crises’ connection with environmental and energy policy. Mr. Shiozaki pointed out that as the other two speakers had mentioned, imagining the worst-case scenario sheds light on the inconvenient truth, for which we may not have the solution or resources. The crises present common challenges faced in addressing low-probability or future risk. Japan has struggled in that sense in recognizing the threats of global warming. Yet, Prime Minister Suga has been able to make the decision to shift to carbon neutrality.

Public confidence in nuclear management has yet to be re-established, and the Government is still working on introducing more stringent regulations to secure the safety of nuclear power plants. Therefore, the Government approach has not fundamentally changed from before the accident, as it is only a reproduction of the nuclear myth, convincing the public that another accident will not happen and ignoring the real possibility of an accident that may occur beyond our thinking.

Dr. Funabashi mentioned that given the low ratio of nuclear power plants that have acquired approval to resume operation, the majority of the public remains opposed to restarting the nuclear reactors. However, with the new carbon neutrality goal set by the Prime Minister, public understanding may change.

Wrapping up, Mr. Russel pointed out that the Government’s task is to show the intersection between environmental responsibility and nuclear regulatory responsibility. Leaders cannot simply ask people to take their word.