Daniel Russel on the Indo-Pacific Region in 2022 (Recap) 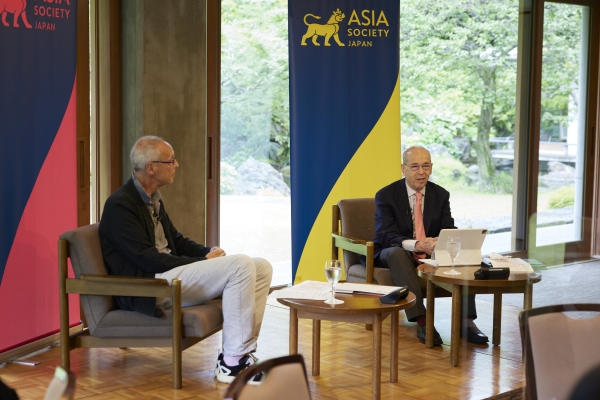 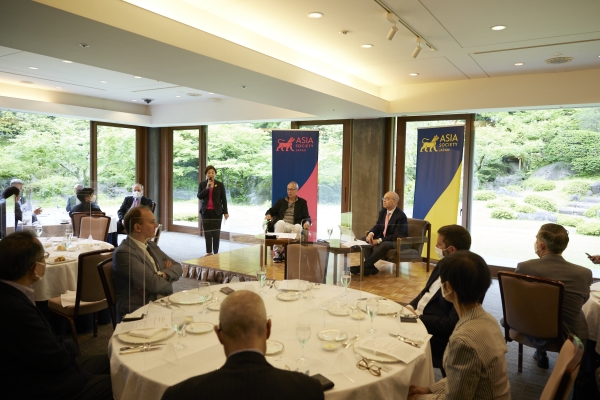 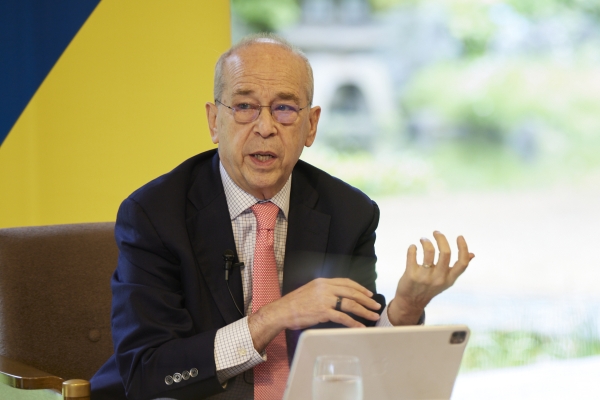 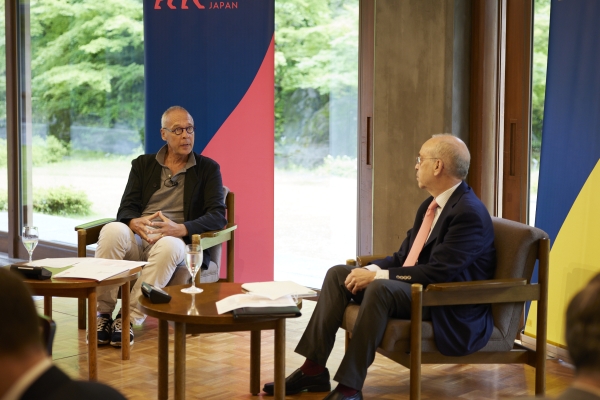 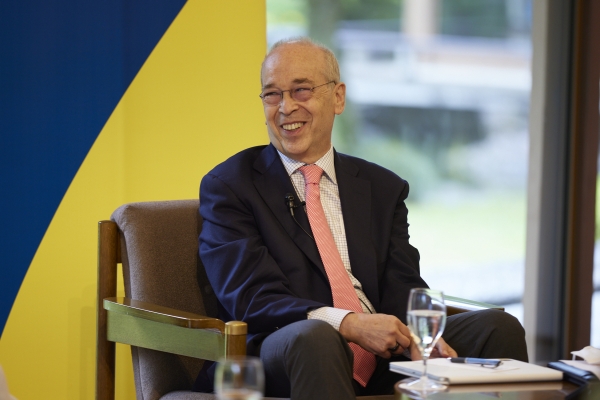 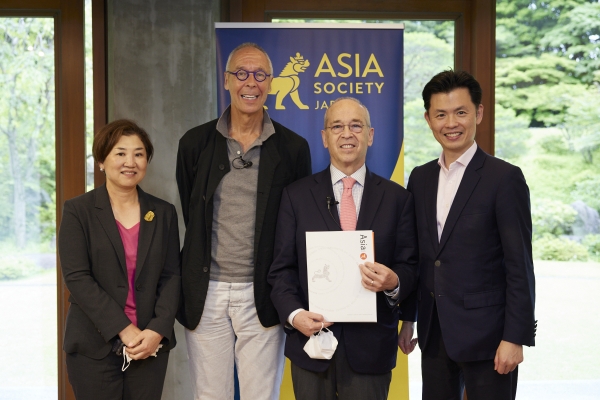 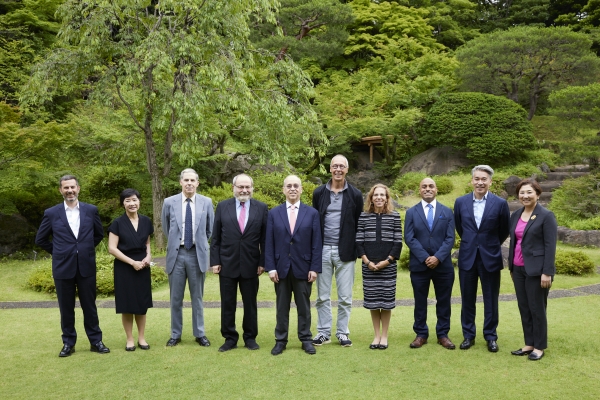 On June 7, 2022, Daniel Russel, vice president of diplomacy and security at the Asia Society Policy Institute, discussed a wide variety of topics that have shaped the Indo-Pacific region in the first half of the year 2022. These include U.S.-China relations, trilateral relations between the U.S., Japan, and South Korea, and the war in Ukraine. Jesper Koll, chair of policy committee at Asia Society Japan, moderated the session.

Starting 2022 with a turbulent start

The first half of 2022 has been unbelievably turbulent beginning with boycotts of the Beijing Winter Olympics, the “no limits” friendship declared by Xi Jinping and Vladimir Putin, the abrupt invasion of Ukraine by Russia, and North Korea returning to missile launches. However, this has been followed by some positive events, including the ASEAN summit hosted in Washington D.C., the inauguration of South Korean President Yoon Suk-yeol followed by a constructive visit by President Biden to South Korea and Japan, the roll-out of the Indo-Pacific Economic Framework for Prosperity (IPEF), and the QUAD summit, not to mention China’s failure in having the Pacific Islands sign up to the security pact that it had been pushing very hard for. Yet, we look forward to the latter half of 2022 with more venture, if not turmoil, in store.

Forecasts of the U.S. mid-term elections point to a Republican victory. This will not determine the direction of U.S. politics but will indeed be the starter’s gun for the race to the 2024 presidential election. On the other hand, Xi Jinping is expected to be given a third term at the 20th Chinese Communist Party Congress. This will give him more power but at the same time put him at risk of being responsible for everything at a time when politics in Beijing tend to keep undercutting the social and economic reforms the policies that China desperately needs.

The G20 meeting in Jakarta and the APEC leaders meeting in Bangkok will also be held in the following months. Both meetings are emerging as political tests as to whether they will actually be held in person and whether and how they will try to avoid Putin’s presence. Another important aspect of these meetings is whether Xi Jinping and Joe Biden will meet in person. 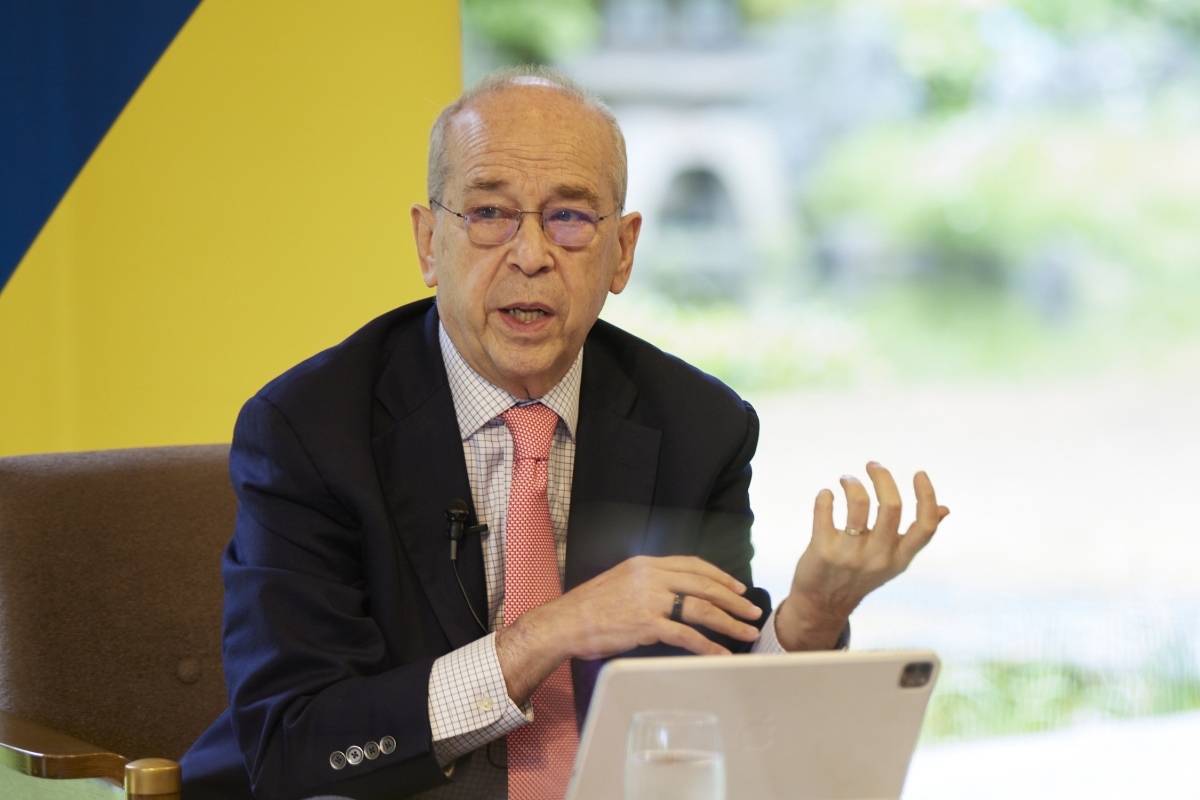 The turbulence that we have recently observed has been driven by a series of shocks – COVID-19 and its continuing impact on trade, supply chains, and economic growth, the invasion of Ukraine, the increasing problems in the Chinese economy, and the intensification of strategic rivalry between China and Russia and the advanced economies in the predominantly democratic nations in North America, Europe, and Asia.

Two trends should be flagged as the impact of COVID-19. First, the Chinese Communist Party’s narrative that they alone beat COVID-19 collapsed after the Omicron variant created not only medical problems but also social, economic, and political issues. Second, the development of the mRNA vaccine in the U.S. illustrated the continued power of American innovation and invention, despite Chinese attempts to systematically loot the intellectual property of Western pharmaceutical companies through cyber theft and recruiting back Chinese-American scientists who had been working on these vaccines.

The Russian blitzkrieg in Ukraine in one day transformed what had been a longstanding gray zone set of tactics into black-and-white military action. With China supporting Russia’s activities, countries in the Indo-Pacific region were instantly hit by the notion that the possibility of China suddenly turning its gray zone activities in the air and sea into black-and-white operations was no longer theoretical. Governments throughout the Indo-Pacific changed their attitudes in the weeks that followed. 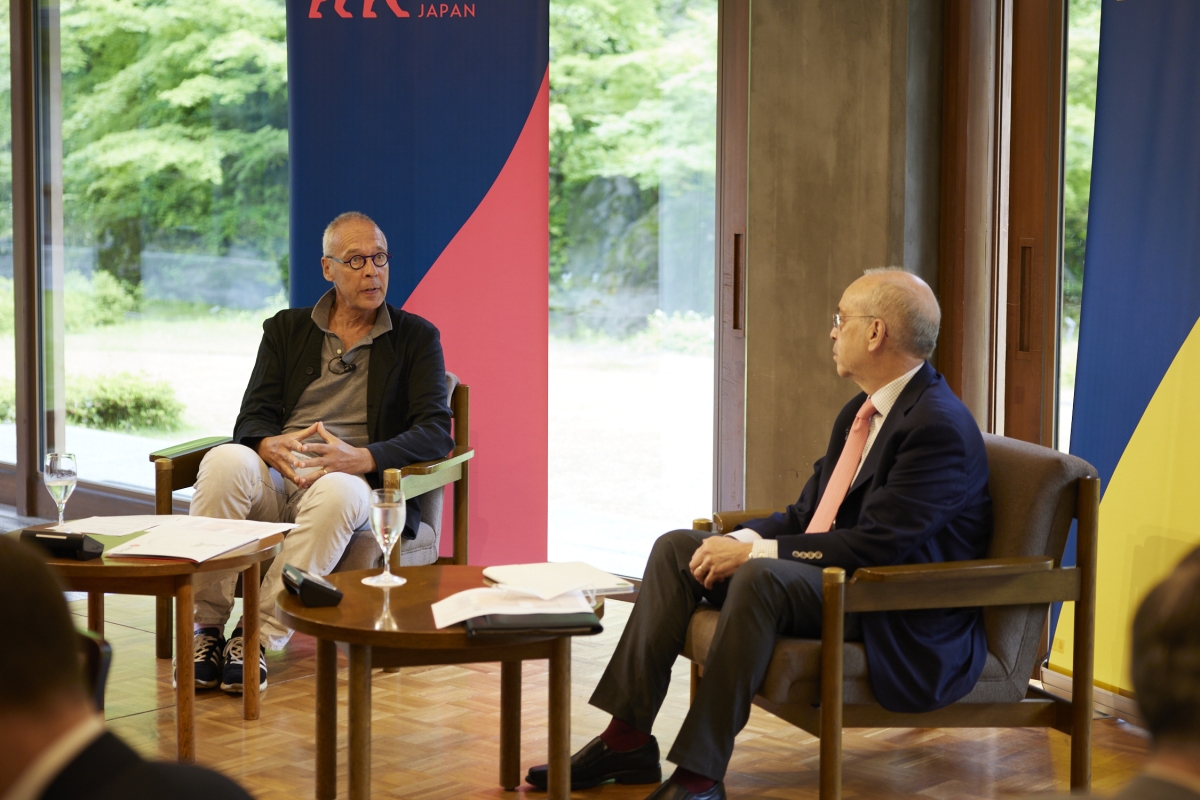 There are conflicting views about the Chinese economy, which is seen both as a House of Cards that can be easily puffed down and as an amazingly resilient economy that is going to bury the West. What seems to be clear is that Chinese policymakers do not seem to be sure themselves, as they keep stumbling in their experiments and continue to backtrack and procrastinate reforms. China's economic prospects look significantly weaker than they did at the beginning of the year with repeated cuts in the IMF’s forecast for Chinese growth, the crisis in the Chinese property sector, and the political crackdown on the tech sector followed by the disemployment of thousands of people.

The intensifying strategic rivalry between China and the U.S. has led to a zero-sum security dilemma in which every move that one side takes is seen as aggressive by the other. Much of the behavior that China exhibits threatens the U.S., Japan, Australia, India, Europe, and others. In their response to the situation represented by the revitalization of the Quad, we see the strengthening of alliance cooperation. China in turn sees an emerging containment bloc against itself, which defends Putin while claiming a kind of pseudo neutrality and at the same time is launching an effort to build a secure relationship with the Pacific Islands.

America’s most valuable but most undervalued partner

Japan’s Upper House election is expected to cement a strong and stable government led by Prime Minister Kishida. The Prime Minister is very well-known and well-regarded in Washington as he is seen to have the pro-alliance ambitions of former Prime Minister Abe but none of his right-wing features. Japan’s initiative in the Quad, regional diplomacy on economic infrastructure investment, standing up in response to the invasion of Ukraine, Pacific Island issues, etc. make Japan America's most valuable strategic partner. At the same time, Japan is America's most undervalued partner, often taken for granted. However, the high quality and reliability of this bilateral relationship is a particularly valuable asset in turbulent times such as 2022.

Following his initial comments, Mr. Russel engaged in a fireside chat with Mr. Jesper Koll, Co-chair of the Policy Committee at Asia Society Japan. Their conversation covered issues such as relations with South Korea and India which was continued with the floor. Questions from the floor included how intimidating the Japan-U.S. alliance is to China, Japan’s role as the next chair of G7, future Belt and Road programs planned under the Asia Society Policy Institute (ASPI), and future prospects of Taiwan. 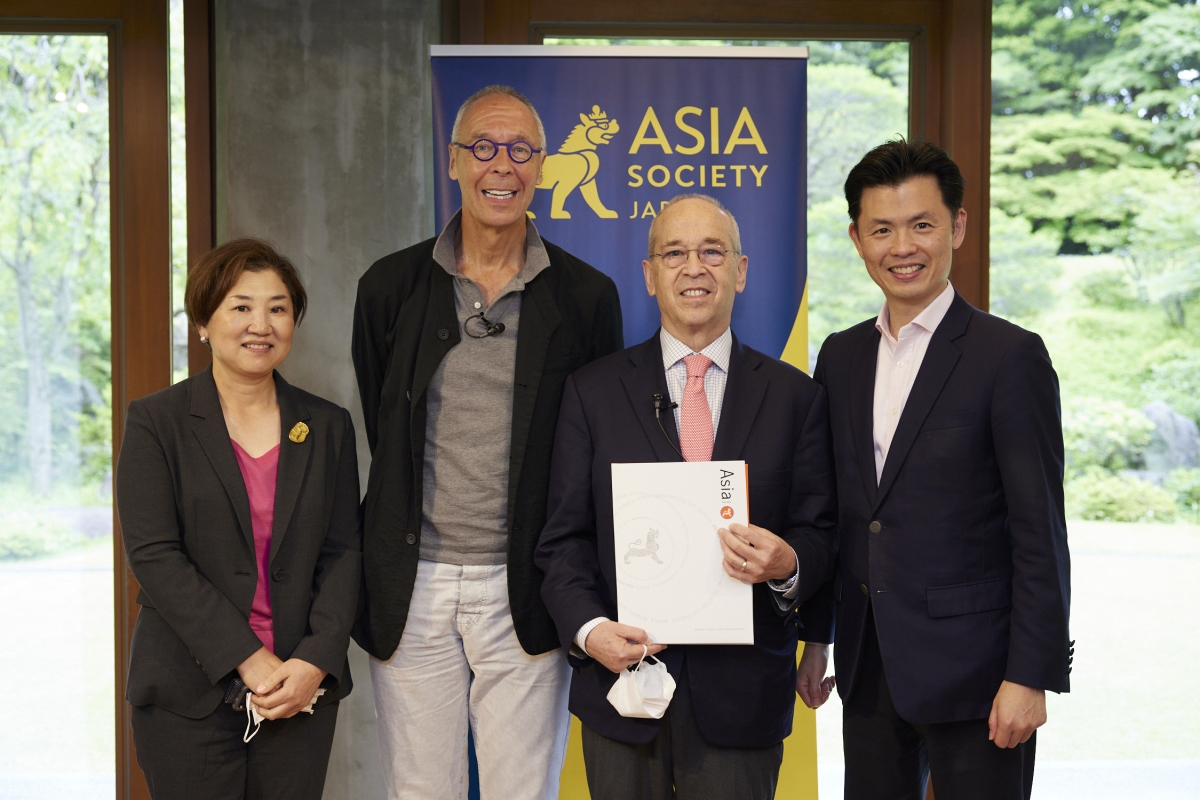 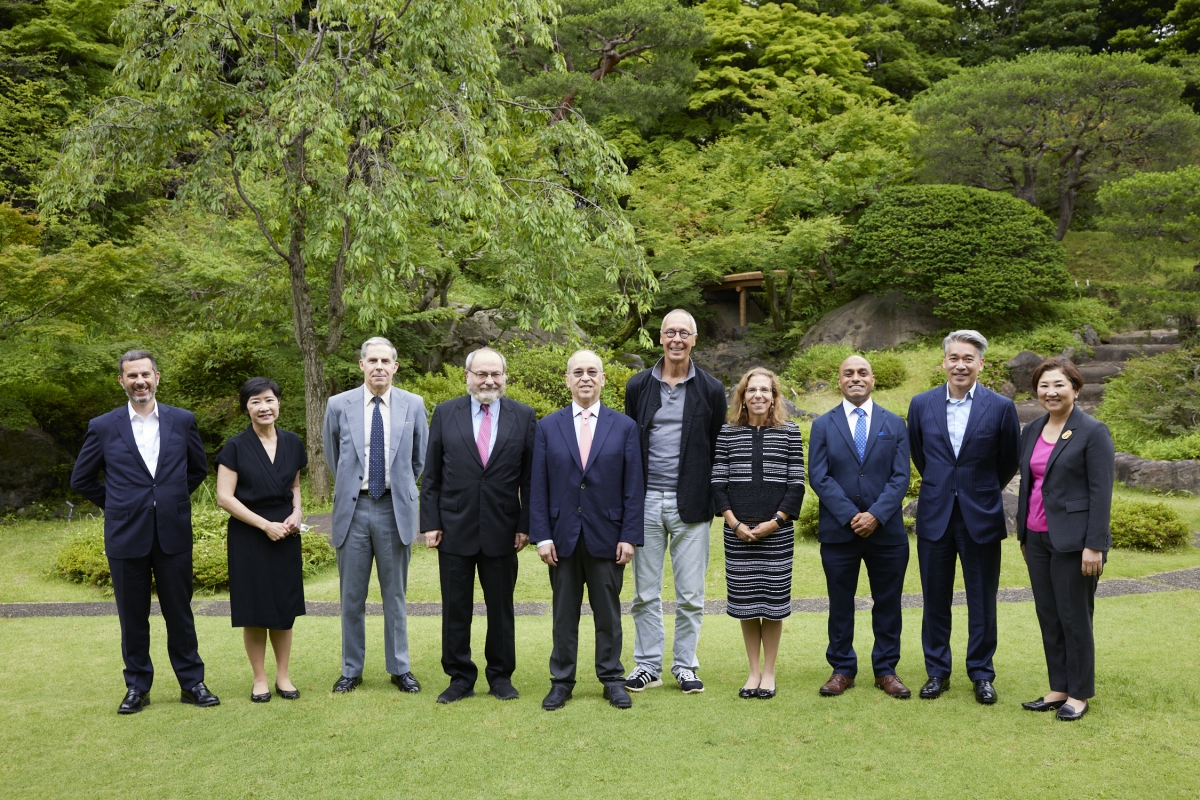