Population Implosion and the Japanese Economy 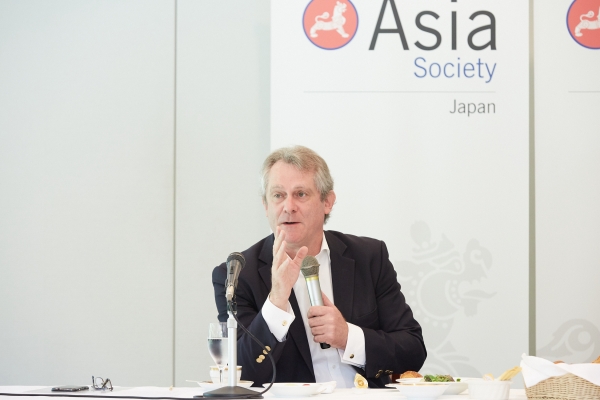 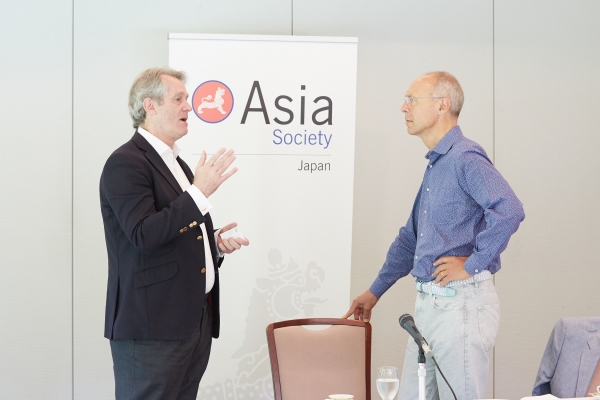 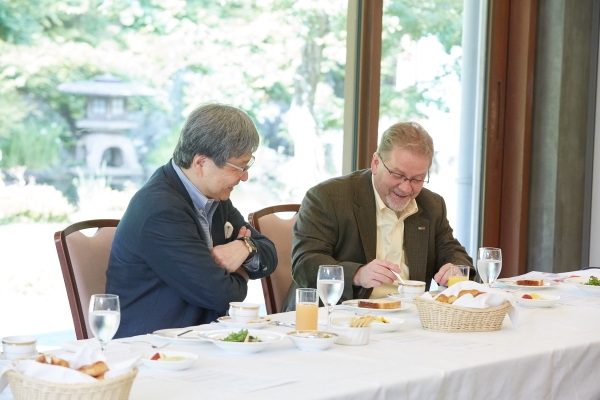 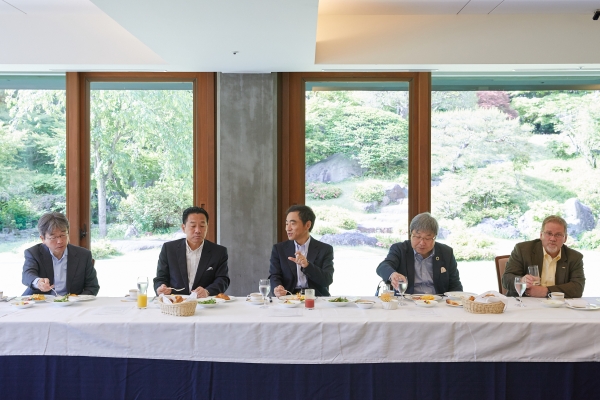 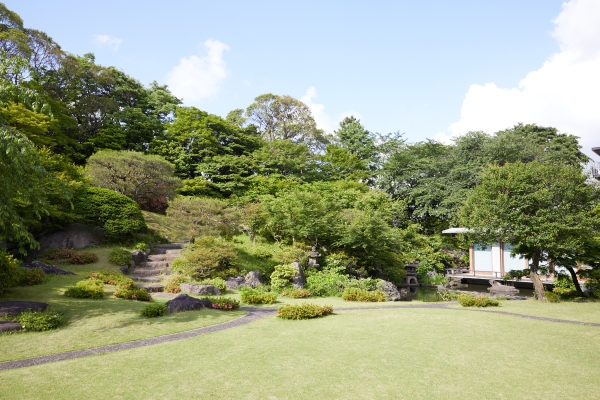 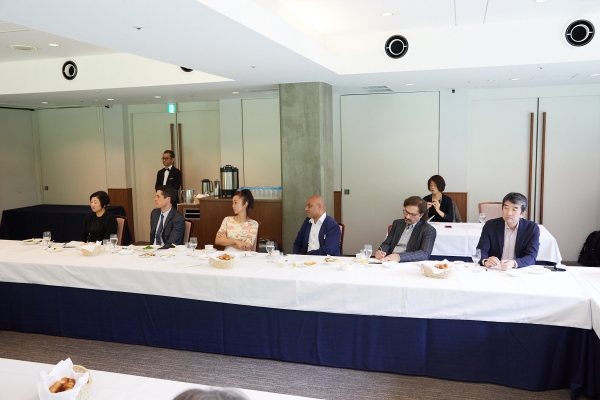 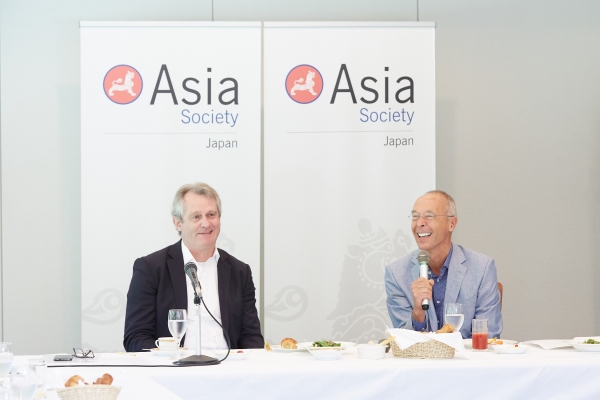 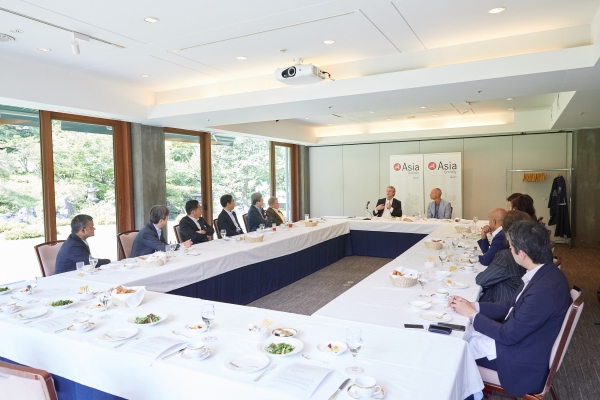 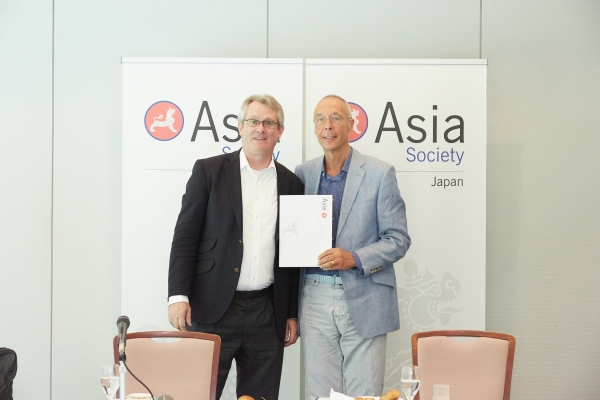 Mr. Koll presenting the "Certificate of Appreciations" to the speaker, Mr. Atkinson

“Population Implosion and the Japanese Economy”

Five years ago, Japan renewed its tourism strategy, which has boosted the number of tourists visiting Japan from 8 million people to 31 million people a year, marking the most significant growth in history in terms of a tourism industry in a country the size of Japan. In four years, Japan has grown from being 26th in revenues generated by tourism to being tenth in the world. However, this increase has not been driven by a change in tourism assets but is the result of a detailed analysis led by Mr. Atkinson of what actually makes people want to come to Japan, a missing perspective of past government analyses based on questionnaires targeting people who came to Japan instead of those who chose not to. Past reports had named as Japan’s key qualities, 1) hospitality, 2) safety and 3) the punctuality of trains - arguments which did not prove to be convincing to potential tourists.

There are many other instances where figures, which are indeed factual, may only describe a certain dimension of a phenomena. Japan ranks fifth in international competition, while in terms of productivity, it falls behind other countries to being 28th in the world. Both rankings are true of Japan, so the question is: when will the country close the gap and rise from being 28th to being 5th? The Japanese government argues that Japan’s productivity has improved since 2007, and that its growth rate compares with the rest of the world. However, productivity per worker has not increased as much as has productivity per person. Therefore, it would appear that Japan is moving in the right direction, but for the wrong reasons.

Global economy has grown in the last fifty years at an annual rate of 3.6%, with half of the growth owing to population growth and half to productivity growth. People in Japan wonder why the inflation target is not working as expected, and they do not realize that the prevailing notion that there is no correlation between population growth and inflation is ludicrous. Japan ranks third in the world in terms of GDP, obviously because of its large population. Last year, roughly 1 million working age Japanese people disappeared from the data. This is equivalent to a 2 trillion yen reduction in demand, and this downward trend will continue through 2040. Japanese demand is declining at the fastest rate in the world, with the working age population decreasing by 42.5%, marking the most drastic fall since the plague hit Europe in 1347.

Japan is fourth in terms of total amount of exports, but ranks 44th on the basis of per capita. In contrast, German exports are twice the size of Japan’s in absolute terms, but its population is two-thirds that of Japan. Japan’s percentage of exports to GDP is 12%, ranking 113th globally. This can be misleading because a low level of exports means a low level of productivity and a large number of people with low productivity. This means that wages must go up.

When population decreases, productivity must be boosted in order for an economy to move sideways. However, Keidanren has refused to raise wages. There is a strong correlation (87%) between productivity and the level of minimum wage. Raising the minimum wage to drive productivity growth is a growing trend. The UK introduced the minimum wage in 1999. It was originally a social policy introduced by a labor government after years of Tory rule. The UK government has raised the minimum wage every year, forcing productivity to rise and unemployment to drop. Later recognized as an effective economy policy, this policy has been in China since 2004 and recently by Germany and New Zealand.

Returning to the reason for the discrepancy between “5 and 28,” it can be explained as a result of the low level of wages in Japan, which is a consequence of the larger number of people working for smaller companies compared to the rest of the developed world. In the US, 48.5% of the workforce is employed by a large company. Denmark, boasting high productivity and high wages, has the second largest percentage of the working population working for large companies. New Zealand has implemented a similar policy to Denmark but has not been as successful, and this seems to be due to the higher percentage of people working for small companies. Productivity per capita in Japan is lower than Italy and Spain and 3% higher than Greece. Productivity and competitiveness are broadly in line with each other in Italy and Spain, unlike Japan, which has the largest discrepancy in the world. The number of workers employed by companies with less than twenty employees in Japan is around the same as Italy and Spain. The larger the company, the larger the wages, but with 20% of the labor force working for companies with less than 20 people, and 30% for companies with less than 30 people, it is difficult to increase exports. “5 and 28” means that infrastructure and advanced technologies are available but not used. Small companies cannot use the Big Data technologies that Japan takes pride in. Raising minimum wage is the sole economic tool that can be relied on to bring Japan from “5 to 28.”

Mr. Atkinson’s initial comments were followed by an intensive round of questions and discussion. Some points brought up included Japan’s weakness in running numbers to work out the causal relationship between phenomena and its tendency to pick up valid data points that do not always explain the overall situation, as well as its tendency to try to find good reasons for denying any need for change. Other topics included the role of innovation through startups, the role of technology, and incentives of tax policy.