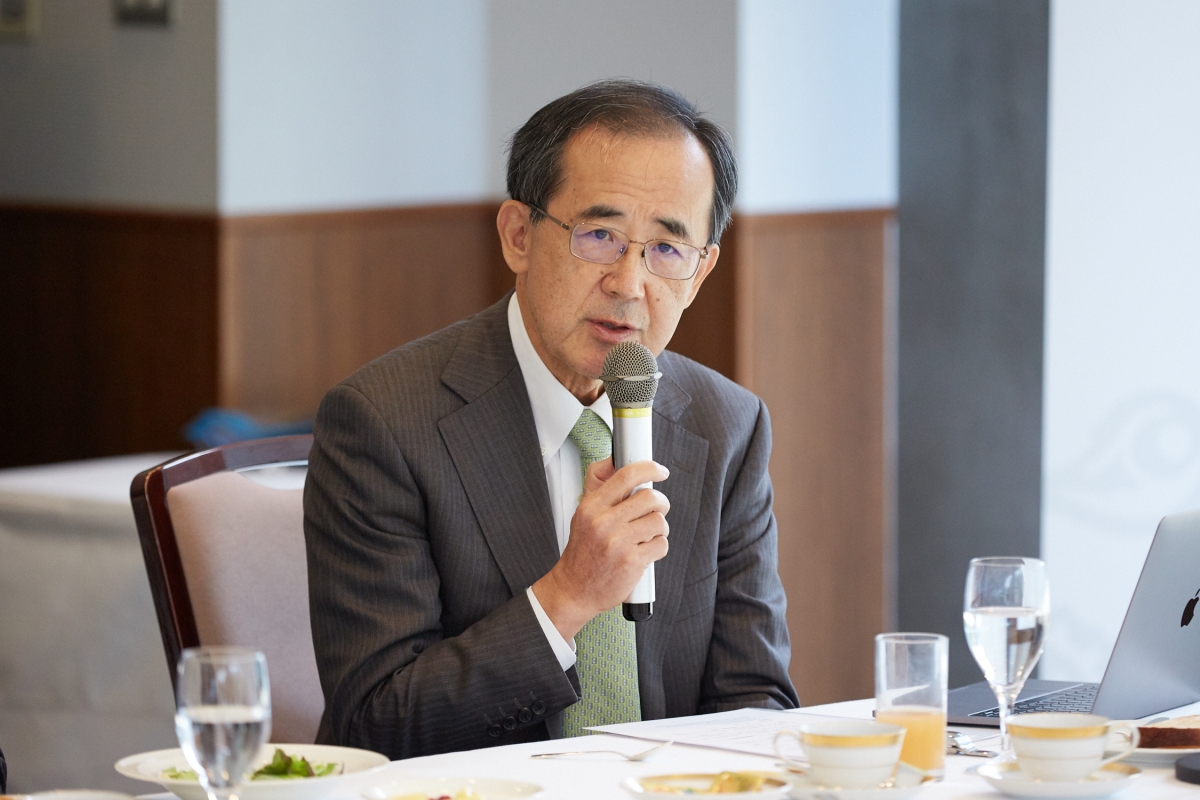 Professor Shirakawa’s discussion titled, "Challenges to Central Banking -
Personal Reflections from a former-Bank of Japan Governor", Prof. Shirakawa shared his experiences as Governor of the Bank of Japan during what was one of the most challenging times for a central banker, embracing the collapse of the Lehman Brothers, the sovereign debt crisis in the euro area, the Great East Japan Earthquake accompanied by a nuclear power plant accident, and domestic political instability.

Here is the summary:

Prof. Shirakawa served five years as Governor of the Bank of Japan in extraordinary times challenged with the global financial crisis and the sovereign debt crisis in the euro area, as well as the Great East Japan Earthquake and nuclear power plant accident in Fukushima. Given frequent leadership turnover, it was also a time of domestic political instability in Japan.

Prof. Shirakawa offered his analysis of lessons to be learnt from the global financial crisis, highlighting some aspects that tend to be overlooked or undervalued:

The first lesson stressed was the importance of preventing economic bubbles, therefore avoiding the economic and social cost of financial crisis. While this would appear to be an obvious fact, Prof. Shirakawa mentioned that the “mop up after” strategy had prevailing support among academics and policymakers prior to the global financial crisis. Secondly, he emphasized that the central bank’s role as lender of last resort is critical in averting financial system collapse, noting that he believed that the dollar swap agreement with Fed NY was the most effective and most appreciated measure among Japanese banks. Thirdly, he pointed to the importance of central banks as a provider of a safe and robust settlement system as well as their role as plumbers, showcasing the often under rated Continuous Link Settlement (CLS) system, which had been developed only a while before the global financial crisis to avoid potential settlement risk due to time difference. Prof. Shirakawa felt that the effects of unconventional or aggressive monetary policy were rather limited in terms of stimulating economic activity and recalls that he was not anticipating his foreign counterparts adopt similar policies prior to global financial crisis. He noted that the US, the UK and the euro area all experienced declining real GDP trends similar to the path followed by Japan after its bubble economy burst.

Prof. Shirakawa referred to the collapse of Yamaichi Securities in 1997 and that of Lehman Brothers in 2008 as similar events that were approached differently. Fed did not act as lender of last resort in the Lehman collapse, whereas the Japanese government and BOJ worked meticulously together to contain the crisis by providing an unlimited amount of liquidity. This gives us insight on the role of central banks and the implications of their response to financial crisis. Prof. Shirakawa also offered food for thought on how the handling of the Lehman failure might have impacted American populism.